Snuggled up cozily among the gigantic mountains of the Himalayan range is the quintessential ‘Kathmandu Valley’ that speaks of nature’s glory alongside rapid urbanization!

Within the Valley lies a city with the same name, the Kathmandu City, powered by a rich cultural and historical background.

The inception of Kathmandu dates back to the ancient times and is older than 185 A.D.

The metropolis got its name from a temple known as Kasthamandap built in 1596 at the Durbar Square.As per legends and the contents of the Swayambhu Purana, Kathmandu was once a huge, deep lake filled with snakes and was called ‘Nagdaha’. 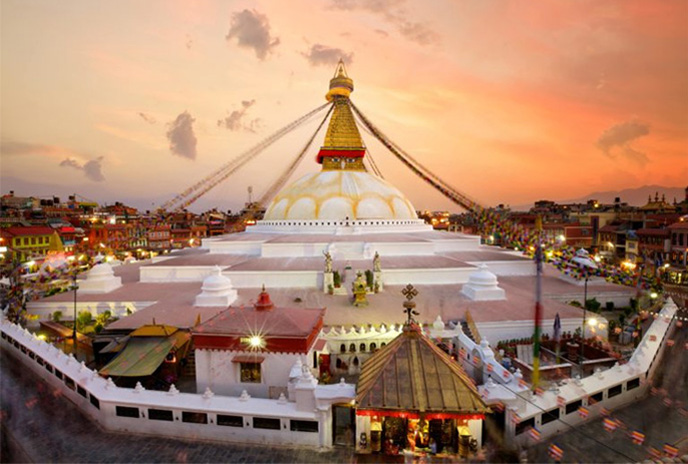 Bodhisathwa Manjusri traveled to Nepal from the west and cut the rim of the valley with his sword to release the water from it, resulting in the formation of the ‘Kathmandu’ we know today.

During the Licchavi period, Kathmandu witnessed the establishment of the most ancient sacred sites for both Hinduism and Buddhism.

Kathmandu is the center of Nepal’s history, art, culture & economy hosting people from different ethnicities with a majority of Hindus and Buddhists. As the largest metropolitan in Nepal, Kathmandu city has a population of over 5 million and is made up of Lalitpur, Kirtipur, Madhyapur, Thimi, Bhaktapur, and a cluster of municipalities across the valley.

Kathmandu is part of Nepal Province 3 and also has international recognition as the SAARC headquarters since 1985.

Kathmandu experiences a mix of two temperature zones: Warm and Cool  Temperate Zones which differs across the city. The metropolis generally has a climate with warm days followed by cool nights and mornings.

Tourism and Some Interesting Places 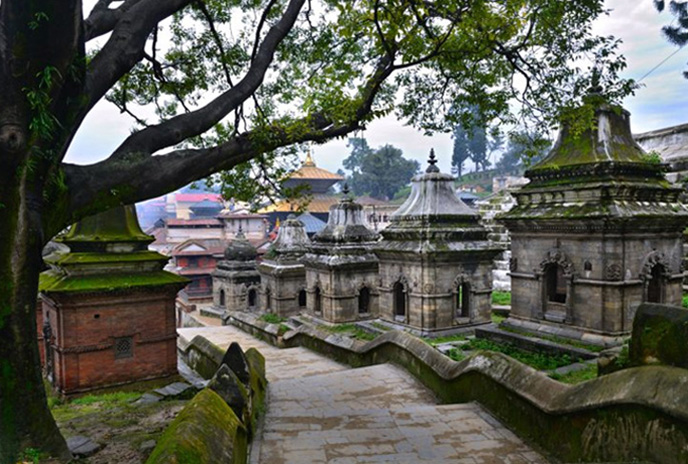 Nepal opened to the world in 1950 after its long isolation. Following this, air transport was started between Kathmandu and Raxaul in 1956 paving the way for tourism in the city.

Kathmandu is the gateway to Nepal’s Himalayan range and thus, serves as an important tourist destination. World’s renowned travel advisor Trip Advisor placed Kathmandu at ‘third’ among the top ten upcoming travel destinations in the world and first rank in Asia, in its 2013 ranking.

Kathmandu has some iconic sites and structures that draw innumerable tourists from around the world. Unfortunately, the 2015 earthquake shook Nepal and robbed Kathmandu of most of its remarkable heritage sites.

Here are some of the iconic places that add to the city’s charm: 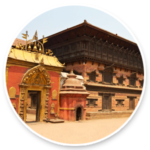 Kumari Bahal:
Situated at the junction of Durbar and Basantapur squares, this three-storey structure was built by Jaya Prakash Malla in 1757. Styled like a Buddhist Vihara, the building has courtyard and a small stupa with symbols of Goddess Saraswati. This historic site houses the Kumari, a girl selected to be the country’s living goddess and a symbol of Devi. 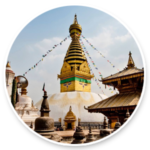 This Buddhist stupa is one of the classics of Kathmandu Valley’s architecture. The perfectly-proportioned Swayambhunath rises out of a white dome to from a glided steeple from where, four iconic faces of Buddha look at the entire valley in their respective directions. 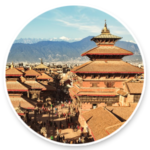 Durbar Square:
Kathmandu’s Durbar square dates back to the Licchavi period in the third century and is a reflection of Newar artists and craftsmen’s hardwork over centuries. The famous ruler Prithvi Narayan Shah preferred this architectural beauty as his palace over other monuments.
Hanuman Dhoka: 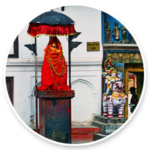 Kathmandu’s royal palace or Hanuman Dhoka was also constructed during the Licchavi period. The palace is a masterpiece and still maintains a charming beauty even after witnessing the devastating effects of the April 2015 earthquake. The place is a fond remembrance of the epic Ramayana and has a Hanuman statue cloaked in red and covered by an umbrella.
Garden of Dreams:

Also known as Swapna Bagaicha, this splendid enclave takes you to a different place in your mind. Built by Field Marshal Kaiser Shamsher in 1920, the Garden of Dreams was made after taking inspiration from several estates in England. It is characterized by innumerable gorgeous detailing, including a marble inscription from Omar Khan’s Rubaiyat and a quirky ‘hidden garden’ to the south.
Seto Machendranath:

Situated southwest of the Asar Tole in Kathmandu, this temple is a place of worship for both Buddhists and Hindus. It was built in devotion to Lord Avalokiteshvara and has a white image of the deity. The courtyard hosts a lot of miniature shrines, small stupas and statues. 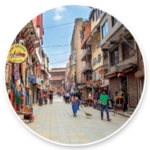 Freak Street:
A famous street in Kathmandu, Freak Street earned its name due to a large number of hippies who lived here during the 1960s and 70s. The main attraction of this street was its government-run hashish shops.
Asan Tole: 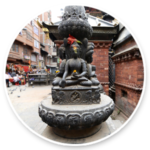 This six-spoked junction is cramped with vegetable and spice vendors from morning till evening. You can find items like yak tails and dried fish at this crowded market. Thanks to the Goddess of Abundance seated in the Annapurna temple within the vicinity, this place never runs out on its continuous supply of goods!
Thamel Chowk: 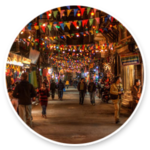 Thamel in Kathmandu is known as the Shopping Mecca in Nepal. It has a plenty of bookstores, outdoor outfitters, banks and shops selling glass pipes, Tibetan Singing bowls, incense, prayer flags, kukri swords and innumerable eaeries.

Despite the challenging the earthquake that rocked its very foundations, Kathmandu manages to attract tourists with remnants of its heritage and a sense of warmth that will always linger in their hearts.

The capital city of Nepal with all its grandeur and activity will always surprise its visitors while also keeping them in touch with nature.