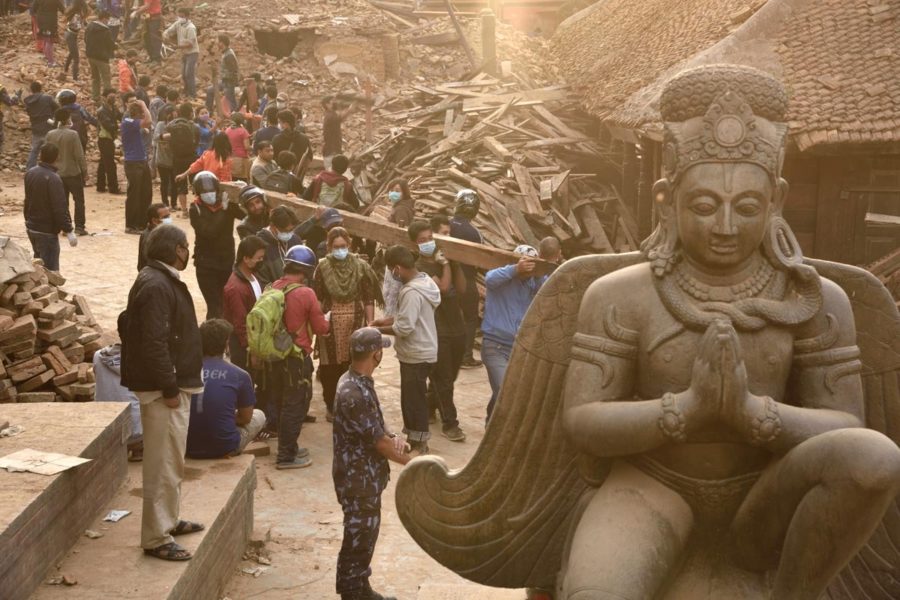 It was exactly three years back in 2015 that Nepal saw a massive earthquake that shook the country’s landscape leaving thousands in distress.

The country has also seen a long-awaited political transformation and is hoping a lot from the new government towards the recovery and reconstruction activities.

Since then, Nepal has been struggling a lot and is still on path of recovery across various areas of development through the earthquake recovery program.

As a process, the country received a wide range of support from the global community and has so far received an international aid of USD 4.1 billion under the program.

On April 25, 2018, the world observed the third anniversary of Nepal’s devastating 2015 earthquake which took away the lives of almost 9,000 people leaving a loss of USD 7 billion.

Marking the day, various programs were held across the country as a homage to the victims of the earthquake.

In Nepal, the day started with a prayer meeting at the ruins of famous Dharahara tower in Kathmandu. The event was attended by hundreds of people including the Prime Minister KP Sharma Oli.

Speaking at the event, President Bidya Devi Bhandari recalled the tragedy the earthquake has caused resulting in thousands of human casualties and damaging physical infrastructure.

Later in a tweet, she called on authorities for early completion of reconstruction works.

In this regard, let’s take a look at some of the major moves taken to support the victims of the 2015 earthquake in Nepal:

The Government of Nepal had set up the National Reconstruction Authority (NRA) to support those who witnessed huge losses in the 2015 earthquake.

The power decentralization and strengthening of local bodies across the country, as proposed by the 2015 federal constitution and taken ahead by the recently-concluded elections, is expected to take the relief measures and recovery support process to the next level driven by the active participation of provincial governments.

This was evident in wider application of the earthquake recovery policy, which took a different turn after the August 2017 floods, wherein, the government adopted earthquake-related policies to the flood victims as well and also passed the Disaster Risk Reduction and Management Act, 2017.

Further in collaboration with the United Nations Development Program (UNDP), the National Disaster Risk Reduction and Management Authority was also formed taking ahead the need for effective disaster management among the country’s populace.

The government had initially called for completion of the reconstruction activity by July 2018 and has also revised deadlines asking the victims to ensure completion of homes up to the plinth level by mid-July 2018 and the roof-line by mid-January 2019, says Dr Bhisma Bhusal, a NRA spokesperson.

Meanwhile, the owner-driven housing reconstruction program has also been started in consultation with the World Bank, the program’s largest lender.

Supporting the government’s move, UNDP has also recently stepped up for its assistance on various aspects of the recovery program. It has pledged an all-round support to the victims of the worst-hit Gorkha district.

UNDP joined with the Government of India in March 2018 to assist around 27,000 home-owners to rebuild their houses damaged in the earthquake. 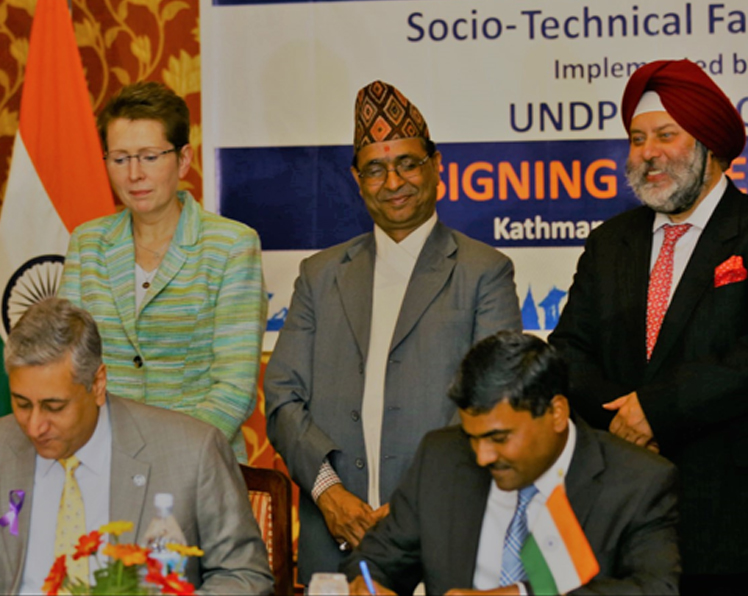 Upon a full-fledged implementation, this program will be the largest-ever post-disaster recovery program initiated by UNDP so far.

In the process, UNDP has also partnered with a large number of NGOs who assisted the organization in developing the Owner-driven Reconstruction Collaborative (ODRC).

The United Nations Office for Project Services (UNOPS) has also pledged its housing recovery support to the victims of Nuwakot District.

This program that involves technical and financial support by the Government of India is being seen as a move that reflects the South-South cooperation.

Besides, there is also a trend of more number of people sending their family members to go abroad and support them locally in reconstruction activity. Surprisingly, this activity has boosted up remittance revenues to Nepal.

The Asian Foundation reports a rise in dependence of quake-hit victims on remittance revenues to Nepal from 9 percent in 2015 to 15 percent in 2017 driven by the increasing number of migrants from quake-hit areas.

Despite the huge support, the support for quake-hit survivors is still a long way to go, says the globally-renowned Human Rights Watch (HRW).

Citing official reports, it says only 16 percent of the total international aid is used as part of recovery support.

After waiting a lot for the support, the communities themselves started rebuilding schools and homes. 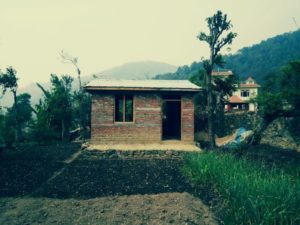 According to the reports, the government has spent USD 1.1 billion out of the estimated USD 8 billion fund meant for recovery activity.

Meanwhile, a 2017 study by the Asia Foundation cites lack of financial resources among the house owners as a key reason behind the delay in completion of reconstruction activity.

According to the Housing Recovery and Reconstruction Platform (HRRP), the median cost associated with house reconstruction stands at USD 6,750, which is quite higher than the government grant.

The building construction costs in Nepal have increased with the occurrence of earthquake and have gone to next level post the announcement of reconstruction deadlines, thus resulting in increased labor and material costs.

Overall, financing reconstruction has been a major challenge for many victims hindering the progress of earthquake reconstruction activity, and an unfortunate trend of people rebuilding one-room houses to get the best out of government subsidies is also observed across the country.

Nepal is one country that is fast developing by making major strides alongside balancing key infrastructure challenges resulting out of climate change and other environmental challenges. Hope, new policies and the decentralized government functioning will address the public concerns associated with natural disasters at grassroot levels in a timely manner and through efficient disaster management systems.