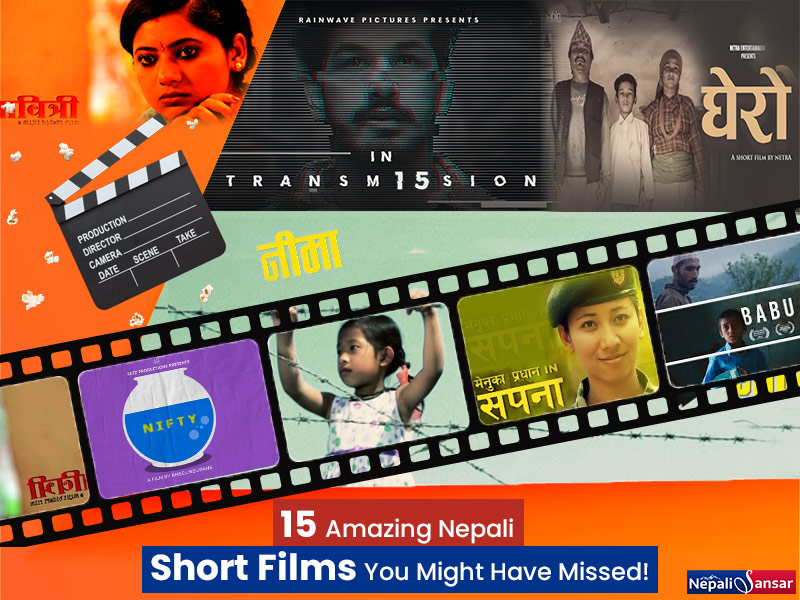 Short films have become quite a rage among cinema-lovers across the world in the past few years.

Amid the ongoing pandemic, because of the lack of means to shoot and ‘stay at home’ situation, short films emerged as the most popular way for actors and directors to fulfill their creative urges and enthrall the audience.

Now, with ample time on hand, there are some amazing Nepali short films available on YouTube for free to watch.

These short films can help you escape reality in moments of distress.

15 Best Award-Winning Nepali Short Films to Lose Yourself In:

Logline: A fable about the struggles and sufferings of a school-going child who tries to help his family recover from the 2015-earthquake while his father flies to a foreign country for work.

Logline: Ram joins the Moist force during the ten-year-long civil war hoping that the Maoist revolution makes their lives better. After three years, he returns home to celebrate Dashain, only to realize that he must trade Chyanti, the family goat beloved by his daughter Sani, to feed his family and send his daughter to school.

Logline: A love story that shows how various stages of a relationship can obliviously impact more than just the people involved, through a fish’s perspective.

Logline: A tale of a married woman who got smitten by her colleague and struggles to overcome her feelings towards him.

Logline: A factory worker’s life changes after finding an antique TV that broadcasts programs 15 minutes ahead of actual time, allowing him to see into the future.

Some Other Outstanding Nepali Short Films Worth Watching: