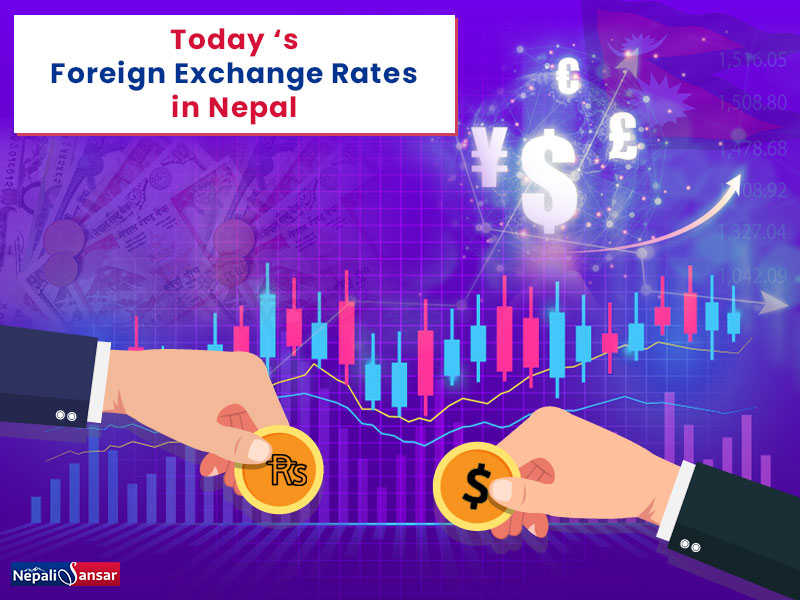 Foreign Exchange (Forex or FX) is trading of one national currency for another at a fixed rate known as the foreign exchange rate. For instance, one can exchange the US dollar for the euro as per the exchange rate.

Foreign currency exchange can be as simple as changing one currency for another at a local bank or trading currency on the foreign exchange market.

The foreign exchange market, also known as the ‘Forex Market’, is the world’s largest market by far with trillions of dollars changing hands daily, followed by the credit market. Surprisingly, there is no centralized, physical location for the market.

Instead, the forex market is an electronic network of large international banks, financial centers, brokers, and individual traders. The market determines the value of the exchange rate.

The most-traded currencies in the world are the US dollar, Japanese Yen, Euro, British Pound, and Australian Dollar.

The US dollar remains the dominant currency, being on one side of almost 88% of total daily value traded. Euro accounted for 32% of all the trades.

What About Foreign Exchange in Nepal? Scroll down! 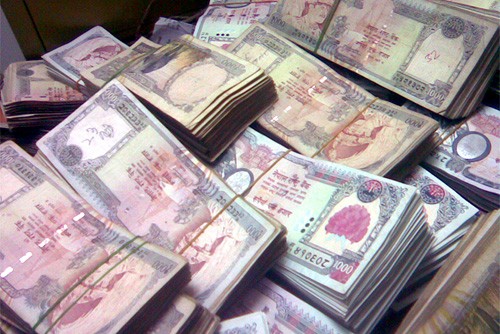 The Nepalese Rupee (NPR) is the official currency of Nepal. One rupee is subdivided into 100 paise. The issuance of Nepali currency is controlled by the Nepal Rastra Bank, the central bank of Nepal.

Currency converter calculators are of practical use to travelers looking to figure out how much of their home currency will value in the new foreign country.

How Can I Exchange Foreign Currency in Nepal? 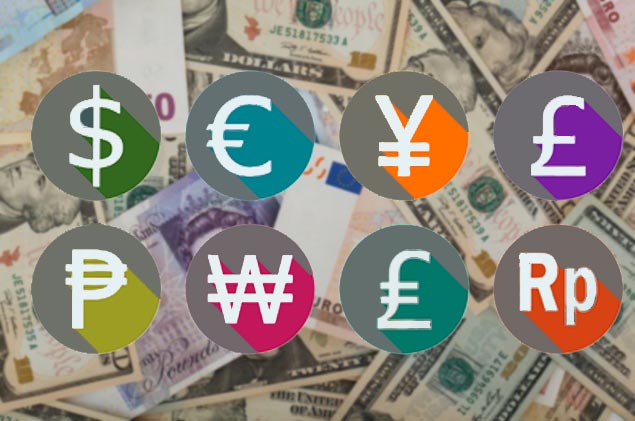 Foreigners advised to exchange currency with the authorized dealers only. They are also recommended to exchange only limited Nepal Rupees because only up to 10% of total Nepali currency can be reconverted to foreign currency while leaving the country through an airport.

To avoid legal issues, travelers are advised to exchange money with authorized dealers and keep receipts for all their currency exchange transactions.

Moreover, travelers should keep adequate small-denomination currency, as small vendors may be reluctant to provide change.

In Nepal, there are three primary operating rates: an official rate by Nepal Rastra Bank, a legal rate by private banks, and an illegal rate by the black market.

Black market rates are the most favorable, generous exchange rates. For this reason, much local commerce takes place at the black-market exchange rates.

Commercial banks are the most reliable option if you want to exchange money at the published rates. The banks generally offer better exchange rates than the licensed currency changers, but you might have to wait in a queue.

You are also required to follow some procedures, show your passport, and fill some forms. However, it is the easiest way to exchange money as you can easily find banks in central cities, including Kathmandu, Pokhara, and Chitwan.

To avoid queues, form filling, and waiting for currency exchange, you can prefer ATMs to withdraw Nepal currency.

You need to pay a service charge for each ATM withdrawal. However, ATMs are not evenly spread across the country. Kathmandu has most of the ATMs in the country. While almost every ATM in famous cities like Kathmandu, Chitwan, and Pokhara accepts international cards, those in other places accept only national bank cards.

Money Exchange offices offer currency exchange at rates slightly lower than the rates offered by banks. You can find these offices easily at tourist locations.

You can also exchange your currency at some major tourism agencies and hotels, where the rate is usually meager than that offered by banks and currency exchangers. 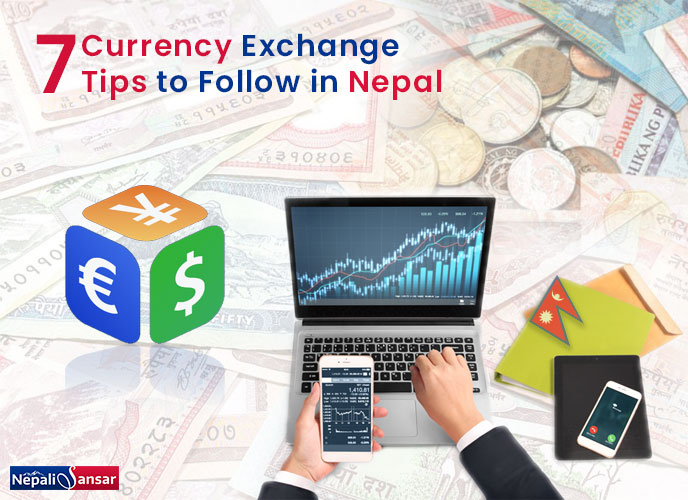 Confusing exchange rates and hidden charges can make it difficult to know if you are getting the best deal.

Follow these simple tips to save time and money on foreign exchange and make the best of your stay in Nepal:

1) Say No to No-Commission

A ‘No-Commission’ board at the exchange offices can always be attractive. Please don’t fall for it. You’ll end up exchanging currency at the lowest rate. You’ll receive a way lesser amount compared to the offices which charge some transaction fee.

You should research the exchange rate regularly to know the correct value running on a particular day. So, you can avoid getting cheated.

The forex market comes with its own set of jargons and terms. So, before exchanging your currency, try to learn the terminology to understand how forex works. Some of the essential terms you should learn about: Exchange Rate, Buy Rate, and Bank to Bank Rate.

The foreign exchange offices at airports have the highest conversion charges. They charge you with a margin of 8-12% of the cash you exchange. It is better to exchange currency in the local areas.

Credit and debit cards charge a high transaction fee when you make a payment in a foreign land. You’ll end up paying huge transaction fees than intended.

7) Get Rid of Foreign Currency Before Leaving

Get rid of all Nepali currency before you leave Nepal. Because you’ll end up paying an exchange fee again to convert any money you have leftover back to your national currency when you get home.