Top 15 Richest Nepalese in the World 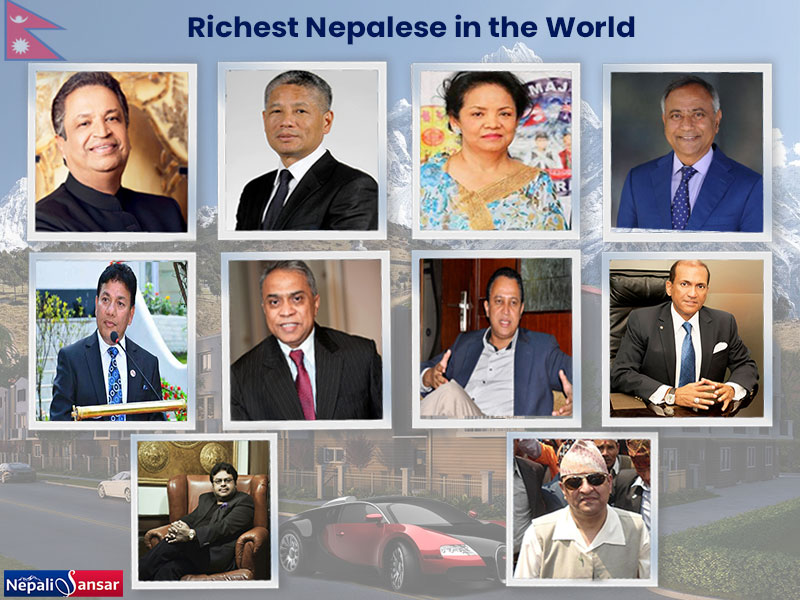 Wealth does not remain constant, especially during the present-day fluctuating industry scenario.

Despite the country’s critical economic situation, several Nepalis have added billions to their fortune with their hard work and talent.

Nepal has produced several billionaires and millionaires who occupy significant positions in the list of richest persons in the world today.

Here is the list of 15 richest Nepalis in the world right now: 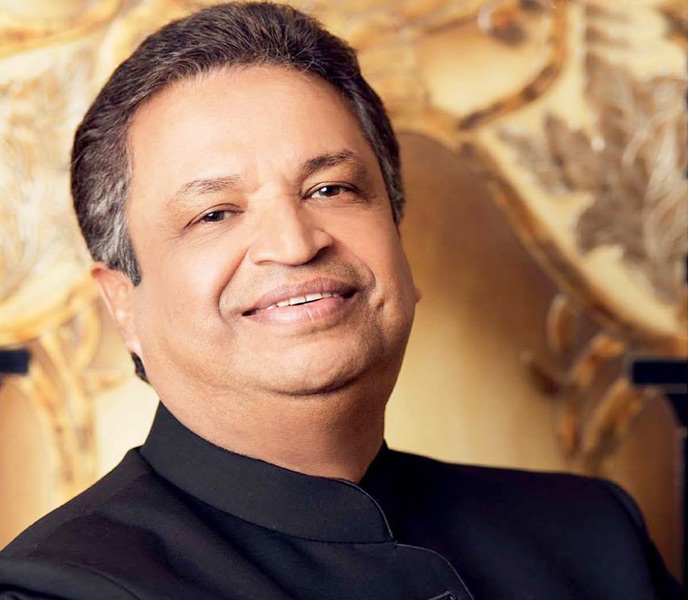 Binod Chaudhary, the richest Nepali in the world, is the first businessman from the Himalayan country to enter the Forbes billionaire list with a net worth of USD 1.7 billion.

He started his entrepreneurial journey at the age of 19 with a nightclub called Copper Floor in Kathmandu. Now, Binod owns Nepal’s largest and most trusted brand Chaudhary Group, which is a multinational conglomerate providing consumer goods, hospitality services, financial services, education, electronics, biotech, and real estate. With entrepreneurial ventures spread across 19 countries, he runs over 80 companies.

But perhaps CG is best known for its brand of the most famous Wai Wai noodles, with presence in India, the US, Saudi Arabia, Serbia, Bangladesh, and many other countries. CG manufactures around one billion noodles packets per year, and 95% of it is the brand product Wai Wai 1-2-3 Chicken Noodles.

Binod Chowdary has claimed the 1349th position in the Forbes’ Billionaire List 2019. 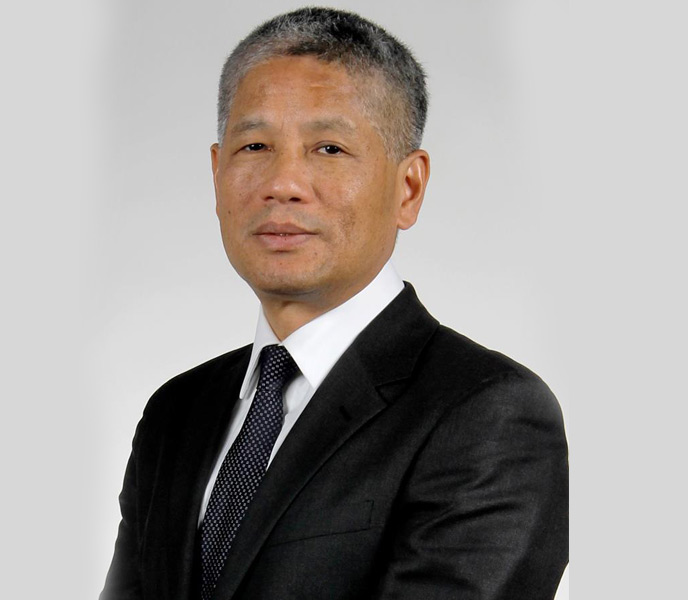 Shesh Ghale is the second richest person in Nepal, with a net worth of USD 1.18 billion. Gale was the former President of the Non-resident Nepalese Association (NRNA) and is currently the CEO and Co-founder of Melbourne Institute of Technology (MIT), Australia.

Gale is the first billionaire in the global Nepalis diaspora and the second billionaire of Nepali origin. He was named the 78th richest person in Australia in the Australian Financial Review 2019 Rich List, surpassing the previous year’s 81st position.

Gale is well-known for his philanthropic activities during the 2015 earthquake in Nepal. 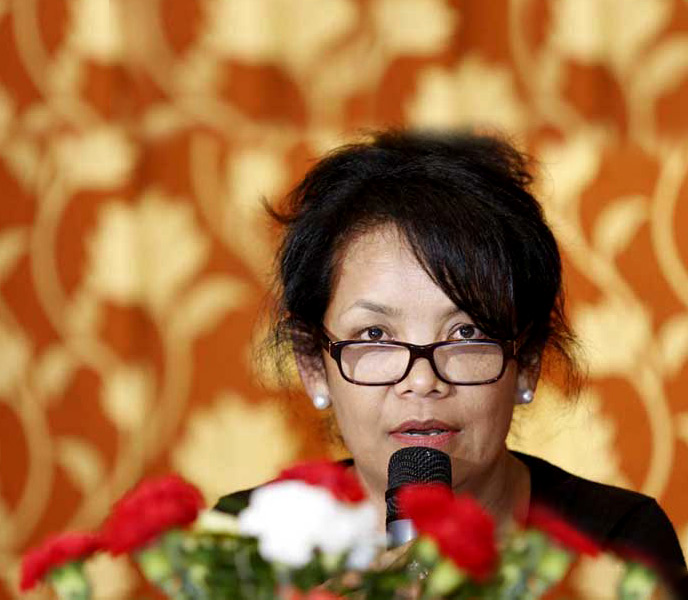 Born in Nepal and educated in Australia, Jamuna Gurung is the first woman in the list of richest persons in Nepal. With a net worth of USD 260 million, she is the 8th richest woman in Australia.

She is currently the Executive Director and Managing Director of the Melbourne Institute of Technology (MIT), Australia, which she co-founded with her husband Shesh Ghale, the second billionaire in Nepal. 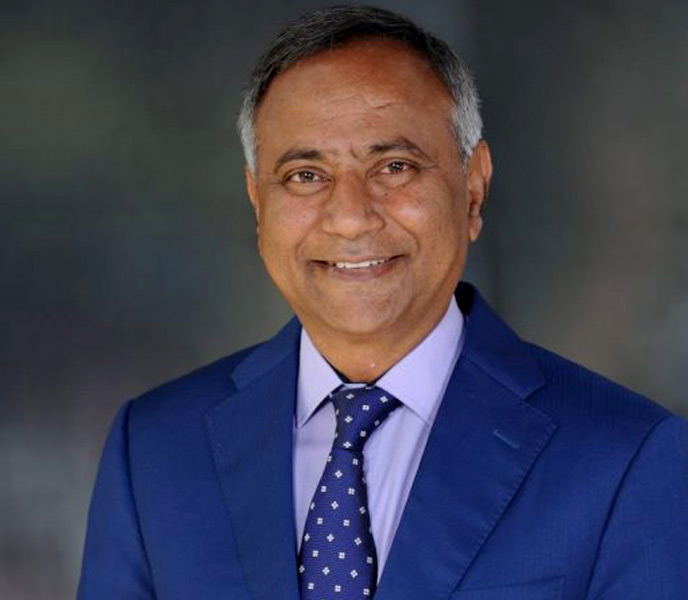 Upendra Mahato, currently residing in Moscow, is considered the third richest Nepali, with a net worth estimated between USD 250 million to USD 900 million.

His wealth raised from his work in multinational business and the television factory that he founded in Russia. He has also invested in electronics, oil and gas, real estate, heavy machinery, financial services, and Ncell-Axiata of Nepal.

Mahato was the former President of the International Coordination Council (ICC) of NRNA. Currently, he is the President of the Russia-Nepal Chamber of Commerce and Industry. He is also the Honorary Consul General of Nepal in the Republic of Belarus. 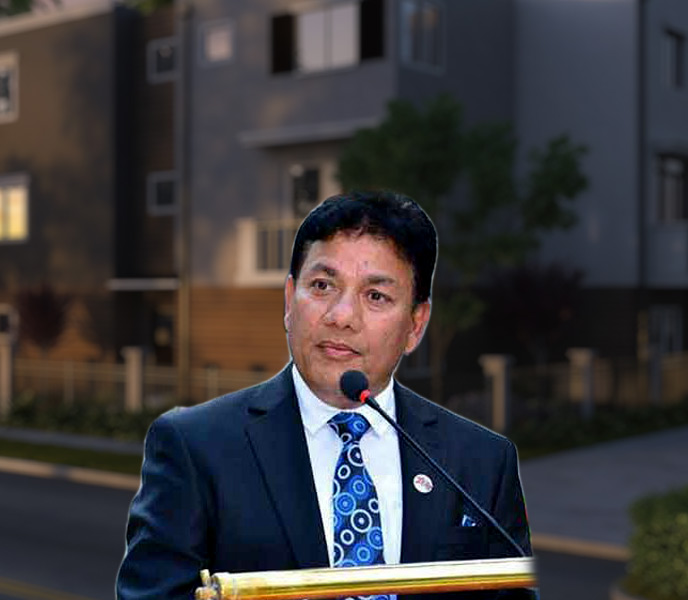 Ajay Sumargi, the Chairman of Muktishree Group of Companies, is Nepal’s richest man with a net worth of USD 200 million. He is the Executive Director of the Nepal Satellite Telecom Pvt. Ltd.

He has invested in many business and commercial projects in Nepal, including Muktishree Hydropower, Himalayas Spring Water, Hetauda Academy, and the National College of Higher Education (NCHE). 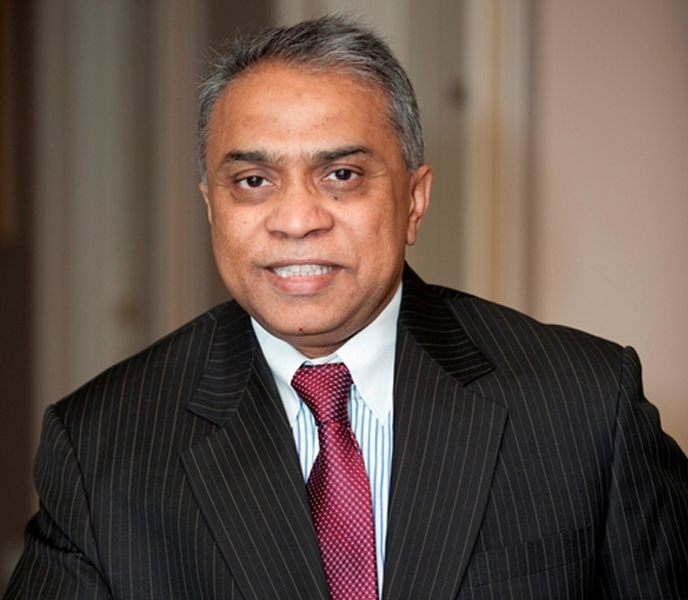 Born in Janakpur, Nepal, Adithya Jha is a Canada-based entrepreneur, philanthropist, and social activist with a USD 100 million net worth. He is the CEO and President of his software company Osellus Inc., with offices in Toronto and Bangkok.

Jha is also the owner of Karma Candy, one of the largest confectionery manufacturers in Canada.

He further diversified his business portfolio by acquiring several businesses, including dgMarket International Inc., one of the largest and oldest portals for tenders and consulting opportunities worldwide.

Aditya Jha is well-known for his philanthropic works in Nepal. He has funded the digital literacy project in Nepal by donating over 100 laptops to rural village schools. He has supported Nepal Library Foundation for establishing libraries in remote areas. 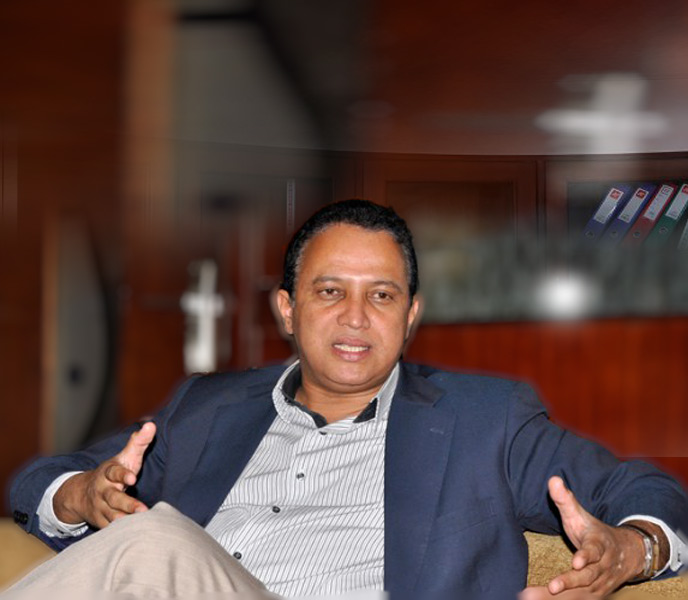 Businessman and writer Jiba Lamichhane is one of the top richest persons in Nepal, with an estimated net worth of USD 100 million. Currently, Jiba is the Managing Director of Techno Trust, the manufacturer of Elson Brand LCD TVs in Moscow, Russia.

Lamichhane is the former President of the ICC of NRNA and also one of the founders of NRNA. He is also known for his philanthropic activities. Jiba received the “Prawal Janasewshree Award,” one of the highest states of honor in Nepal, for his contribution to Nepal and Nepali diaspora. 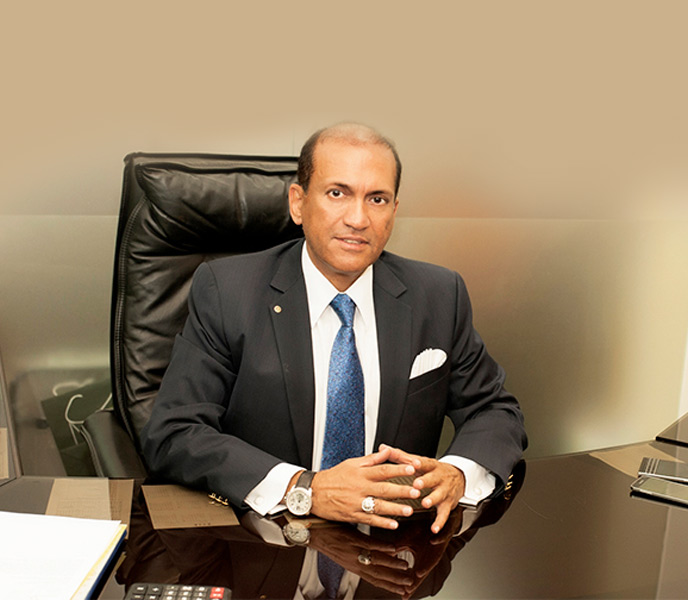 Balram Chainrai, also called Balu, is one of the leading businessmen in Hong Kong and the founder of the Chainrai Group of Companies. He is also the Managing Director of Hornington Enterprises Limited.

Born in Nepal, educated in Hong Kong, Balram speaks several languages and is fluent in English, Cantonese, and Sindhi.

Directed by his dynamic leadership, Hornington now has operations in several countries in Asia, Middle East, Ukraine, Europe, and Russia.

He is also a philanthropist and involved in many charitable activities worldwide. Balram is a member of the Rotary International and several other charitable trusts.

He was elected as the Vice-Chairman of the Indian Chamber of Commerce of Hong Kong in 2001, and subsequently became the President of the Chamber in 2007.

His hard work and keen business acumen made him one of Nepal’s richest man, with a net worth of USD 70 million. 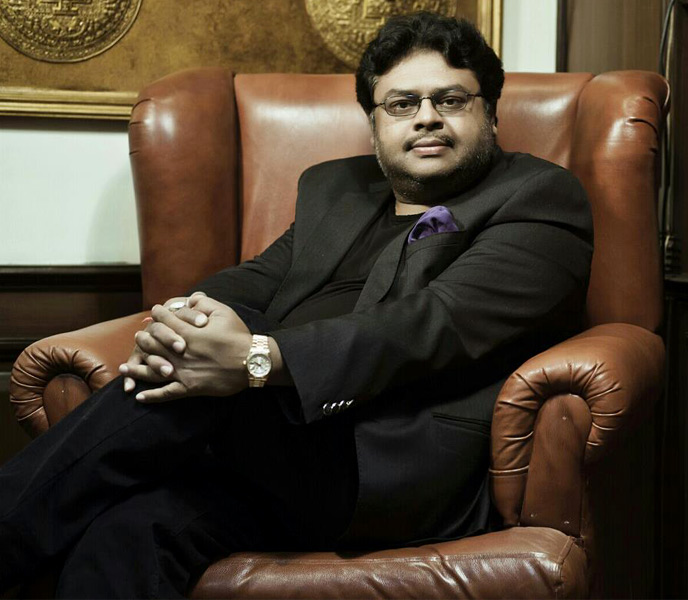 Born in Kathmandu, Rajendra Kumar Khetan is deemed a successful industrialist with his involvement in various industries, including mining, consumer goods like beverages and foodstuff, insurance, banking/financial services, telecommunications, IT, real estate, and energy.

Khetan, the eldest son of the renowned industrialist late Mohan Gopal Khetan, is now partly the sole owner of a 170-years old family-owned business that parted with Khetan Group.

He is also a recipient of Honorific orders. He is the Senate Member of Kathmandu University, Honorary Consul of Portugal and President of Nepal Britain Chambers of Commerce and Industry & Alliance Française Kathmandu.

He was Vice President of FNCCI & Chairman of Laxmi Bank among the other 12 different identities.

With a net worth of around USD 150-500 million, Rajendra bagged a prominent position in the list of richest Nepalese. 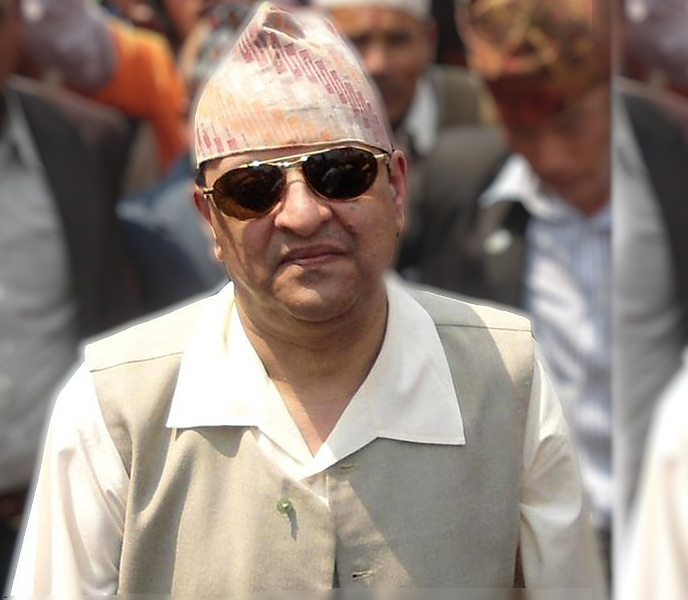 Gyanendra Bir Bikram Shah Dev is the former king of Nepal from 2001 to 2008. He was crowned as the king of Nepal in 2001 after the massacre of King Birendra. Later, he was dethroned in 2008 when the Constituent Assembly declared the nation as the Federal Democratic Republic of Nepal.

Even after the then Nepali Government nationalized all the properties he inherited from his late brother King Birendra, Gyanendra retained all of his personal wealth before his enthronement.

He now holds a 40% stake in Soaltee Hotel, a 54% stake in Himalayan Goodricke, a 39% stake in Surya Nepal Tobacco, and significant stakes in Annapurna Hotels.

King Gyanendra Bir Bikram Shah Dev’s total net worth is estimated to be around USD 58 Million, making him one of the richest people in Nepal.

Other Notable Richest Nepalese Include: 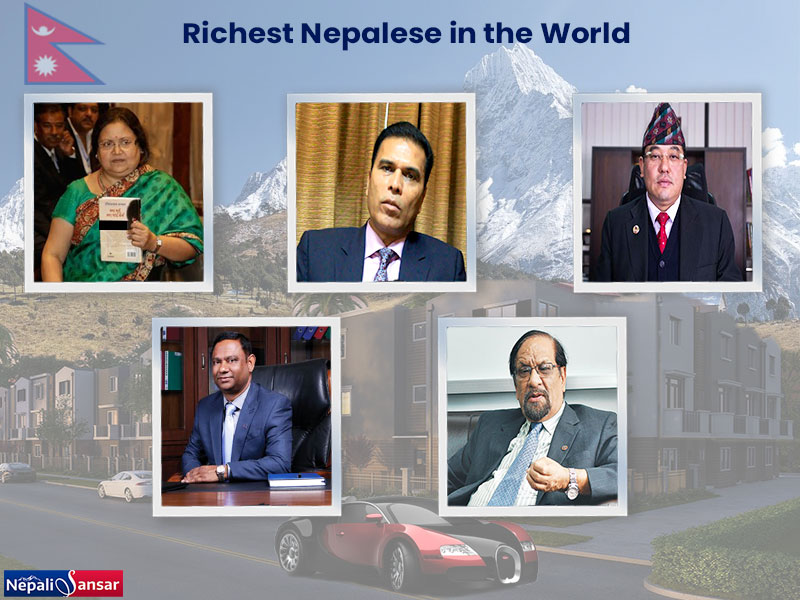