Navigation
Navigation
Home > News > Trek or vacation? Do Both at these Nepali Basecamps

Trek or vacation? Do Both at these Nepali Basecamps

Nepal is quite famous for trekking and the beautiful Himalayan sights. People from all the corners of the world throng the Himalayan nation as it houses the pristine flora and fauna rarely found elsewhere.

However, often, one is split between trekking and vacationing in Nepal. On the one hand, there are lay the daunting, most incredible mountains which need to be scaled, and on the other, one needs to wind off by soaking in Nepal’s beauty. Why not do both? Yes, one can get the best of both worlds. Let’s understand how.

When one goes trekking, there are specific base camps set up at stable terrain. These base camps are safe sites from locations from where the trekkers begin their journey from. These are also the sites that one descends to.

Although the base camps sound rather well-equipped, one has to realize that they are rudimentary tents or huts where one can rest. What makes the rest better is the view from the campsite.

As Nepal has eight mountains higher than 8,000 meters and more than 1,300 summits which are beyond 6,000 meters. These mountains offer the much-required variety to trekkers as Everest Base Camp, and Annapurna Base Camp are relatively crowded. Given the attention that Mt. Everest enjoys, this crowding was bound to happen.

The same is the case with the Annapurna Base Camp trek, which is quite popular. Fortunately, there are other base camps where one can enjoy stunning views from. Let’s see what those camps are.

To reach there, one would have to go through the quaint rural areas, ranging from Ghunsa to Panama. The rural residents are Sherpas, Rais, and Gurungs. One can enjoy the local hospitality while heading to the base camp.

The base camp trek begins at Taplejung, which can be reached from Birtamod via a bus ride. During the trek, one would encounter the blue sheep, snow leopards, and musk deer. You get the majestic view of Mt. Everest, Lhotse, Makalu, and others from this base camp. Be it the sunrise or the sunset; you are in for a treat. 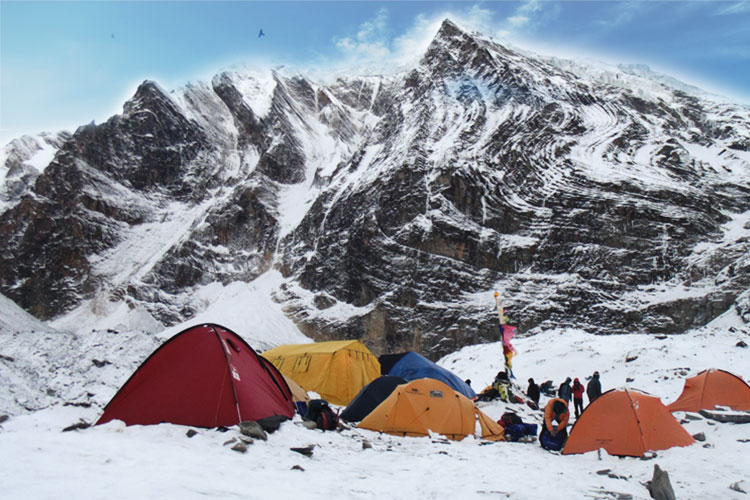 One has to embrace that trekking is an adventurous sport, and the same is the case with the trek to Dhaulagiri’s base camp. Located in the Pokhara region of Nepal, the base camp of Dhaulagiri, which is the seventh-highest Himalayan mountain, is situated above 4,750 meters altitude.

The trek to base camp oversees one to cross two passes: the French Pass and Thapa Pass. Trekkers will come about across the Italian Base Camp and Dhaulagiri North Base Camp. With the former, the travelers will witness snow and glaciers. With the latter, they shall enjoy the beautiful views of the Rhododendron forest.

Also Read: 7 Hidden Gems of Nepal that Every Tourist Should Explore

The campers will also soak in the world’s deepest gorge sights where the Kali Gandaki river flows (that’s a fun fact, isn’t it? Yes, Nepal has the world’s tallest mountain and deepest gorge). Gracing the view is the fauna that houses semi-wild yaks and mountain sheep, which one would encounter while trekking to the camp. 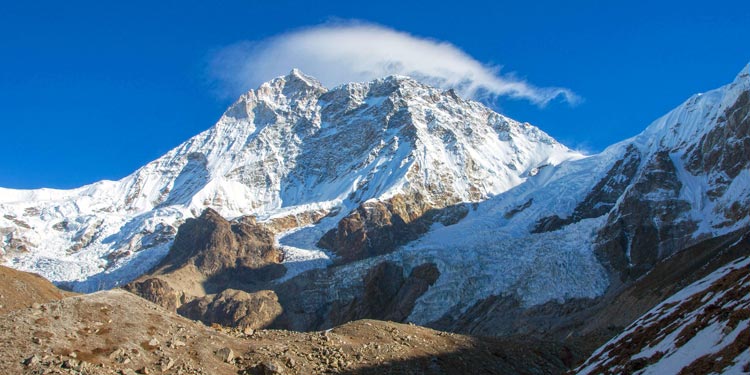 The base camp of Makalu is situated at 4870 meters altitude, while the summit is at 8,485 meters altitude. This trek and base camp are pretty popular among solo trekking enthusiasts. One of the major boons of going on the trek is that one sees the Makalu Barun National Park, located in Solukhumbu and Sankhuwasabha districts.

The park boasts 3,000 species of flora and has 440 species of birds. There are many other types of fauna in this park. But what makes this trek to the basecamp great is that the other trekkers less frequent it. The crowd is less at this base camp as the mountain is relatively remote and isolated from the other peaks. The solo-souls will cross two valleys: Arun and Barun, which can be reached from the mid-eastern Nepal region Tumlingtar.

Mardi Himal Base Camp is most excellent for the people running short of time as this trek to the base camp is the shortest. It is perched at an altitude of 4,450 meters and is closely situated to the east of the Annapurna Base Camp. The camp, which is deemed a hidden gem, endows the trekkers with the sights of ancient rhododendron forests and mountains of Hiunchuli, Machhapuchhre, Ganga Purna, and Annapurna.

The trek to the camp is made even better by the local people’s hospitality and green farmlands sights. One can also reach the base camp by trekking from Kande or Ghandruk, or Landruk. Finally, the journey can end at Siding or Landruk. 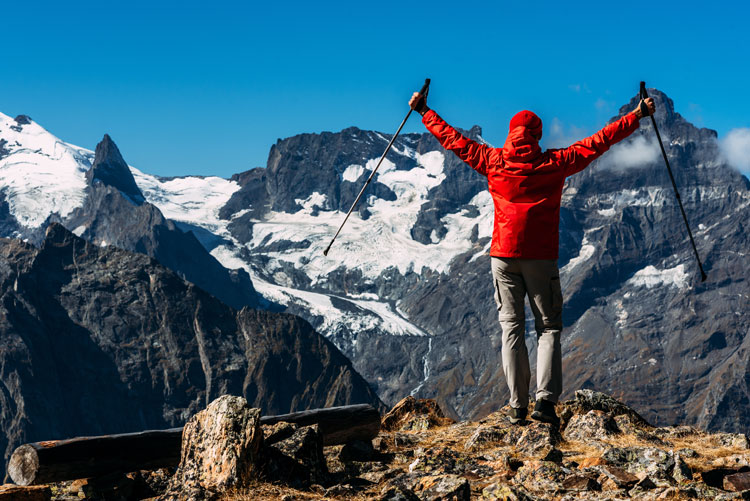 The trek to Api base camp is a different experience as most tourists do not frequent it. Given the sparse crowd or no crowd, one won’t find accommodations or hotels quite easily. So, camping outdoors or going for a homestay is the best option. But, this accommodation option should not sway you as the base camp boasts has a lot to offer.

Situated at the height of 4,250 meters, the base camp, named after Mount Api, is surrounded by the Api Nampa Conservation area. This flora and fauna sanctuary resonates with the beauty of the base campsite. One can feast on the sights of pristine grasslands adorned by lakes and streams. The region is populated by Hindus and Buddhists who have inoculated the area from modernity.

Thus, the alpine forests amplify the beauty of the region. Although reaching this destination is a challenging task, the result is jaw-dropping enough to make one visit this campsite. The best time to visit this base camp is during autumn and spring. 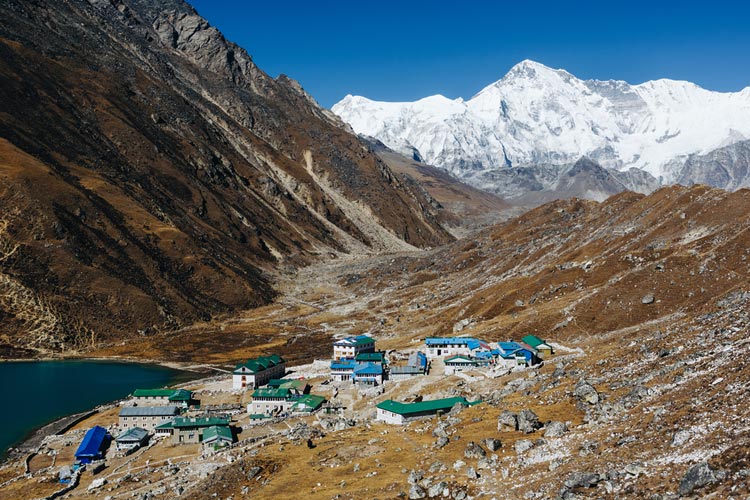 Cho Oyu is the sixth-tallest mountain as its summit is at 8,201 meters altitude. The mountain’s neighbor, Mt. Everest, is 20 km away, close to the Tibetan border. The trekkers will have to set aside a couple of weeks to reach the base camp, and one has to employ an off-roader to reach this campsite.

Due to the vehicular requirement, the campsite is relatively crowded. Despite the crowding, the tourists get to enjoy the sights of glaciers, mountainous views, and yak pastures. The trekkers will also gain insights into Tibetan culture. The campsite is close to Nangpa La, a trade route connecting Khumbu and Tibet. Nepal has laid a new road link to this campsite. 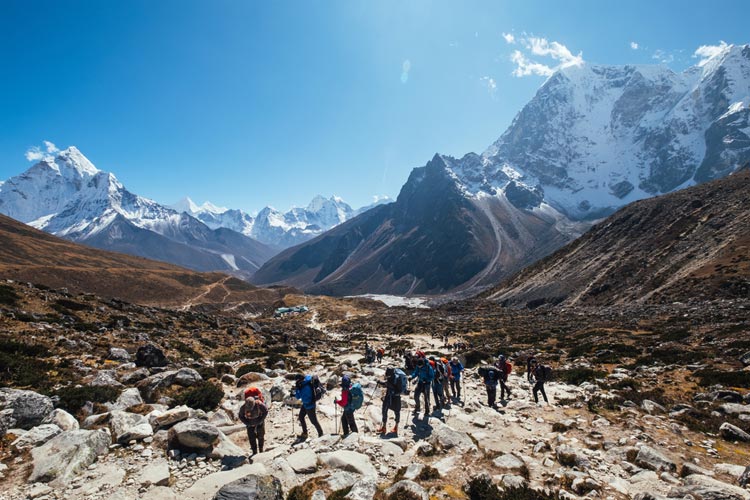 Described as one of the most beautiful mountains, Ama Dablam has a massive height of 6,812 meters. The base camp of Ama Dablam, which means mother’s necklace, is at the height of 4,600 meters. The people who are interested in reaching this base camp can reach Lukla from Kathmandu by flight.

The resident Sherpas of the Everest region exemplify their Buddhist culture, and one can visit the famous Thyangboche monastery. The mountaineers also come across mountains that range from Everest and Nuptse. One can also explore Namche Bazaar when they are headed to the campsite.

Overall, there is a lot that Nepal has to offer. But, given that life is hectic, one has to make the best of most. Be it taking on a challenge or winding off. But, unlike most countries, Nepal offers both. The thrill-seekers get to scale the mountains and admire the incredible views at the same time. So, pack your bags and take your camera along as views are second to none!