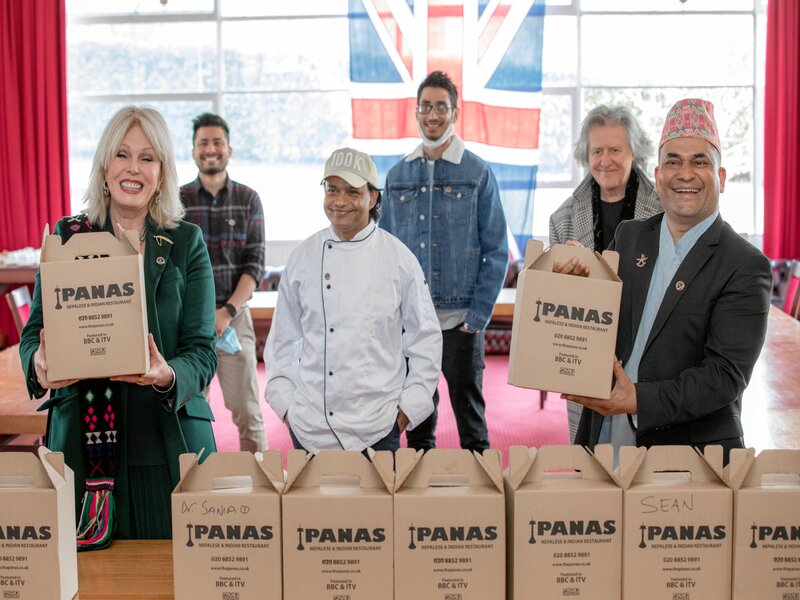 Amid the pandemic, a Nepali restaurant based-out in London took an extraordinary step in helping the needy, while the global restaurants reeled under the implications of stringent lockdown restrictions.

Panas Gurkha Restaurant in Lewisham, South London, launched a mission to cook 100,000 free meals for NHS workers, homeless shelters, and community centers after the restaurant was forced to shut down during the first lockdown last March.

On March 11, 2021, Panas Gurkha crossed the 100,000-mark after delivering free meals to the Royal Artillery Barracks in Greenwich. Sujan Katuwal, the restaurant owner, and actress Joanna Lumley, a long-time campaigner for the UK’s Nepali community, delivered the meals on Thursday.

“It is such a generous and open-hearted thing to look out and help people who are terribly busy and simply won’t have time to prepare food,” said actress Lumley. 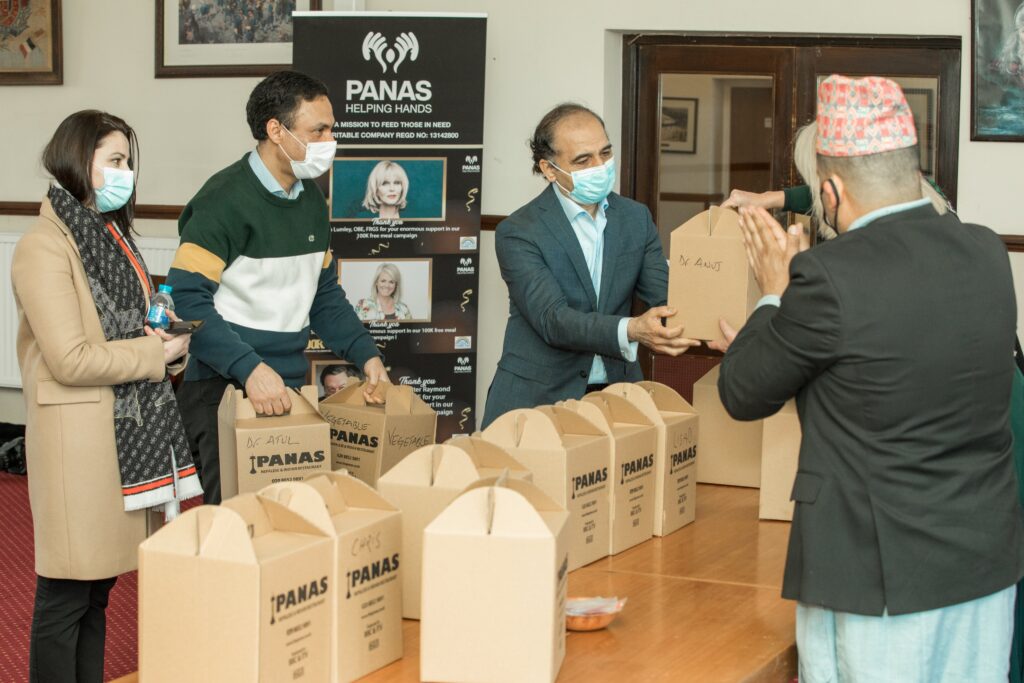 “They’ve looked after health care workers, the homeless community, and to crack through the 100,000-meal barrier is simply sensational. It should inspire us all, and it’s so heart-warming to hear of something so special happening so close to home in South London,” he added.

The restaurant has spent tens of thousands of pounds on the mission and launched a crowdfunding page earlier this year to help keep the campaign going.

“Although it’s been hard for restaurants too, it’s always so important to remember those who are less fortunate than you,” said Katuwal.

“I know Joanna shares this sense of community spirit too. Her help has been invaluable and to have her with us handing out food to the people who really need it right now is really special,” he added. 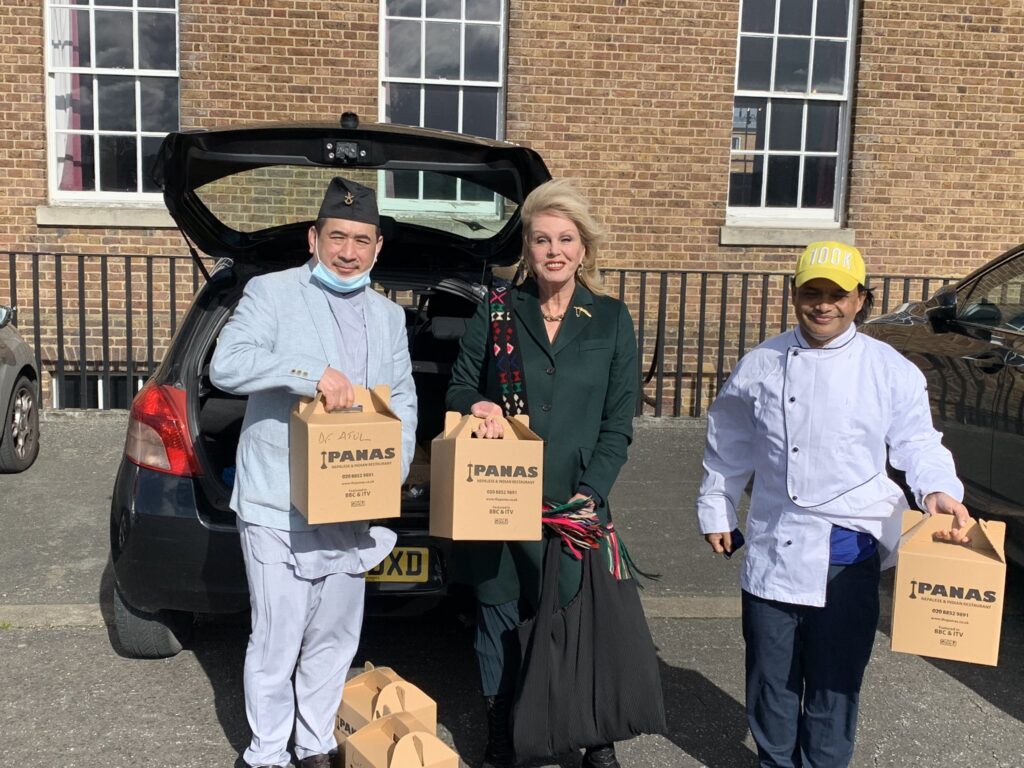 “On behalf of everyone in Royal Greenwich, I’d like to thank Panas Gurkha for the extraordinary work they have done in this pandemic,” Greenwich Council Leader Dan Thorpe said.

“Covid-19 has brought out the very best in people, and the contribution they have made to our communities in South East London has been absolutely incredible.”

Katuwal and his wife Bandana have already received recognition for their work. They received Queen’s Award for Voluntary Service last year.

“It’s been a real eye-opening experience but also very rewarding seeing the local people so grateful. We’re just happy to do our bit during such a tough time,” expressed Katuwal. 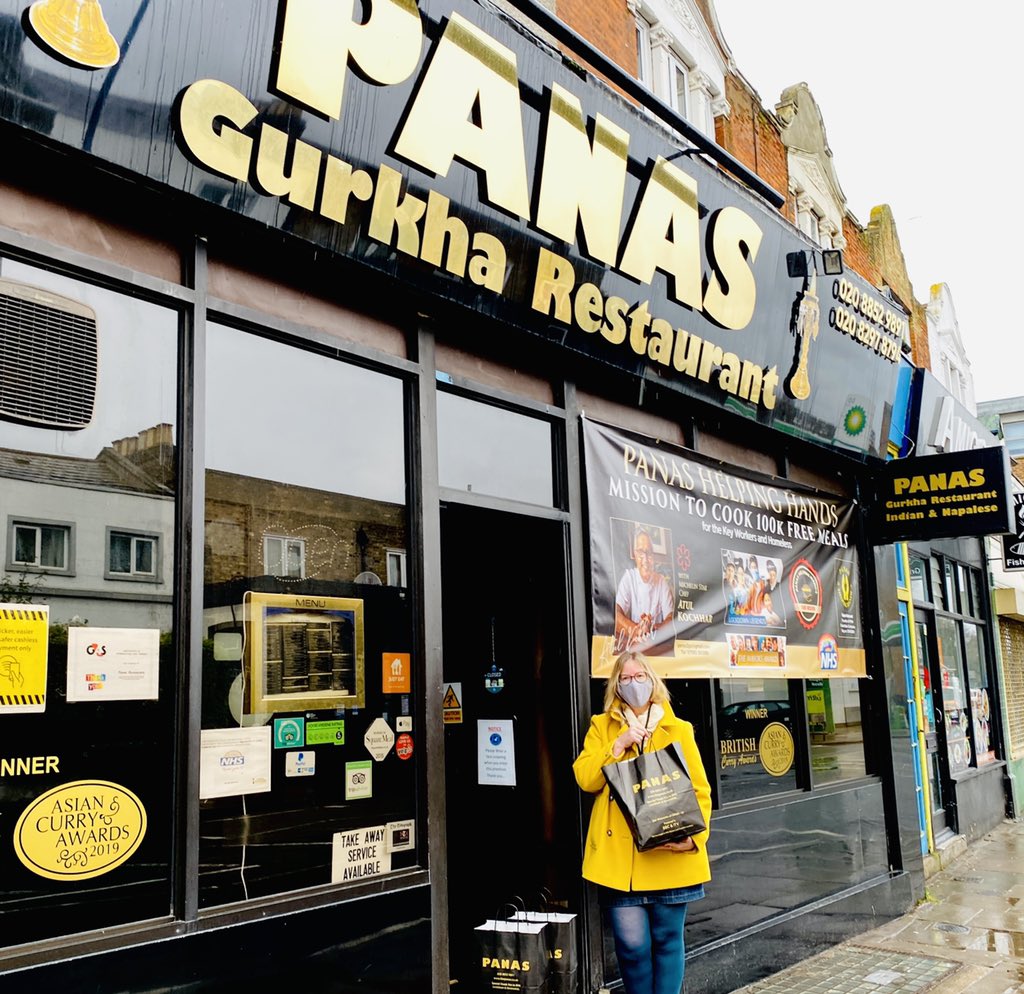