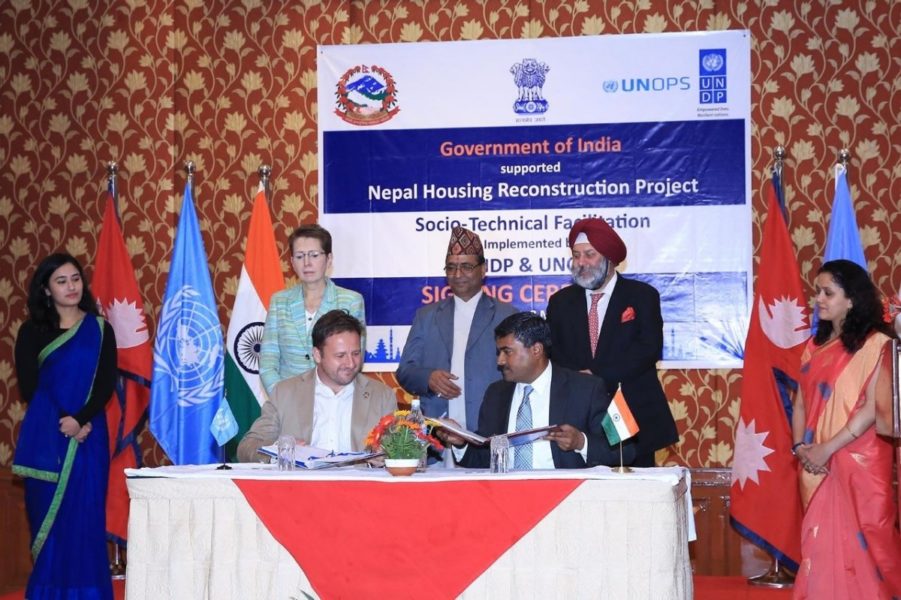 In a move encouraging Indo-Nepal bilateral ties, the Government of India has joined hands with the United Nations Office for Project Services (UNOPS) and the United Nations Development Programme (UNDP) to assist Nepal in its ongoing post-earthquake reconstruction activity.

As part of the agreement, India has agreed to provide USD 16.2 million to both the UN agencies, including USD 8.79 million to UNDP and USD 7.41 million to UNOPS.

This fund will be utilized for the construction of around 50,000 houses in Gorkha and Nuwakot, two of the districts badly-hit in the 2015 earthquake.

Through this fund, the UN agencies plans to provide all the needed socio-technical assistance related to rebuilding damaged sites for around 26,912 houses in Gorkha (by UNDP) and 23,088 houses (UNOPS) in Nuwakot.

Overall, this three-year project aims at ensuring the rebuilt houses are in line with the government norms and are quake-resistant.

As part of relief measures post the 2015 Gorkha earthquake, the Government of Nepal has called for the owner-driven approach for the renovation of quake-hit structures across the country and has had also announced USD 250 million aid and a USD 750 million Line of Credit for the same. 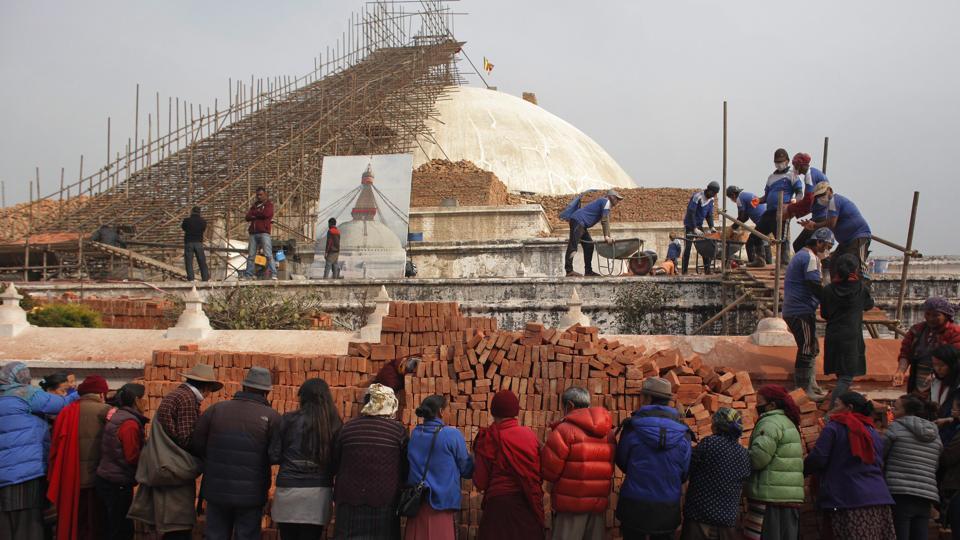 With this, socio-technical assistance for the procurement of related material which includes materials, technical support, finance, technologies, skill-set and land, among others.

This sort of confusion was witnessed in the reconstruction activity that has been underway since 2015, which saw a high number of householders seeking hands-on technical support, in-time funds, among others to build government-compliant and safer structures.

Now, these hassles are likely to be addressed under the new project which is promising the deployment of architects, masons, community facilitators and trained engineers for a constructive move.

“We look forward to making this partnership a success to ensure that the poor, vulnerable and marginalized households who need our support the most are able to reconstruct resilient houses speedily while leaving no one behind,” says Renaud Meyer, Country Director, UNDP Nepal.

“We have learned from the experiences around the world that disasters like this tend to disproportionally affect socially and economically vulnerable people. These projects will address the special needs of those populations and make them more resilient to disasters in the future,” said UN Resident Coordinator Valerie Julliand at the project signing ceremony while also thanking India for its support.

Meanwhile, Indian Ambassador to Nepal Manjeev Singh Puri opined that this project will address the technical concerns of the householders and assist them with all the needed expertise for safer construction. 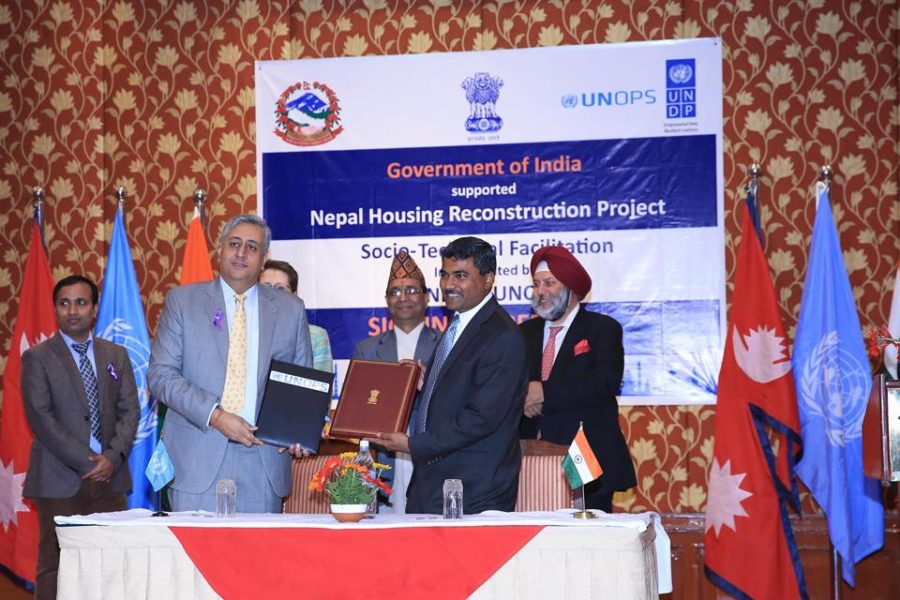 “The partnership agreement with UNDP and UNOPS will enhance the availability of technical knowhow and expertise to house owners in Gorkha and Nuwakot districts to reconstruct their homes with earthquake-resilient features,” reads Puri’s statement.

Sanjay Mathur, UNOPS Asia – Regional Director was also happy at the favor extended by the Government of India and Nepal towards helping the needy.

He said, “With the generous assistance of the Government of India and in close partnership with the Government of Nepal, we will all be working together to support those families in greatest need, safely rebuild their homes and their lives. This is critical to sustainable development and we are proud to be a part of this effort.”

This three-year project will be carried out jointly by the Embassy of India, Kathmandu, Nepali National Reconstruction Authority, Central-Level Project Implementation Units of the Ministry of Federal Affairs and General Administration Nepal, Nepali Ministry of Urban Development and all the related local municipalities, government offices and rural municipalities in the two districts.