In a rare honor, 120 Nepali military police officers bagged the prestigious United Nations Medal at the Bangui Mpoko base on March 7, 2018.
News 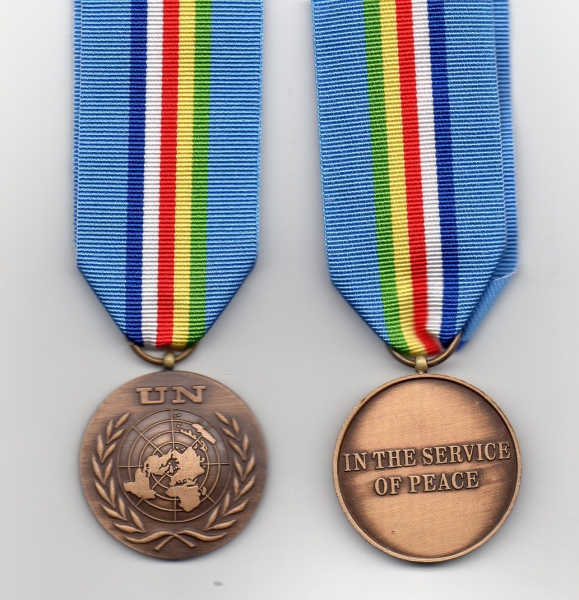 In a rare honor, 120 Nepali military police officers bagged the prestigious United Nations Medal at the Bangui Mpoko base on March 7, 2018.

The officers were recognized for their outstanding contribution towards the success of the United Nations Multidimensional Integrated Stabilization Mission in the Central African Republic (MINUSCA).

Nepal has been involved in 42 UN missions worldwide since 1958 and is the sixth largest contributor of military and police personnel to the UN. Presently 4,834 Nepali soldiers, including 130 women are associated with the UN peacekeeping operations.

“Nepal has played a major role in the Force’s military police since March 9, 2015. There is only one contingent deployed in 10 detachments covering the entire mission area of ​​responsibility,” says Lieutenant-Colonel Gaurab Gurung, Commander of the contingent.

Commendation from the MINUSCA Head

The special representative of the UN Secretary-General in CAR and Head of MINUSCA, Parfait Onanga-Anyanga said that it is important to recognize the professionalism and service quality displayed by the Nepali contingent. He called the Nepali team an indispensable unit of the mission despite their relatively small size.

Force Commander General Balla Keita, director of the Mission Support Division Milan Trojanovic, and his deputy Emmanuel Agawu also attended the ceremony along with other representatives of the civilian and military entities of MINUSCA.