The city of Pokhara was accessible only through foot until the late 1960s and was deemed even more mystical than Kathmandu.
Special Stories
Tourism 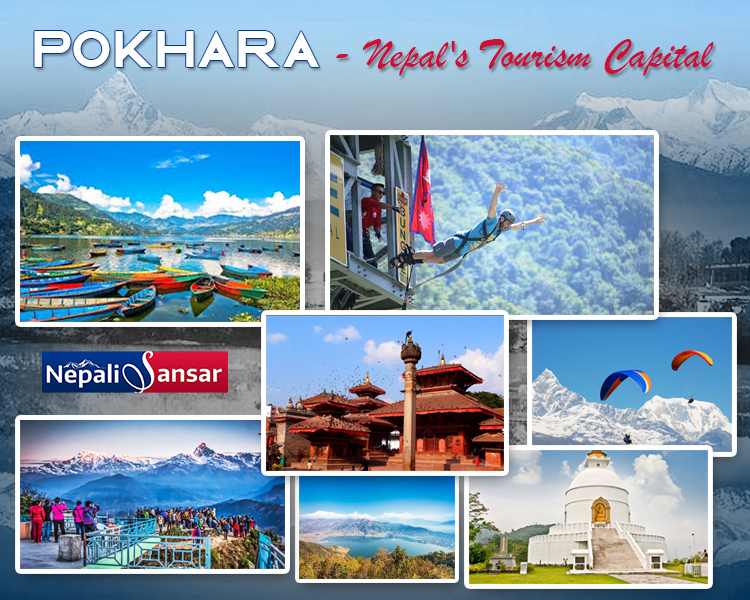 Situated at the heart of Nepal is a land of mirror lakes and unscalable mountains that beckons visitors and presents the perfect home for natives. Yes, we’re talking of Pokhara, the City of Lakes!

Nepal’s ‘tourism capital’ Pokhara is a product of the two erstwhile cities, Pokhara and Lekhnath. It is the largest city in terms of area and second largest in terms of population. Situated 200 km from the country’s capital Kathmandu, Pokhara is the ‘provincial capital’ of Nepal’s Province 4.

Looking Back in Time

The city of Pokhara is as old as the 17th century! It belonged to the Kingdom of Kaski (one of the 24 kingdoms of Nepal) and later came under the control of one of Shah dynasty’s branches.

Pokhara was annexed into Prithvi Narayan Shah’s kingdom in 1976. 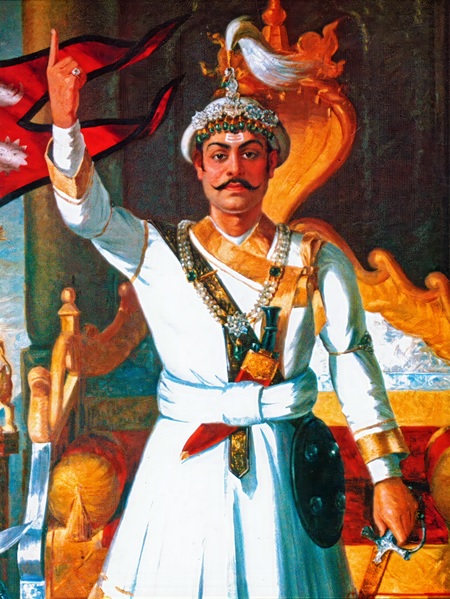 Later in the mid-18th century, the King of Kaski wanted to make Pokhara a commercial center and invited the Newars of Bhaktapur to settle along the main business spots of the area such as Bindhyabasini temple, Nalakomukh and Bhairab Tole.

During that time, Pokhara was home to the Khas community who inhabited major cities of modern Pokhara and the Majhi community around the Phewa Tal.

The city of Pokhara was accessible only through foot until the late 1960s and was deemed even more mystical than Kathmandu. 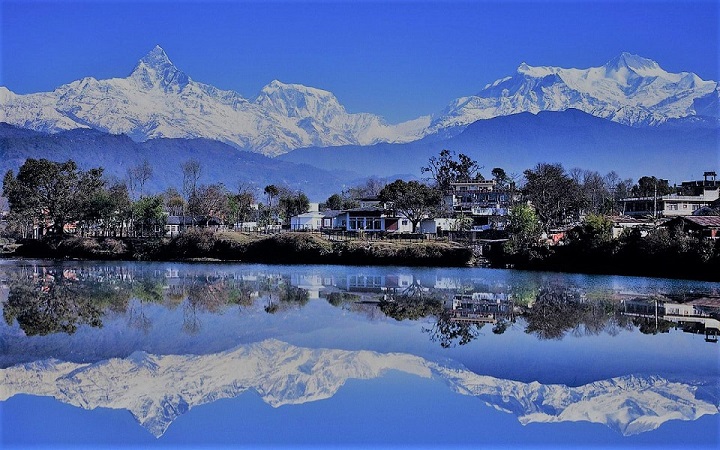 Pokhara is located in the northwest corner of the Pokhara Valley, a widening continuation of the Seti Gandaki valley.

Spread across an area of 464.24 sq.km and with rivers covering 4.4 sq.km, the Pokhara Valley is divided into four-six parts by Seti, Bijayapur, Bagadi, Phusre and Hemja rivers.

The main river Seti Gandaki flows through the city and splits it into two parts: Bagar (an old town in the north) and Lakeside (a tourist district in the south).

The city has many lakes like the famous Phewa Tal, Begnas, Dipang, Maidi and Komal Pokhari among others. No wonder the city is famous with the title ‘City of Lakes’!

Pokhara is also popular for its multitude of caves!

In terms of climate, the city experiences a humid subtropical climate, characterized by hot summers and mild winters but thanks to its elevation the temperature remains moderate. Summers range between 25-35°C and winters between -2 to 15°C. Pokhara does not receive snowfall. 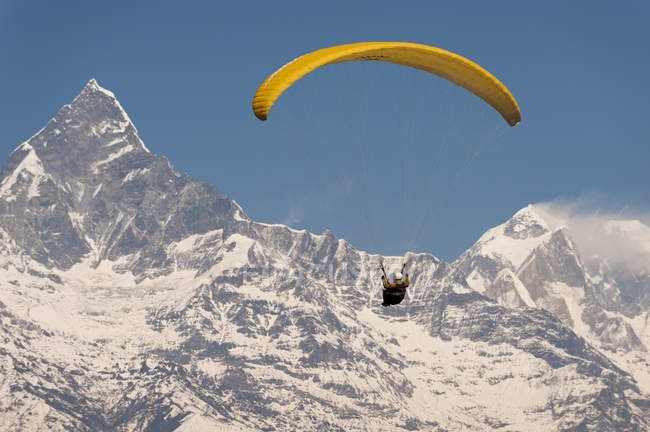 The tourism capital enjoys autumn during October & November and spring during February, March & April, which are the best seasons to visit this city and experience adventure sports like paragliding and trekking.

December and January create the perfect atmosphere for trekkers in the Annapurna region.

Pokhara has a population of over 414, 141 people with a density of 892.1 sq.km. It is home to people from Gurung (dominating ethnic group as per demography), Bahun, Chhetri, Khas Nepali, Magar, Newar communities and many brave Gurkha soldiers who are recognized with the name Pokhareli. 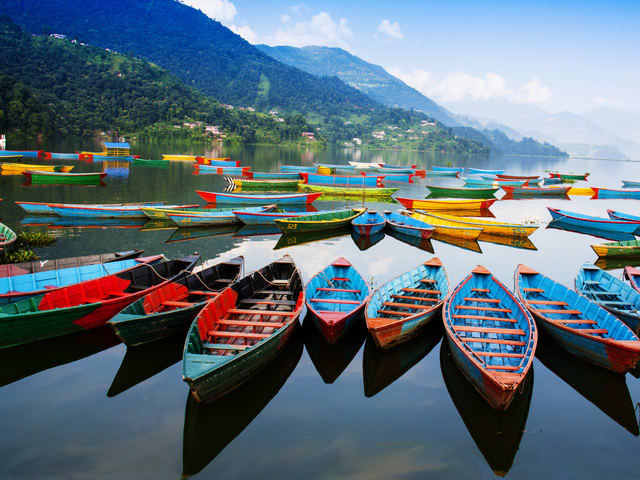 Pokhara is home to some of the most beautiful places in Nepal. Let’s take a look at some interesting places across the city:

World Peace Pagoda: Take your worries and throw them off the hilltop that seats the famous World Peace Pagoda, a monument that resonates peace. Situated on the south region of the Phewa, the pagoda is clad in white and has the image of Buddha on all four sides of this structure.

Barahi Temple: One of the most beautiful sight to behold is the Barahi temple located in the south-east section of the Phewa Lake on an island. The two-storey pagoda is built in devotion to Goddess Durga and is worship-site for both Hindus and Buddhists. It was constructed by King Kulmandhan Shah, a great devotee of the Goddess. 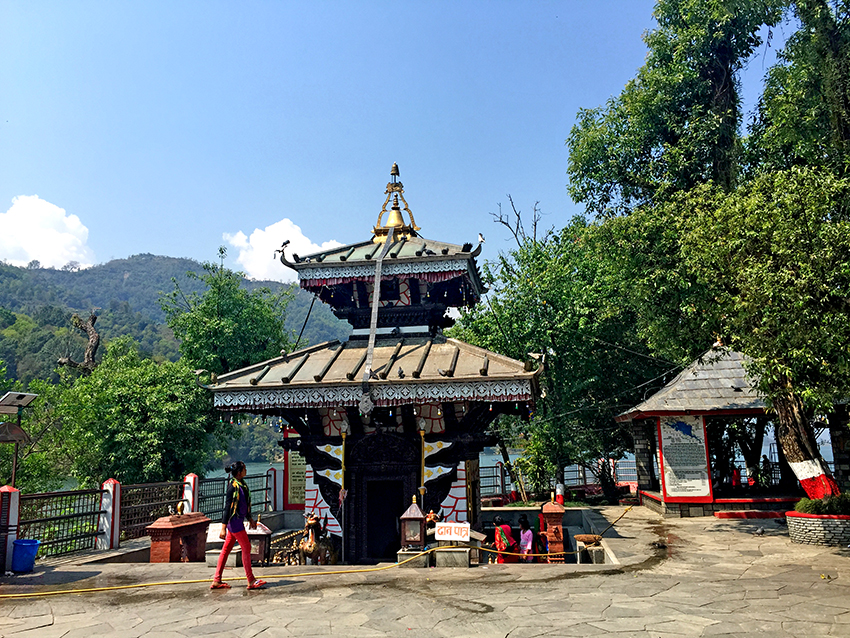 A Hub of Caves: Pokhara has a number of mystical caves such as Gupteshwor, Crazy Mahendra, Gupteshwar, Sita, Chamero and Devi’s Fall (Patale Chhango) that add mystery and charm to the city. Naturally-shaped stones call for great devotion from the locals. 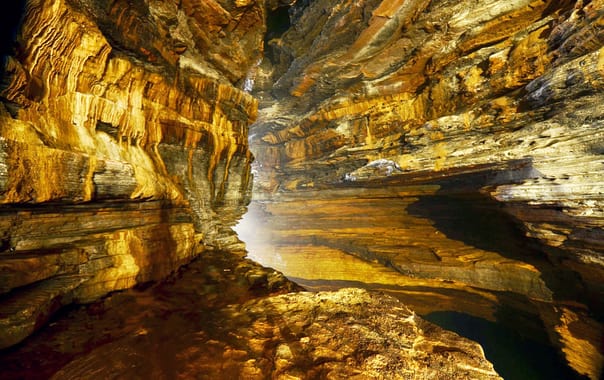 Phewa Tal: Ever felt like sitting by a lake and experience the silence and peace that surrounds it? Yes! That’s what it feels like when you sit by or pick a colorful wood boat as your companion for a sail across the lake against a scenery of quintessential mountains. 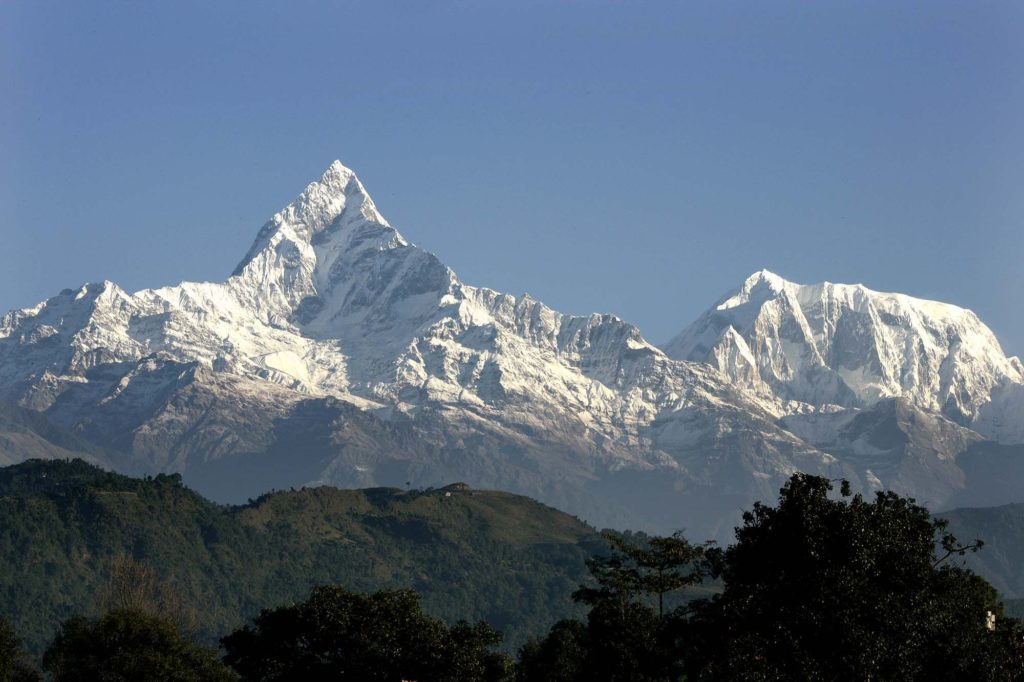 The city of Pokhara is not only famous for its lakes, but also for its Annapurna mountain range! Experience glistening gold and mercury red sunrises and sunsets against the beautiful mountains. Trek the hill of Sarangkot to get a glimpse of the stunning mountain range. 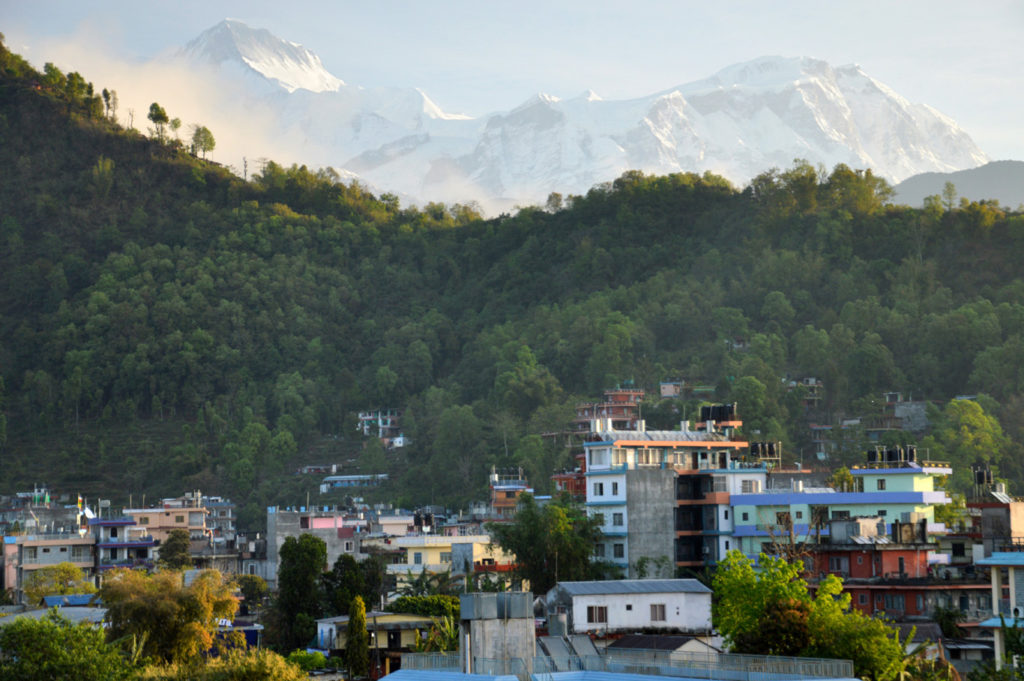 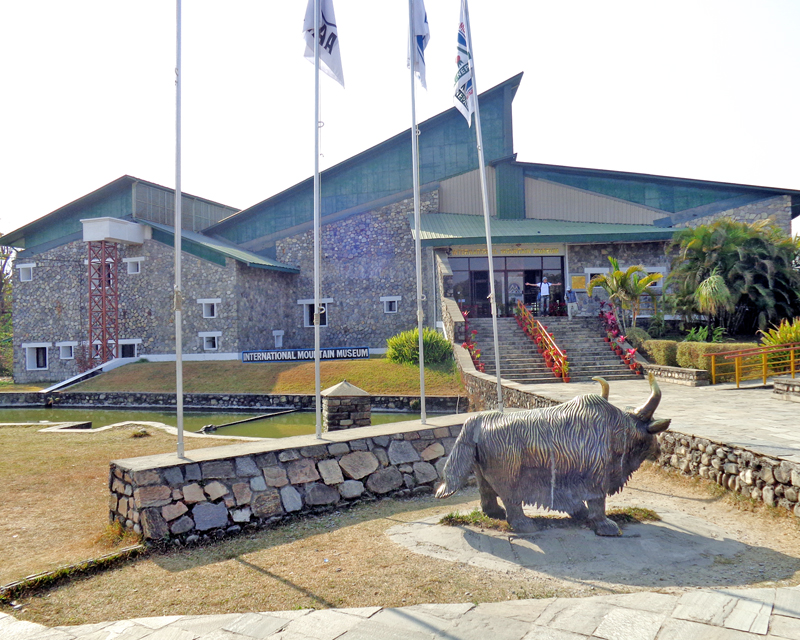 Lakes, mountains, boats, pagodas, temples, museums… it’s a long list! Museums are a major attraction at Pokhara, not one or two, but many! Important ones include Pokhara Regional Museum, Gorkha Memorial Museum, Annapurna Museum and International Museum. 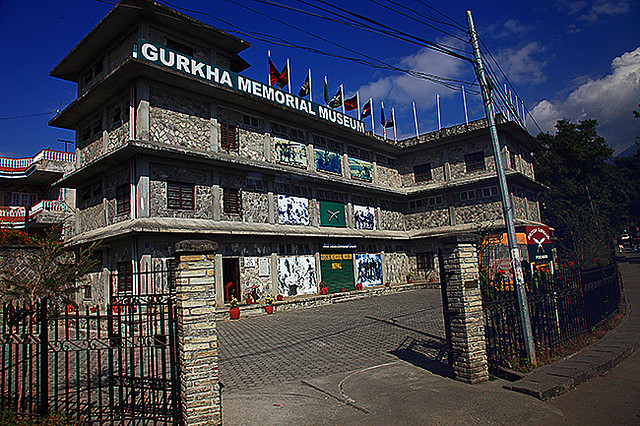 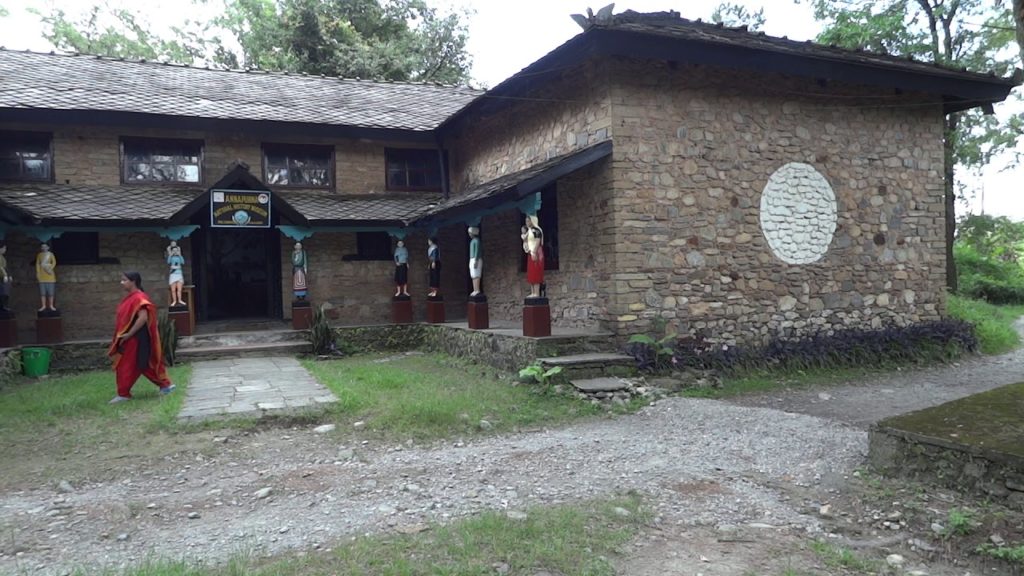 Pokhara is home to more than 250 tourist hotels and lodges of which, two are ranked 5-star.

The city has some chic shopping malls at Mahendrapool, New Road, Chipledhunga and Lakeside. Apart from shopping-malls, there are departmental stores like Saleways, Park & Shop, Munal Stores and U.F.O in the above locations.

Travelling through Pokhara is made feasible with microbuses, local buses and metered taxis. Travelling from Kathmandu to Pokhara in a flight takes 25-minutes while travelling by a tourist bus or taxi takes 6 hours.

The city of Pokhara has a multipurpose stadium called Pokhara Rangasala or Annapurna Stadium that supports multiple sports activities, simultaneously. There are several tennis courts and one golf course in the city.

Football, volleyball, basketball and cricket are the most popular sports played in the city. The Kaski District Football Association and the Sahara Club are the two most prominent football clubs that promote the game in the city and organize some South Asian club-level tournaments.

The Madal, Bansuri and Sarangi are some of the universal instruments synonymous with Pokhara. These instruments are used to create the traditional folk music ‘lok geet’ that originated in the western region of Nepal.

Resham Firiri and Khyalee Tune are some of the music types in Pokhara. The Panche Baja is a traditional cultural musical band performed during marriages by Damaai musicians.

Lok Dohori or Folk Duets are very popular in the region.

There are several cinema theaters at Mahendra pool, Chipledhunga, Tersapatti and Ram Bazar. 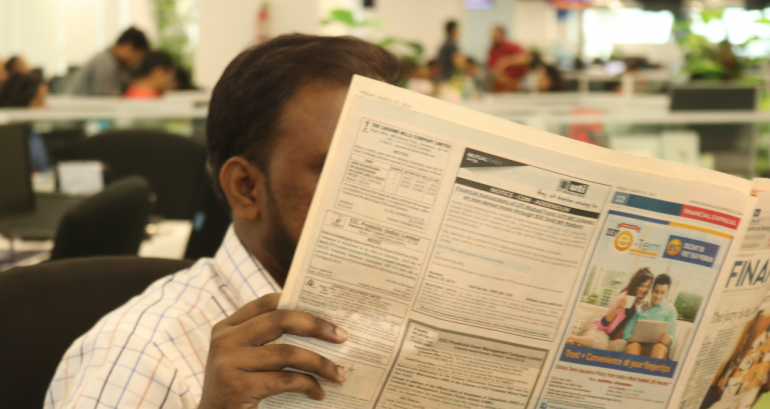 The city of Pokhara is a happening place and has been active in the news for all the right reasons! Let’s take a look at some interesting news updates that show us why this city a favorite of Nepal and tourists at large:

What are you waiting for? Come home to Pokhara and let your heart connect with the heart of ‘Nepal’s Tourism Capital’!