Pokhara City to Host Twenty20 and U-16 Junior PPL 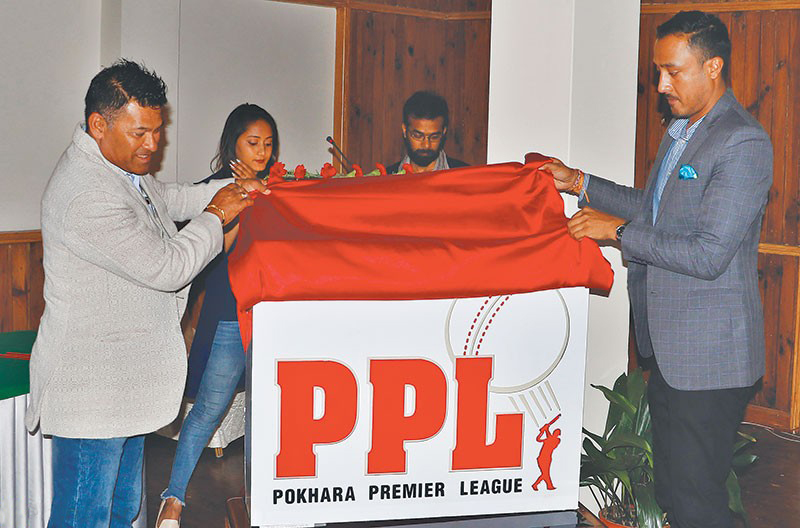 In an exciting update for all cricket fans across Pokhara, the Queen’s Event Management Pvt Ltd announced the commencement of the Pokhara Premier League (PPL), a ‘newbie’ to the list of Twenty20 franchise tournaments on June 20, 2018.

The logo for the upcoming tournament was unveiled by National cricket team coach Jagat Tamata and captain Paras Khadka.

Scheduled between October 26 and November 6, 2018, the event will showcase some old and new franchises and witness the participation of six city-based franchise teams. An auction will be held to select players for the league, Queen Event Management (QEM) Chhumbi Lama told media persons at the launch event.

Gearing up for the Tournament!
Claiming it to be the biggest of its kind, Lama says, “It will be done in a highly professional manner. We are planning to bring in a pitch curator from India to prepare the pitch. There will be auction of cricketers and we ensure that it is going to be the best Twenty20 league of the country.”

Currently, the Pokhara Cricket Ground (PCG) is not in good shape but the management is keen on having the match at the said location. Lama points that making the ground ready by the due date is their biggest challenge. The franchises have decided to create fan clubs of which fans can travel and stay at Pokhara at an attractive fee to ensure that the stadium witnesses a huge fan base during the tournament.

Emphasizing on the importance and magnitude of this event, Nepal Cricket Team Captain, Paras Khadka says, “This is another good beginning for us. We are getting tournaments at different part of the country. This is no doubt a big boost for players but getting a tournament of this magnitude in a place like Pokhara is a good initiation towards making the city a cricketing hub.”

Junior PPL to Walk in ahead of Senior
In another interesting initiative by QEM, Pokhara will host the U-16 Junior PPL in Kathmandu ahead of the PPL tournament. The PPL franchises will form the teams for the ‘Junior PPL’. The final match for this tournament will be held in Pokhara.

The PPL is an addition to the existing leagues of ‘high fame’, Dhangadhi Premier League (DPL) and Everest Premier League (EPL). With an offering of Rs 2.5 million for the winning team, the DPL is the highest cashed prized cricket tournament so far.