May 23, 2017 was one of the greatest days for global sports and for Nepal, in specific.

While it was Dandi Biyo the national sport of Nepal until the day, the country’s then-ruling government took a historic decision that enthralled the global sports community. In an exciting decision, the erstwhile Government of Nepal officially declared Volleyball as Nepal’s national sport replacing Dandi Biyo.

Nepal is one of the few countries to officially declare Volleyball as the national sport!

The discussion over volleyball as Nepali national sport began three years before 2017, wherein, the Ministry for Youth and Sports had initiated discussions and sought public suggestions.

Though volleyball has come under consideration for national sport status many times in the Nepali cabinet, the decision took its real form only when the Nepal Volleyball Association (NVA) stepped up with its demands.

NVA demanded the government to make volleyball the national sport citing reasons such as less space required to play the game (as it requires only a less area and can be played on any kind of land) and economic feasibility.

Upon the official declaration in 2017, the Ministry said that the government’s decision was majorly dependent on the recommendations by the stakeholders of the Nepal sports fraternity.

At the time when volleyball was proposed for the national sport status, other sports like cricket and football were also in the race with much hype among the Nepali youth.

However, volleyball has drawn special attention because of its easily-playable nature across terrains.

“Every sport has its own specialty and importance, but to be the national sport it has to be hugely popular and should have a strong organization. Volleyball has completed the minimum requirement to become a national sport. It can be played anywhere in the country, on any terrains, at a low cost. So, it fully deserved to be the national sport,” says NVA’s General Secretary Jitendra Bahadur Chand.

National Men’s Volleyball team skipper Em Rana had also lauded the government’s decision saying, “Volleyball is very much popular in the country and played in every part including the Himalayan region, the hills and the Tarai. So, this decision makes sense.”

National Women’s Volleyball team skipper Manju Gurung said, “Majority of the population grows up playing volleyball. It doesn’t need a big space for playing so we can play it everywhere. Not only players but the whole nation is happy about the government’s decision of making volleyball as the national sport.”

NVA has been on high alert since the time of announcement and has come a long way in the journey. A month after the official declaration in June 2017, NVA announced its annual calendar with a list of 27 volleyball events stating youth development and strengthening of the existing team as key focus areas.

“School and college events are the platforms where we can identify potential players,” NVA said in a statement.

Adding to the financial strength of the sport, NVA had also added Mayor Cup as part of its calendar to draw budget from the local administration.

“We had organized volleyball festival in 2016 including some 10 schools of the valley. That was a huge success and we have decided to organize such event in all the five development regions to create a volleyball-friendly environment across the country,” NVA General Secretary Jitendra Bahadur Chand said in a statement.

To take the spirit ahead, NVA also has announced plans to unite associations in around 75 districts of the country for an event to commemorate the National Volleyball Day.

Today, NVA stands as the face of Nepal from representing it at the National Sports Council nationally and at the Asian Volleyball Confederation and the Fédération Internationale de Volleyball, globally.

As part of its journey, NVA has signed some key important agreements and MoUs with national and international organizations for the overall development of national volleyball. Here are some of the key steps the association has taken for the development and promotion of volleyball as national sport of Nepal:

NVA Award: On January 20, 2018, NVA announced NVA Award, the first award announced after the announcement of volleyball as a national sport. The award, co-sponsored by City Travels and Tours Pvt. Ltd. is a three-year agreement under which NVA will receive a grant of Rs 1.5 million in three years. The association stands for the recognition of emerging and best players, coaches and teams in both men and women categories. “We are also honoring 40 organizations who have contributed in the development of volleyball,” says NVA General Secretary Jitendra Bahadur Chand.

The agreement proposed plans to conduct three editions of the tournament across the country at the district, provincial and national levels.

As part of the agreement, FNCCI promised NVA of giving the highest-ever sponsorship grant of Rs 12 million per year to organize the men’s and women’s volleyball tournaments.

“We will definitely extend the agreement in coming years as we have made a vision of developing the sport,” says FNCCI Vice-president Umesh Lal Shrestha.

FNCCI President Bhawani Rana is also hopeful of reaching out to Nepali citizens through volleyball. “We had other options in football and cricket, but we chose volleyball as the sport can be played in every part of the country. We want to encourage local people as we want to fulfill our social responsibilities besides focusing on the economic growth of the country. And, we also want to provide an opportunity to the local talents,” Rana said in a statement.

Secretary at the Ministry of Youth and Sports Mahesh Prasad Dahal is also hopeful that the special programs like this would promote volleyball from the grassroot levels and find new talents.

“The government is making its plans for infrastructure development and such events will provide much-needed exposure to the talented players in remote places of the country,” says Prasad Dahal.

Meanwhile, Nepal Olympic Committee President Jeevan Ram Shrestha says, “Involvement of private sectors is essential for the development of sports and the sponsorship agreement by the umbrella organization is the biggest step towards prosperity. The agreement will be supportive in the development of volleyball and it will also spread a positive messages to the business community.”

There are many other key strides that have been taken over the period for the overall development of volleyball as Nepal’s national sport.

NVA has been very rigid about needed infrastructure development to develop the sport nationally. 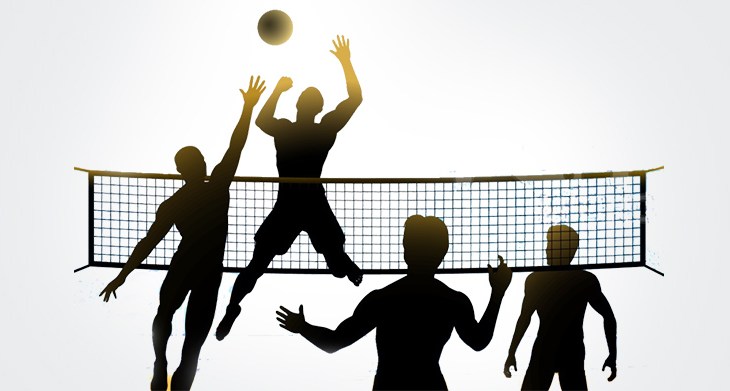 “We will not make false promise of constructing international-standard covered hall within a year or two. It’s the duty of government to provide us with the land so that we can start the construction works. We have submitted the proposal to the National Sports Council, Ministry of Youth and Sports and Ministry of Finance and we are waiting for their response,” says Chand.

For a strong national volleyball team, NVA had announced its plans to bring in a foreign coach from the Netherlands and has also approached the World Volleyball Federation in this regard.

“We are in talks with World Volleyball Federation and the Netherlands Volleyball Association and we are hopeful of bringing in the Dutch coach,” NVA said in a statement. 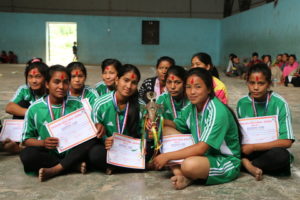 Apart from those for recognition and awards, Nepali volleyball was also played in many cases for social causes. One such was the match played by Ropla girls for the fight against child marriages, among others.