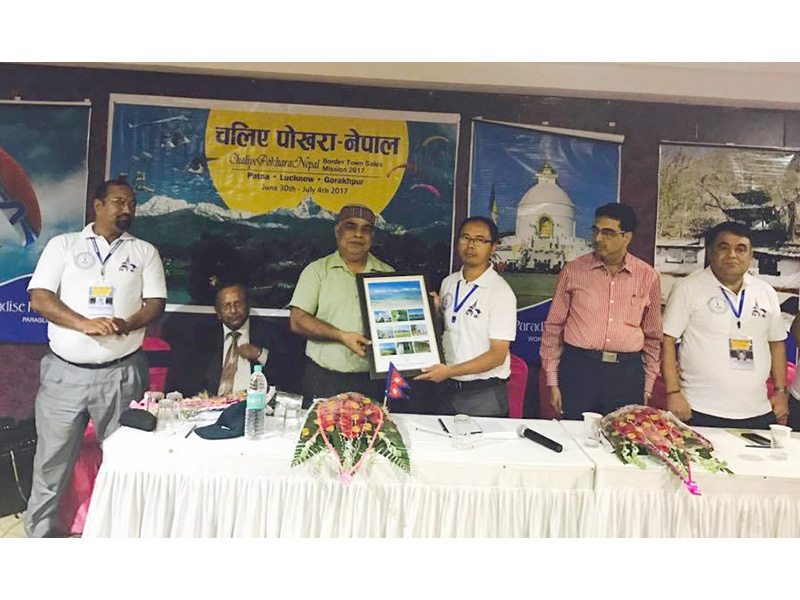 Pokhara a Must-Visit: Ministers
Indian ministers urged citizens from the three cities to visit the Himalayan country before visiting other destinations in the presence of Nepal tourism operators. This is what they had to say!

Speaking at the campaign in Lucknow, Uttar Pradesh Tourism Minister Rita Bahuguna Joshi said that Nepal and India share a lot in common and encouraged citizens to visit Nepal before other countries.

India – A Huge Market for Pokhara

Organized under the Nepal-India Regional Tourism Promotion Campaign (RTPC) banner, the campaign uses Pokhara’s proximity with North India as a tool to lure Indian tourists to the ‘Lake City’ and identifies it as an ideal destination to escape the heat during hot climate, says Bikal Tulachan, Paschimanchal Hotel Association Chairperson.

Nepal Tourism Continues Pace
Following are some of the recent statistics that show the growth trajectory of Nepal tourism sector: