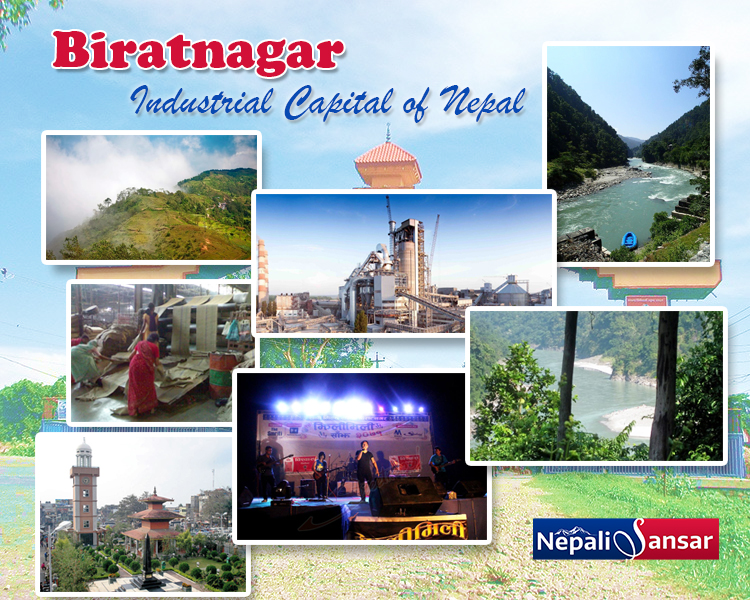 Nepal is home to beautiful places that make it beautiful to the outside world!

One such place, in fact the country’s ‘industrial capital’, is none other than ‘Biratnagar’ of Moran District in the eastern-most Terai region of Nepal.

Located 399 km close to the main capital Kathmandu and 6 km away the bordering area to the Indian state of Bihar, Biratnagar is currently the second most-densely populated area with more than 2 lakh population and also the interim capital of Province 1.

Biratnagar holds a special place in the modern history of Nepal as the country’s most politically-active region!

It boasts of having given five prime ministers to the country and hosting the country’s famous revolutionary incidents of the first anti-Rana movement and 1973 Nepal Plane Hijack incident.

For its development, Biratnagar has been declared as the metropolitan in May 22, 2017 and is today the fourth most-populated metropolitan of the country after Kathmandu and Pokhara.

Named After Mahabharata King
Popularly called as the ‘second capital’ and the ‘Capital of the Orient (East)’, Biratnagar has its history dating back to Mahabharata times.

The region was named after King Virata, the in-law of King Arjuna, the central character of the ancient Indian epic Mahabharata.

Initially known as ‘Gograha Bazaar’, the region witnessed a new phase of transformation in 1914 A.D. when the then Governor of Moran District moved all the major infrastructure facilities such as hospitals and many government offices from Rangeli (Morang’s old capital) to Gograha Bazaar.

After five years from then, the then Rana ruler Keshar Shamsher Rana gave the name ‘Biratnagar’ after finding key ancient architectural findings in the region believed to be of King Virat’s period.

Even today, one can find the ruins of destroyed palace and ages-old idols preserved in the southern part of the city at Bhediya of the Buddhanagar Village Development Committee (VDC).

In Nepali, Birat means huge and Nagar means city, so the place can also be called ‘Large City’.

Politically Active
Biratnagar boasts of gifting nearly five prime ministers to the nation and holds a special place in the modern political history of Nepal.

The region is also home to the Girija Prasad Koirala, the erstwhile prime minister known to have served the position for four times.

Industrial Capital
Biratnagar is popularly known as the ‘industrial capital’ of Nepal and is home to Biratnagar Jute Mills, the first large-scale industry of Nepal.

The region is also locally known as the economic center of eastern Nepal.

Majorly driven by the country’s today budding start-up culture, Biratnagar is home to Golchha Organization, which was once a small start-up and is now a multi-million house.

Biratnagar is also the second largest Land Port of Nepal and also has a connectivity to major Custom Route with India.

With high concentration of factories and industries and the country’s large-scale industry Birat Jute Mills, the region is home to more than 6000 industries.

Some of the significant and famous books in Nepali literature were from Biratnagar.

The city is home to Sahid Rangsala, one of the country’s largest football stadium with more than 10,000 capacity.

A cricket stadium is also being constructed in the outskirts of Biratnagar in Baijanathpur VDC, namely Biratnagar Cricket Ground to host local and national-level cricket tournaments. The city also has lawn tennis and basketball courts. 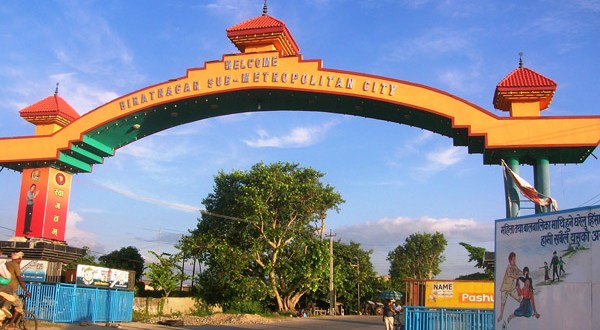 Biratnagar is one of the major tourist attractions of Nepal hosting places of interest for explorers.

Let’s take at some of them:
Baraha Chhetra: This is one of the major religious shrines of Nepal. This is believed to be the exact place where Varaha or Baraha, the third incarnation of Lord Vishnu as a wild boar, killed the demon-king Hiranyaksha. The shrine is located at the meeting point of the two major rivers of Nepal: Saptakoshi and Koka.

Hile: The famous trekking point of the past known to many as the starting point to begin the camping trek to Makalu. However, the place lost its recognition as the trek spot with the advancement of Tumlingtar-Khandbari road and is still known for its natural ambience.

Dhankuta: Popular as the model city of Nepal, Dhankuta is also known for its famous bazaar. The eastern Nepal is popular for its banana, silk and nettle fibers used to make cushion covers, clothing and tablecloths.

Forests: The region is home to some unique greenery on earth with forests of Tinjure, Milke and Jaljale offering a picturesque view. One can enjoy dense deciduous shrubs cover and the shades of red hues upon travel across the 30-km forest area.

Koshi River: This is one of the most sacred rivers in the Hindu mythology. Coming from the major confluence of tributaries from Chatra Gorge, the river presents a serene view surrounded by awesome mountains and terrain areas of Nepal.

Dharan: This is another beautiful place of Nepal offering a distinct glimpse of middle-class suburban societies with parks and well-maintained bungalows, among others. The place also has a large Gorkha recruiting area that is heart to the world’s famous Gurkha soldiers.

Ilam, Kali Mandir, Haat Bazaar and Basantapur are among other places of interest in Biratnagar for travel lovers! Interesting right? So, plan your next trip to Biratnagar to witness the region’s unique aspects among other Nepali cities.

Biratnagar in News
It’s no surprise that Biratnagar has been in news in every search for Nepal development! 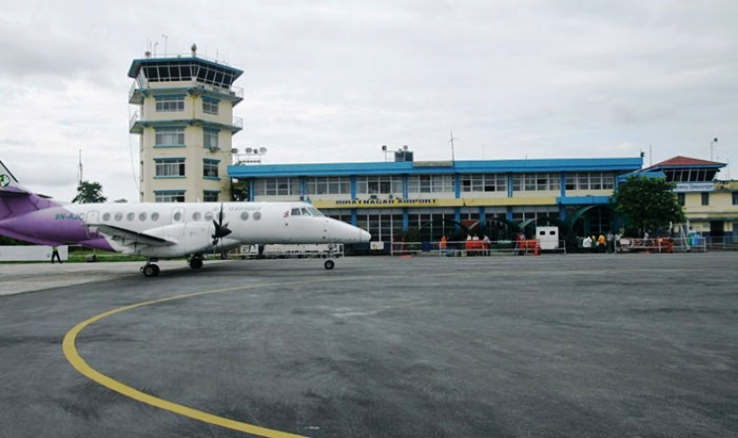 Here we will see some major news updates that Biratnagar was featured in over the years:

List not exhaustive! Biratnagar is no doubt a one-stop solution if one has to speak about the burgeoning development of Nepal in the recent times.