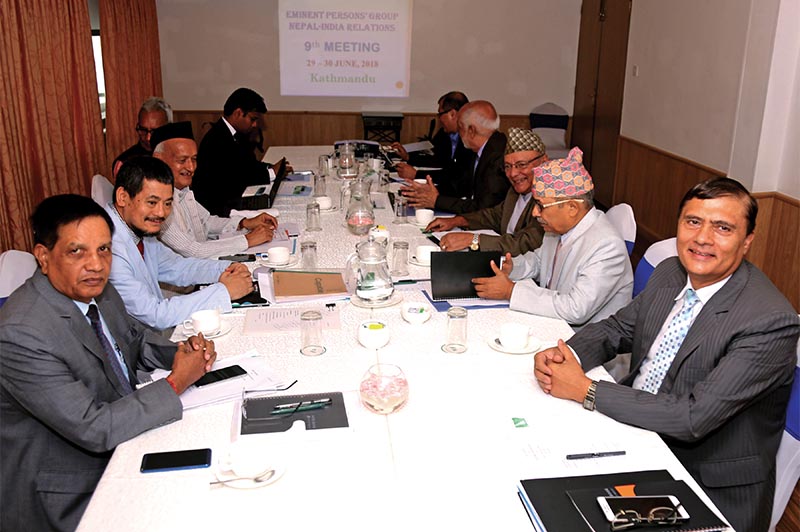 In a major breakthrough regarding Indo-Nepal bilateral ties, the Eminent Persons Group (EPG) of both the nations concluded their two-year-long discussions with the last round of meeting on June 30, 2018.

As part of the last meeting, the EPG team announced that they will come up with a final joint report that would address key gaps concerning the bilateral ties of the two nations.

Key recommendations made as part of the final meet include:

Culminating all these, the two-nation EPG team would prepare a final report that will be submitted to the governments of both the nations for further action.

We have prepared a joint report and with this, the meeting is over. Once we submit the report to both the PMs, our task and responsibility is over

Another member of the team said the discussions were focused on redefining bilateral ties that suitable for the coming generation.

“Some of the good gestures and positive developments on both sides led to a single report within the stipulated time,” said the officials.

The group was formed with an intention of formulating mutually-agreed documents within a two-year period to strengthen bilateral ties in line with the changing local and global scenario.

The EPG group with officials of both the nations was initiated as part of the Indian Prime Minister Narendra Modi’s bilateral visit to Nepal in 2004.