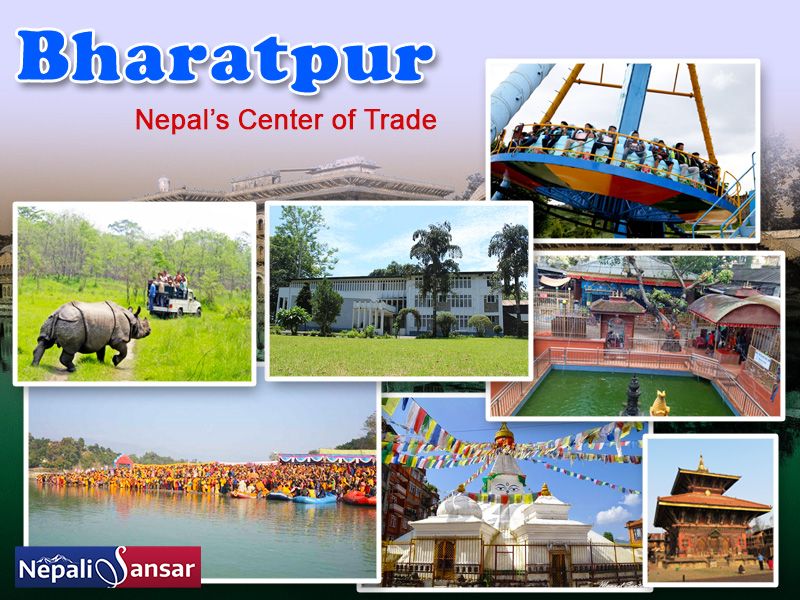 The ancient city of Bhaktapur is located around 8 miles east of Kathmandu and is Nepal’s third largest city. It is renowned as “the city of culture” and “the city of devotees”. The conch shaped city was founded by the Malla rulers in the 12th century, though it took its present shape in the early 18th century.

The best way to get around in Bhaktapur is by walk, as taxis and rickshaws are not allowed to ply inside the city. It takes less than an hour to commute from one end of the city to the other.

The Bhaktapur Durbar Square is one of the seven UNESCO World Heritage Sites in the Kathmandu Valley. The erstwhile royal palace with 55 windows, which now houses the National Art Gallery, is one of the prominent structures in the Durbar Square. The Golden Gate, the Taleju Temple complex and the Big Bell are the other attractions here.

Taumadhi Square and Dattatreya Square are the other two well-acclaimed Squares in Bhaktapur. The Nyataponla Temple in Taumadhi is dedicated to Goddess Siddhi Laxmi and is the country’s tallest pagoda temple exquisitely created by Newar craftsmen. The Bhairavnath Temple, housing the gilded bust of Bhairav or Lord Shiva’s most ferocious manifestation, stands next to the Nyataponla Temple. The 14th century temple of Jeth Ganesh is another highlight of this Square.

The main attraction of the Dattatreya Square is the Dattatreya Temple, a giant three storied temple believed to have been built with the stem of a single tree. At the nearby Pottery Square visitors can take a look at potters working on making earthenware of different shapes and sizes.

Bhaktapur has a large number of Buddhist monasteries and religious sites in close proximity to the Hindu shrines reaffirming the Nepalese tradition of religious tolerance and social harmony. Lokeswor Mahavihar, Prasannasheel Mahavihar, Chatu Brahma Mahavihar, Jaya Kirti Mahavihar, Sukra-varna Mahavihar, Dipanker Mahavihar and other Buddhist shrines are revered by people of other faiths as well.

Bhaktapur is very famous for its variety of yogurt Juju-dhau, which literally means the “King of all yogurt”.

Bhaktapur was close to the epicenter of the 2015 earthquake and experienced a significant damage to a lot of structures. Restoration work is in progress. Despite the earthquake, the flow of tourists to the city has not reduced.

Visitors to Bhaktapur are assured of an enriching cultural and spiritual experience.