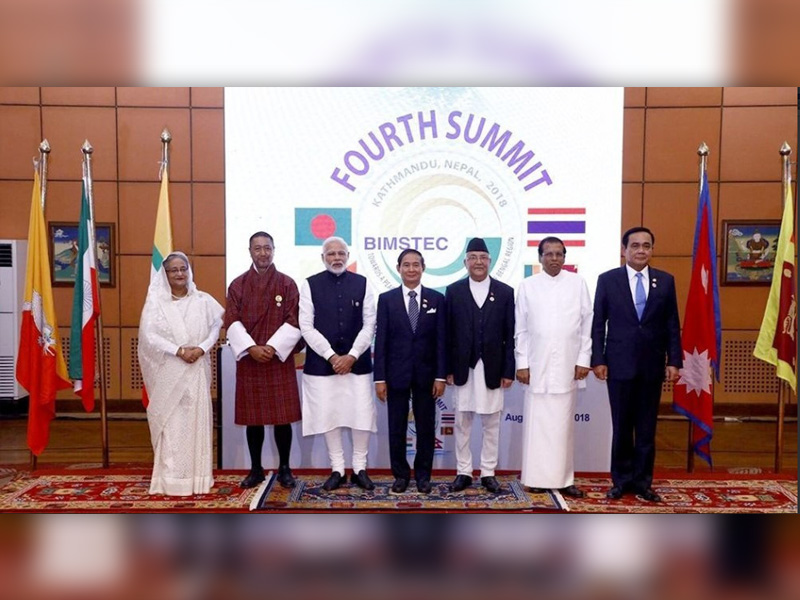 The Fourth BIMSTEC Summit called for some important developments and decisions on part of the member states representatives. Each voiced their opinion and thoughts with the common goal of regional cooperation and regional development.

Reiterating BIMSTEC’s immense potential, representatives pointed out that every member has to utilize the co-operation’s full potential. They also pledged their firm commitment to strengthening the sub-regional collaboration for mutual prosperity. 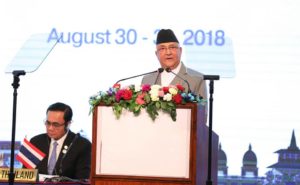 In his opening speech, Prime Minister KP Sharma Oli said that the member states were connected by the Himalayas and Bay of Bengal and they are keen on eliminating the obstacles to development and prosperity by strengthening cooperation in various sectors like trade, infrastructure, road, energy, business, tourism, and connectivity.

“Above all, it is our commitment — a commitment for deeper integration of our economies, of our trade and commerce. It is a commitment espoused over two decades ago, as a thoughtful response to seize the opportunities of globalization and shifting of the economic locus to Asia,” said Oli.

Pointing that the region must first focus on eliminating poverty to realize its full potential, Oli said that the BIMSTEC Poverty Plan of Action must be fully implemented.

“Strong political will, coupled with right mix of policies, institutions, and resources could ensure the success of BIMSTEC,” he said.

“I underline the importance of developing and operationalizing a Buddhist Circuit in the region to promote connectivity and tourism,” Oli said. 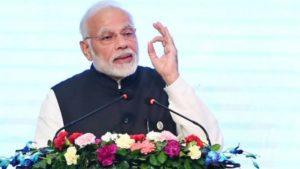 Speaking at the inaugural session of the Fourth BIMSTEC Summit PM Modi said that all BIMSTEC member countries seek peace and prosperity and this is achievable only if there is connectivity across all aspects between members.

“Each of our countries seek peace, prosperity and happiness, but in today’s interconnected world, we cannot achieve this alone,” said PM Modi.

Furthermore, creating an opportunity for the development of arts and culture, he said that they will set up a center for Bay of Bengal Studies in Nalanda University for conducting research on arts, culture, and maritime laws. 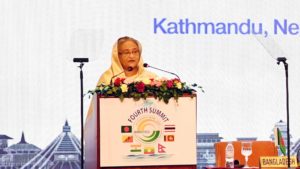 Sheikh Hasina said that Dhaka’s role in hosting the BIMSTEC secretariat was a sign of the country’s commitment to regional cooperation.

Speaking about BIMSTEC’s success over the last two decades, Hasina said that the co-operation had a long way to go to achieve success through the adoption of a consolidated legal framework and substantial engagement for visible results.

She also highlighted the need for trade promotion and free trade area.

Tshering Wangchuk identified robust partnership as a driving force for shared prosperity and achieving national and mutual goals of the region.

Wangchuk also emphasized on the need for enhanced co-operation in areas such as trade, regional integration, connectivity, security, people-to-people contact and climate change. 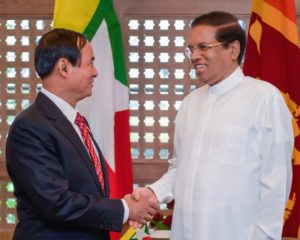 Win Myint said cooperation and trade in energy was essential to fill the immense energy deficit in the region. He also urged member states for early finalization of the Free Trade Agreement, in a bid to promote trade and investment.

He shared similar views with Indian PM Modi on terrorism and extended active cooperation in fighting terrorism. However, he mentioned that the region is still in the grip of poverty. 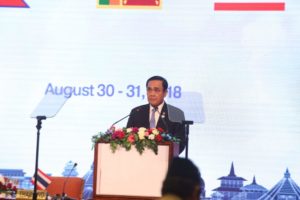 Chan-O-Cha said BIMSTEC could link South Asia with South East Asia. Saying that member countries should more on quality rather than quantity, he said that the co-operation could focus on five important areas, that is, trade, connectivity, people-to-people contact, security and science and technology.

He also stressed on early finalization of the Motor Vehicle Agreement. 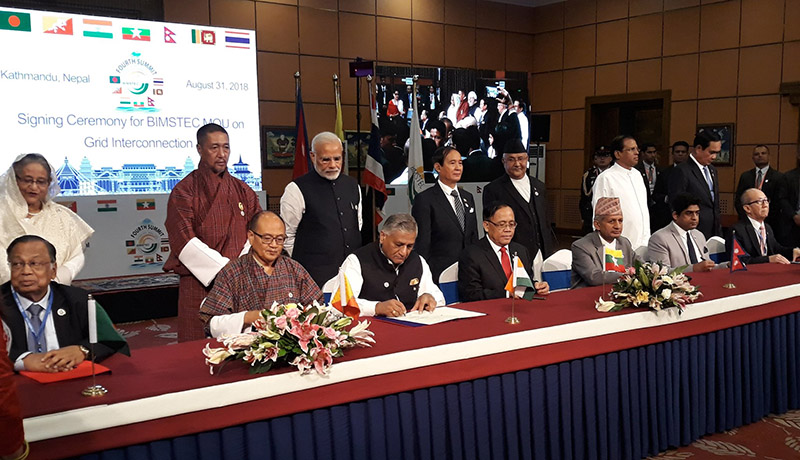 The Fourth BIMSTEC Summit ended today, with the signing of the 18-point Kathmandu Declaration.

Following the conclusion of the summit, the member states have agreed to connect the countries through highway, railway, air, sea and power-transmission line.

The member states have also firmly resolved to eradicate poverty from the region by 2030 in line with the UN Sustainable Development Goals. Similarly, they have pledged to stand against terrorism.

Conclusion:
We wish the countries luck for their endeavors and hope that they are able to provide timely support and co-operation for meeting the development goals of the BIMSTEC region.

Fourth #BIMSTEC Summit 2018 at a Glance 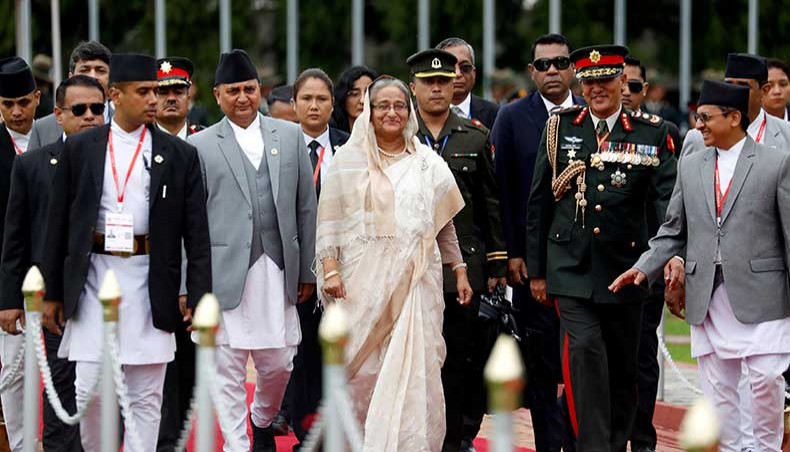 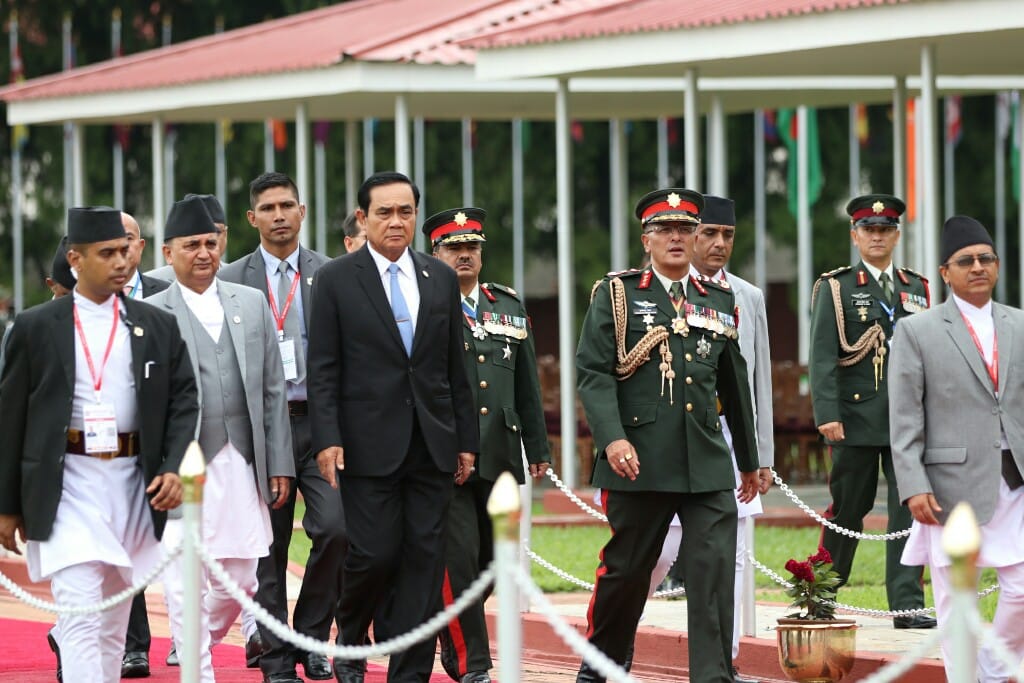 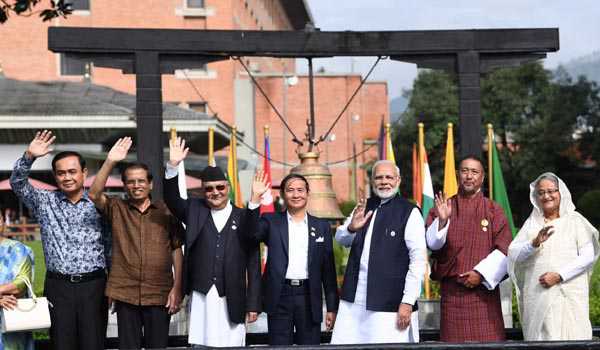 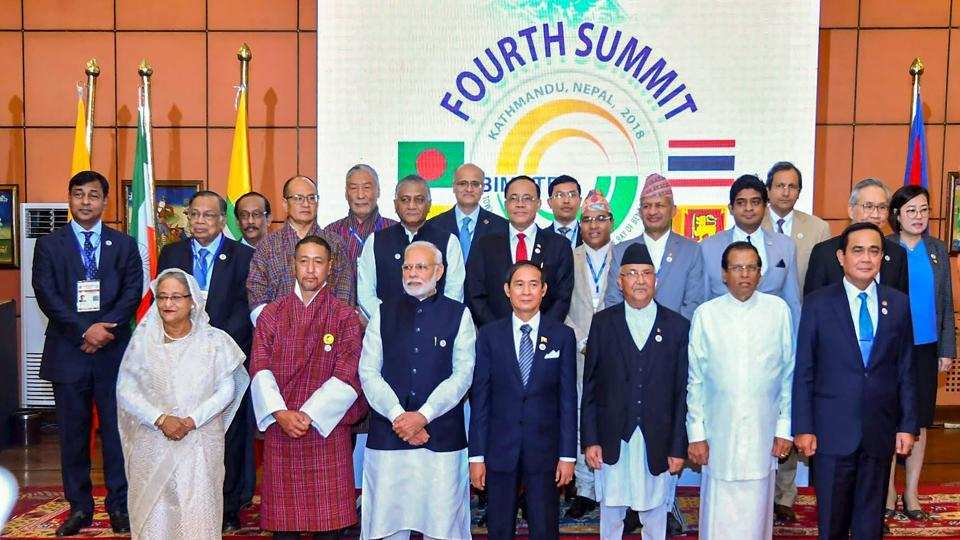