A Glance at ‘UNESCO World Heritage Sites in Nepal’ 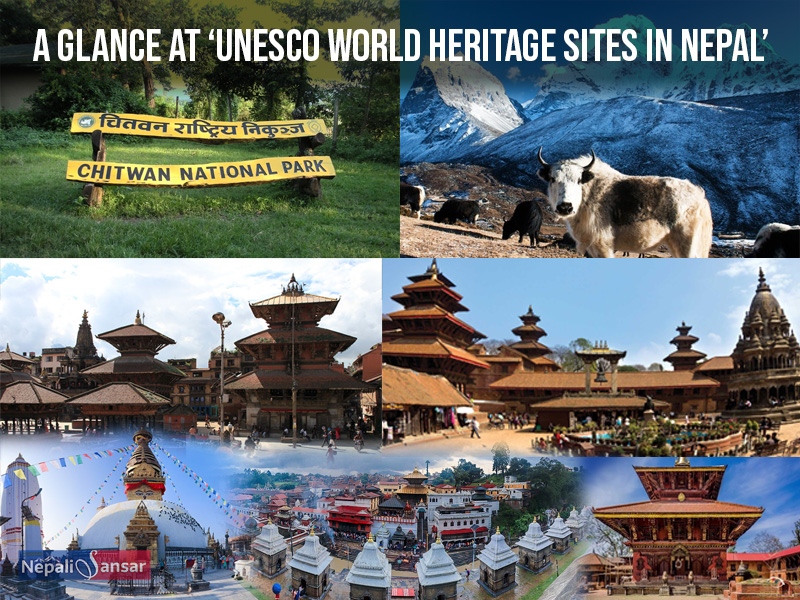 Are you a passionate traveler in search of amazing sceneries, age-old structures that represent art & culture?

Then you should visit Nepal! The Himalayan nation gives you a fresh experience of nature and wide varieties of art forms that speak culture and heritage!

Nepal holds some high value in terms of tourism, as evident in its tourism destinations like Kathmandu, Chitwan, Pokhara, Lumbini, among others. Each of these have their own unique features in enthusing tourists, with some of them even recognized as UNESCO Heritage Sites.

In this article, we will take a look at UNESCO Heritage Sites in Nepal:

Besides, there are also many other Nepal tourism sites on UNESCO’s tentative list, which includes:

List not exhaustive! Nepal is home to many such heritage sites left unexplored.