Come, Explore ‘The Heart of the Jungle’- Chitwan National Park

Chitwan National Park (CNP) is home to over 700 species of wildlife with around 68 species of mammals and over 500 species of birds.
Entertainment
News
Tourism
World

Chitwan is the oldest national park in Nepal and is one of the most famous wildlife sanctuaries in Asia.

Located in the fertile Chitwan Valley in the Terai region of the southern part of the country, the national park derives its name from two words “Chit” and “Van”, which translate to “Heart of the Jungle”.

The Chitwan National Park (CNP) covers an area of 932 square kilometers and is a UNESCO-designated World Heritage Site.

The Narayani and Rapti rivers form the northern and western borders of the national park, while the Reu river flows through it. The Parsa Wildlife Reserve shares Chitwan’s eastern border.

The park is endowed with a wide variety of flora and fauna that attract tourists from all over the world. The lush green vegetation with the scenic Himalayas in the backdrop provides a spectacular view to nature lovers. Sal trees abound in the region and cover around 70% of the park. Grasslands cover 20% of the area and comprise some of the tallest grass in the world such as elephant grass. 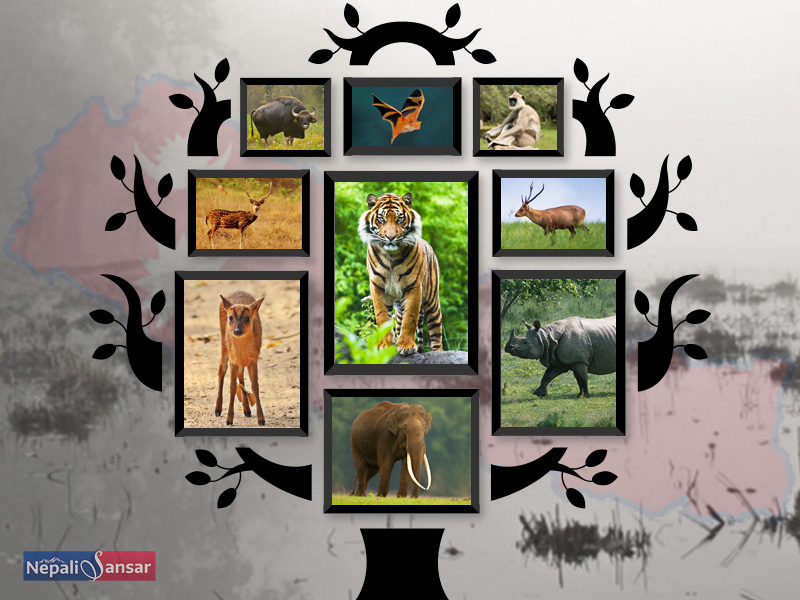 The Narayani-Rapti river system and its tributaries that run through the park are home to 113 species of fish and mugger crocodiles.

CNP is also home to an indefinite variety of butterflies, moths and insect species.

Chitwan National Park enjoys a tropical monsoon climate combined with high humidity throughout the year. Located in the central climatic zone of the Himalayas, CNP receives rainfall between mid-June – late September. During this period, the park experiences rainfall at a density of 2,500 mm.

After October, rain subsides, humidity drops and the temperature ranges anywhere between +/-18 degrees to +/-36 degrees. Nights remain as cool as 5 degrees.

The most suitable time to visit Chitwan is between October-March. During that time, the skies are clear and the temperature is pleasant, making for an ideal Chitwan National Park tours. The best time to get a glimpse of CNP’s rich fauna is between January-March as villagers cut the tall Phanta grass. June-September is unfavorable for jeep safari as the tracks are slick or submerged with water.

April-June and September-December are the best seasons for enjoying CNP’s unique bird-watch experience.

Following are some of the places to visit in Chitwan:

Here are some important updates about significant developments in the Chitwan National Park:

Where is Chitwan National Park in Nepal

From the Kathmandu airport, Chitwan National Park is located at a distance of 55 km and just 10 km from the Bharatpur airport. A number of cabs and buses are available for transporting the visitors. Sauraha town in the east and Meghauli village in the west provide the two main entrances to the national park.

Sauraha has hundreds of hotels, restaurants and other accommodation options while Meghauli offers an authentic Chitwan jungle safari experience for tourists.

Chitwan National Park provides an ideal holiday opportunity and a not to be missed experience for all wildlife aficionados.