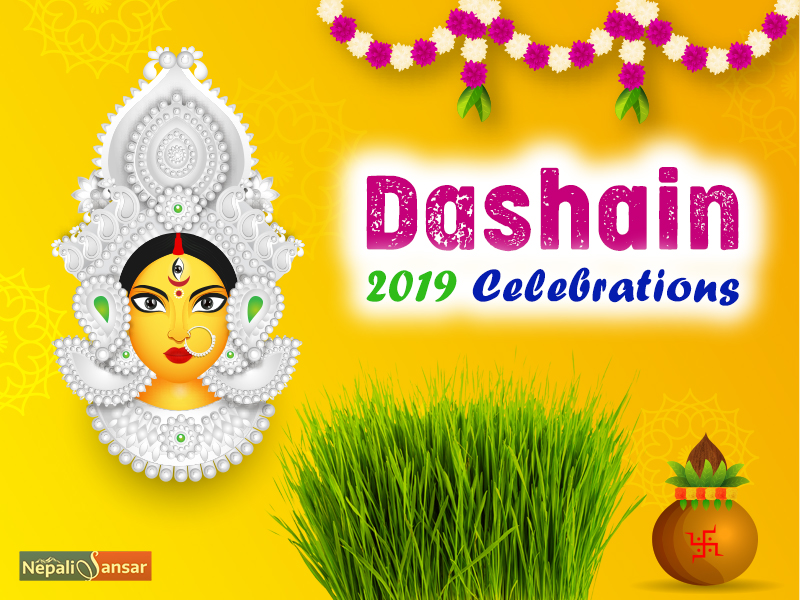 Immersed in the festive mood, adorned with vibrant colors and lost to the beat of traditional music.. That’s what Nepal looks like during Dashain!

Today, the country celebrates Maha Navami, the ninth day of the Dashain celebrations. Nepalis will be visiting temples of Goddess Durga, who is believed to be the ‘deity of victory & might’. Also, Nepalis worship the deity Vishwa Karma, the ‘God of Creativity’.

Animals, especially buffaloes are sacrificed on the occasion to honor the goddess. Military officers dressed in their uniforms with their medals play bands of war tunes and perform gun-firing in the air.

When the ceremony ends, the temple courtyards are filled with blood till ankle-level. 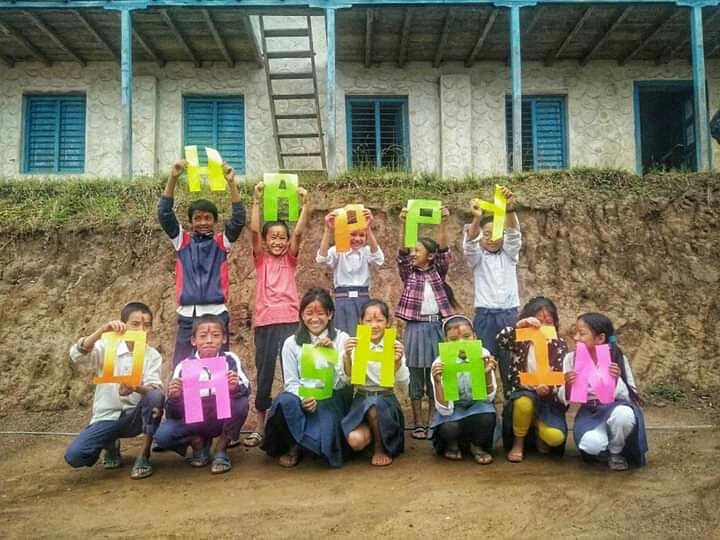 On this day, people get their vehicles, machinery, musical instruments and anything else that gives them a blessed livelihood. 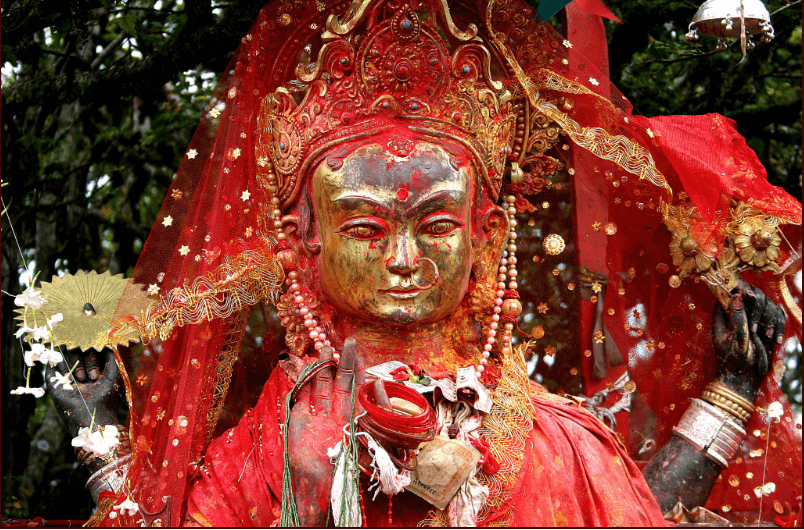 Let’s take a look at the preparations and celebrations of Dashain 2076 (2019) across the country:

As part of celebrations of the Dashain festival in Nepal, devotees have been visiting various temples of Goddess Durga, Mahalaxmi, Mahakali and Maha Saraswati and other deities reminiscent of power, knowledge and wealth.

More than 1 million people in 10 days have left their villages to celebrate the Dashain festival. 992, 867 individuals alone left from Kathmandu as of October 01, 2019. 119,467 vehicles were used to carry these individuals from the city, informed the Metropolitan Police Traffic Division (MPTD). Likewise, a total of 60,000 people have entered Kathmandu Valley for the Dussehra celebrations.

1) Natives Sow Jamara in Gorkha’s Dashain Ghar – On the first day of Bada Dashain festival, natives of Gorkha sowed the traditional Jamara – barley shoots to mark Ghatasthapana (the first day of Dashain). The ritual was performed at the Gorakhali and Manakamna temples in Gorkha on September 29, 2019.  People worshipped Lord Ganesh, diyo and kalas as mentioned in the vedas.

2) Students Receive Dashain Expense from PM KP Sharma Oli – In view of the upcoming Dashain festival, Nepal Prime Minister KP Sharma Oli presented students with a Dashain cash gift of NPR 5,000 on October 01, 2019. The Prime Minister has announced his guardianship for the students one and half years back. They include Grade 2 students from Ramdulari Secondary School of Kalyanpur municipality and two others from Mugu district.

3) NCP Organizing Dashain Tea Party – The ruling Nepal Communist Party has decided to hold a Dashain tea party on October 16, 2019 in view of the Dashain, Tihar and Chhath festivals. The NCP said that it will be inviting more than 100,000 individuals to the event, which will be held at Bhrikutimandap. This includes artistes, business community members, constitutional body officials and diplomatic agencies representatives among others.

4) Nepal Rastra Bank Issues New Currency – The NRB announced that it will be issuing new banknotes for the Dashain festival from September 27, 2019. It further stated that a person could avail of new banknotes up to NPR 18,500 until October 01, 2019. The new currency was made available at different banks and financial institutions.

Nepali Sansar takes this opportunity to wish you all a very Happy and Prosperous Dashain 2076!

May Goddess Durga bless your homes and families with prosperity, peace and happiness. May this festival be a time of renewed joy, hope and strengthen the bond among family and friends.

Dashain is Nepal’s biggest festival and this is evident through its scale and grandeur. The country is a colorful sight during this time. Have you visited Nepal during Dashain?

A Colorful Nepal Dashain (In photos) 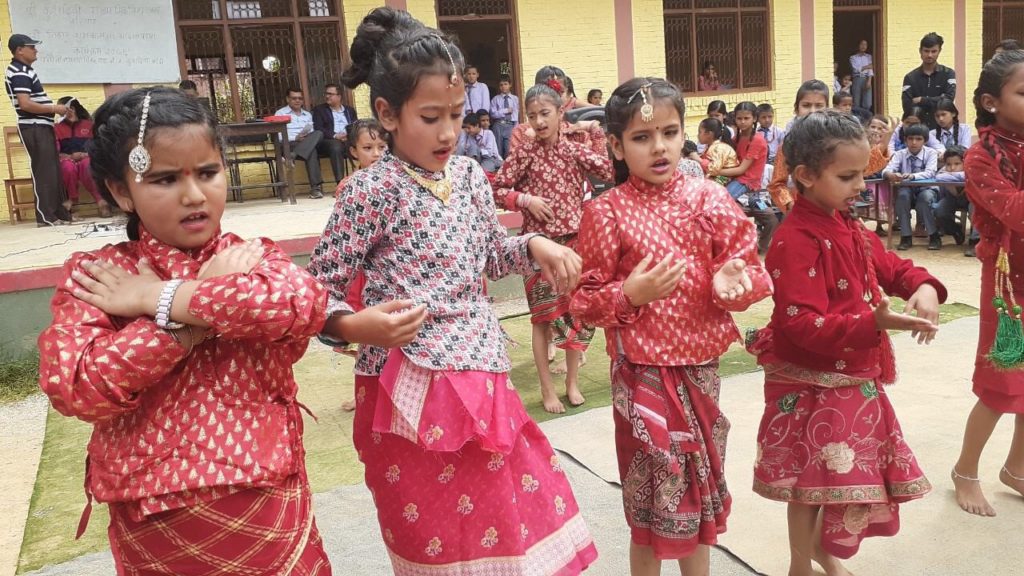 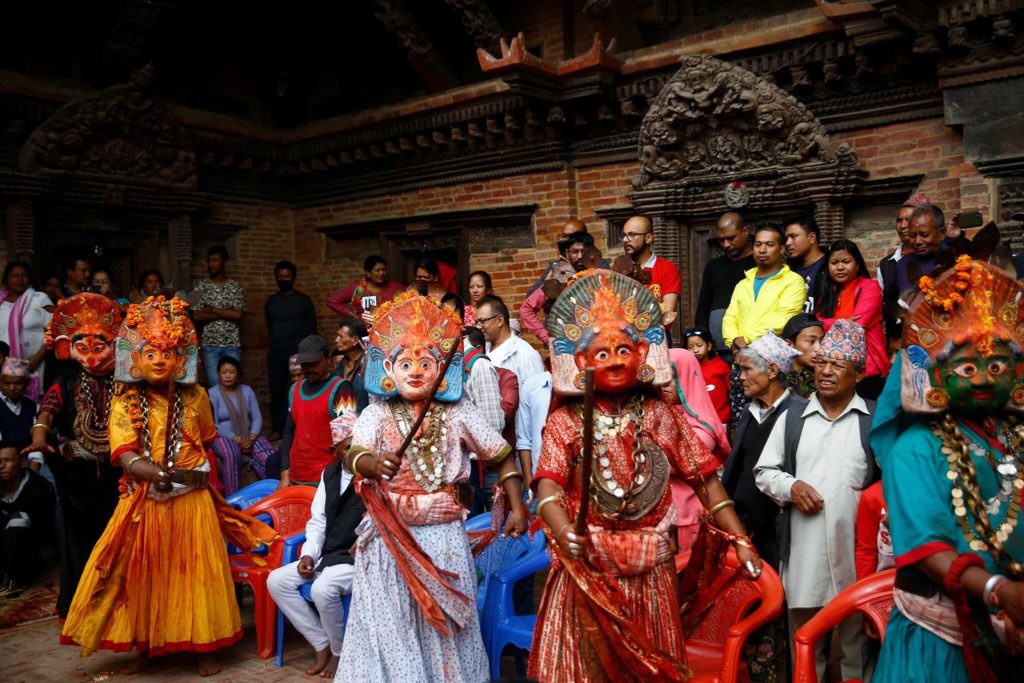 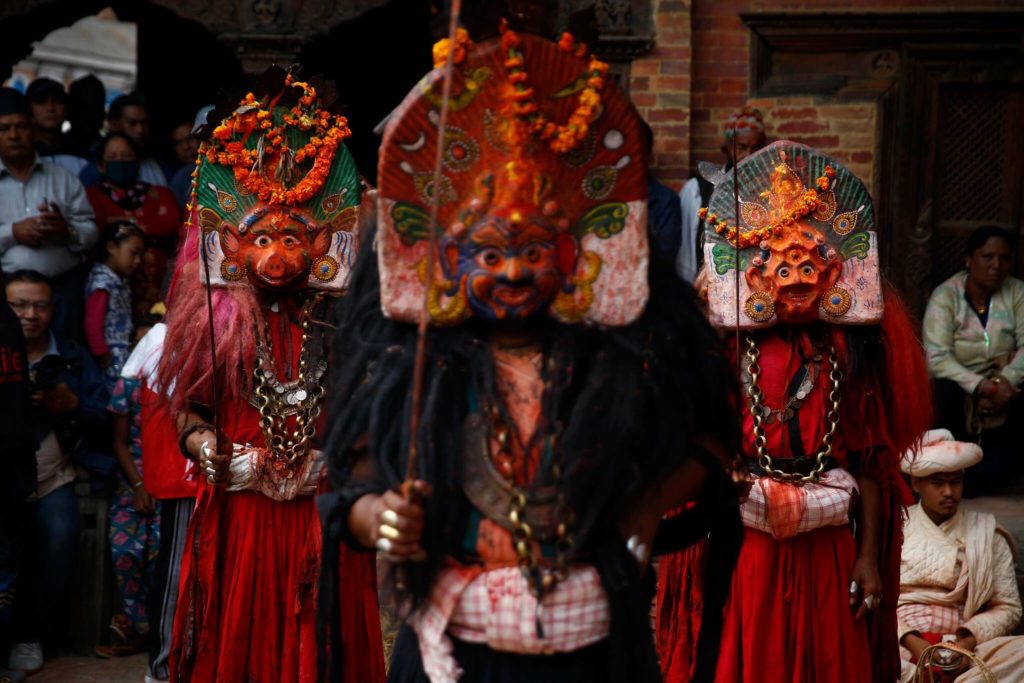 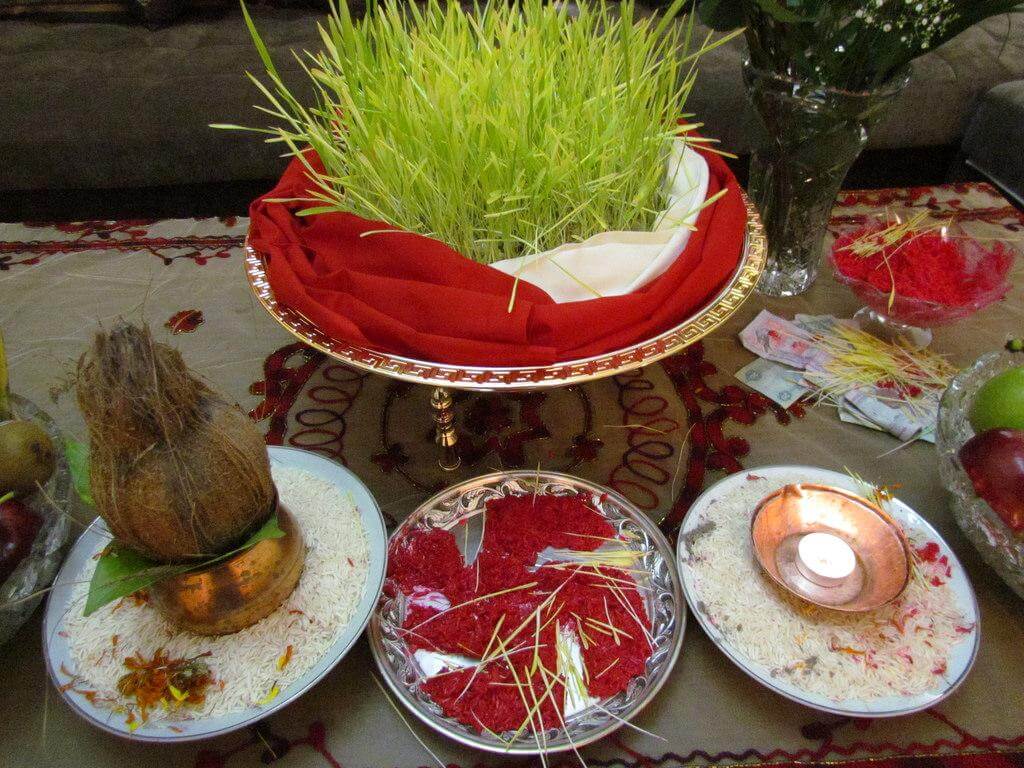 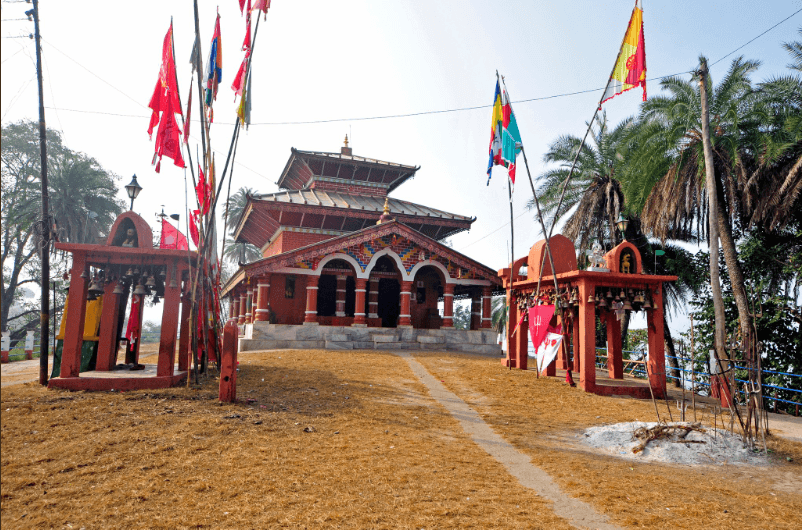 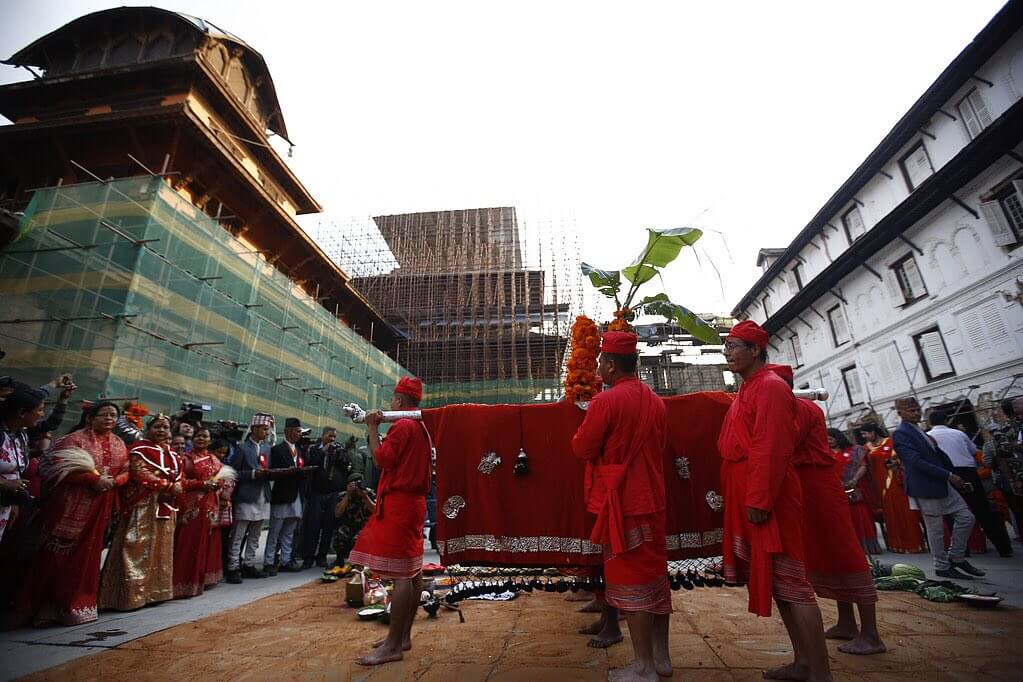 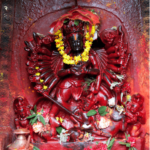