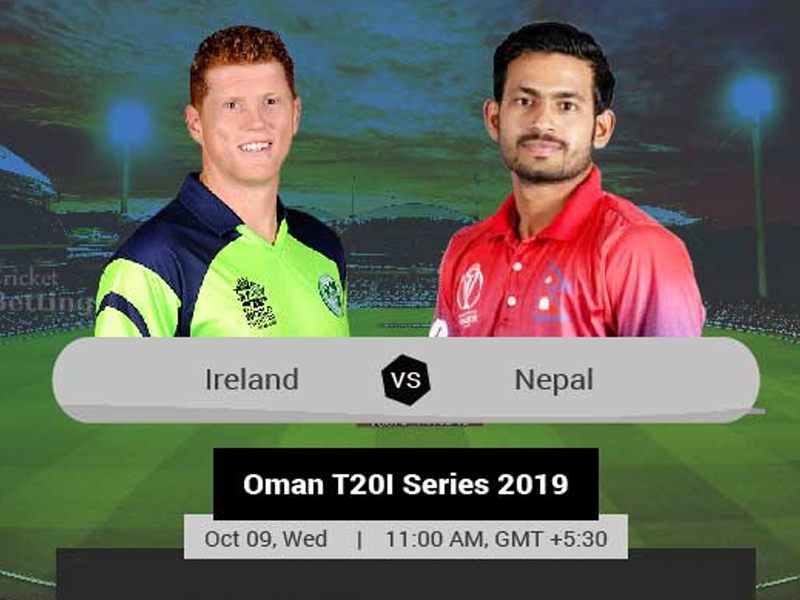 Today, Ireland and Nepal will be playing the 7th match of the ongoing Oman Pentangular T20I Series at the AI Amerat Stadium at 11:15 AM NPT.

Ireland defeated Nepal by 13 runs in their match at the AI Amerat Stadium.

Ireland won the toss and elected to field first. The Ireland team began its batting line with PR Stirling and KJ O’Brien. Stirling’s 59 runs from 47 deliveries gave Ireland a good start to follow up with.

Following close behind, A Balbirnie scored another 38 runs from 28 deliveries. Furthermore, SR Thompson’s 21 runs added to Ireland’s big score of 145 runs in 20 overs.

In terms of bowling, MR Adair and GH Dockrell were the highest wicket takers for Ireland with each player picking three Nepali wickets, each. 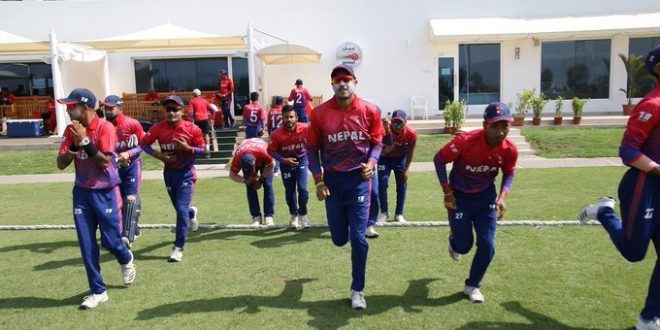 Nepal made a decent start to its innings with Ishan Pandey and Captain Khadka scoring 22 and 25 runs from 30 and 14 deliveries, respectively.

Aarif Sheikh and DS Airee followed up with 26 and 19 runs from 26 and 20 deliveries. However, the remaining of the team failed to keep up the same pace and ended up with a total of 132 runs at a loss of all wickets.

Binod Bhandari’s performance today is worth-noting. Unlike the earlier two Nepal matches against Hong Kong and Netherlands, he was bowled out at a score as low as one run.

Overall, Nepal put up a good fight but failed to register the numbers. The Nepal team will be facing host-country Oman in their upcoming match on October 10, 2019.

Among bowlers, Sandeep Lamichhane and Ashish Boharaw were the highest wicket takers. Both players picked two Ireland wickets each for the Nepali team.

Ireland has played four matches as part of the ongoing series and won three matches against Netherlands, Oman, Hong Kong and Nepal.

On the other hand, Nepal has played three matches with Hong Kong, Netherlands and Ireland and won two matches against Hong Kong and Netherlands.

With this match, Ireland has reached the top of the points table (with six points), replacing Oman who is now at the second position. Nepal continues to stand at the third position with four points on the table.