Beginning with Kathmandu, the Trophy travelled to Swayambhu, Chandragiri and Pokhara before leaving to India
Cricket
News
Sports 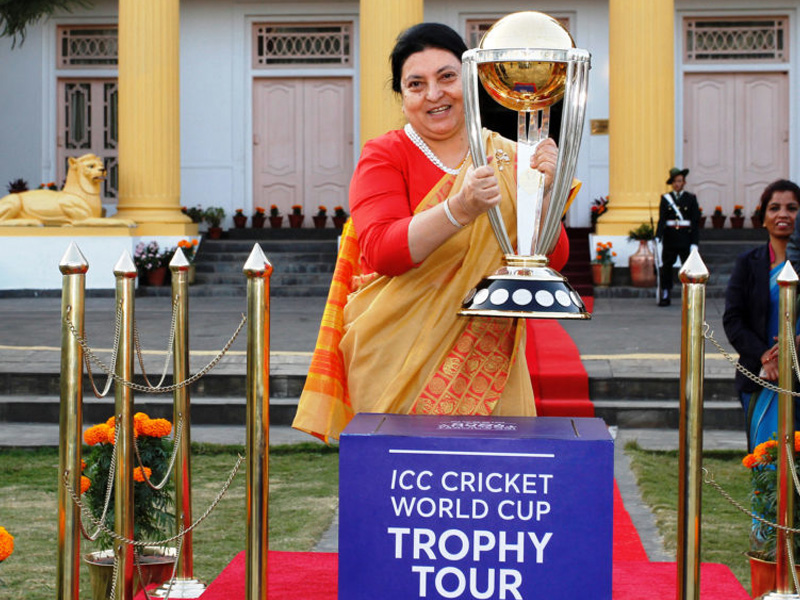 The Trophy began its Nepal tour on October 26, 2018 after its successful journey in Bangladesh.

During its four-day tour in Nepal, the Trophy will cover different places of Nepal including Kathmandu, Swayambhu, Chandragiri and Pokhara.

Beginning with Kathmandu on October 25, 2018, the Trophy was taken to the UNESCO Heritage Swayambhu Temple for a photo shoot.

In a brief ceremony at the event, the International Cricket Council (ICC) unpacked the Trophy for its photo shoot at the Monkey Temple.

The next day, it was taken to Pokhara, where it was put for display at the Pokhara Stadium- the venue of the Pokhara Premier League (PPL).

The further journey continued to Chandragiri Hills via a cable car for scenic photography, followed by interviews with players on October 28, 2018. 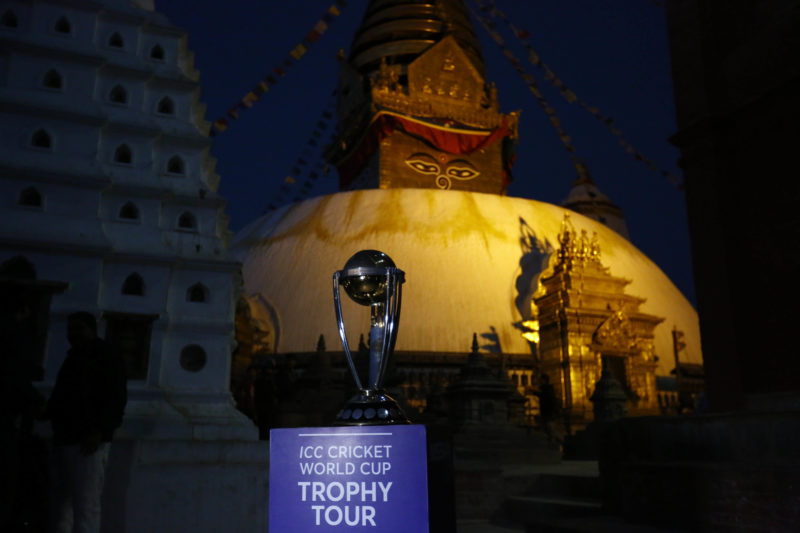 “We are also planning to have a meet and greet program with Prime Minister KP Sharma Oli on its way back from Chandragiri Hills. We have a program hosted by Hublot’s regional retail partner at Durbar Marg on Sunday evening,” Bhawana Ghimire, former CEO of Cricket Association of Nepal and ICC’s local representative in Nepal, said in a statement.

Later, the Trophy was brought to the Basantapur Durbar Square, where it was kept for public display on October 29, 2018 before its next travel to India, other countries and finally to England and Wales, the venue for the 2019 ODI Cricket World Cup in February 2019.

The 60-cm tall and 11-kg trophy is made of gold and silver and features a golden globe held by three silver columns.

While the columns in stumps and bails shapes represent the three fundamental aspects of cricket i.e. batting, bowling and fielding, the golden globe represents a cricket ball.