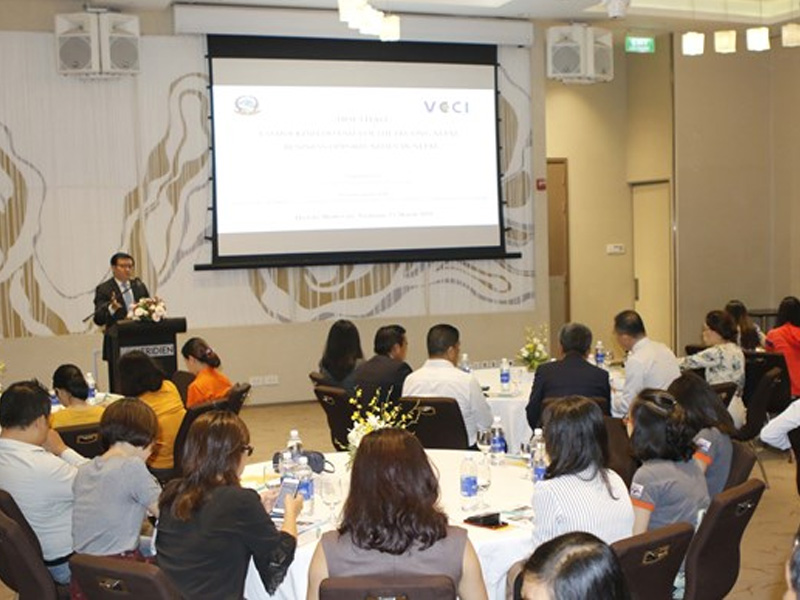 Nepal and Vietnam are exploring each other’s potential opportunities as part of bilateral ties.

The Vietnamese Chamber of Commerce and Industry (VCCI) confirmed this, saying both the nations have potential areas of focus such as tourism for mutual cooperation on March 14, 2019.

In this regard, more Nepali companies are turning towards Vietnam for better opportunities. While, Nepal is also a promising destination for Vietnamese enterprises, Nguyễn Thế Hưng, Deputy Director of VCCI’s HCM City branch said in a statement.

Speaking at a seminar on ‘business opportunities in Nepal’, the VCCI official informed that the
Nepal-Vietnam trade was modest at USD 38 million in the first nine months of 2018.

In line with this trend, many Vietnamese products such as beverages, agricultural produce, textiles, garments, electrical equipment and food can be exported to Nepal, Hưng adds.

Besides, a large number of Nepali tourists are visiting Vietnam, and vice-versa.

According to VCCI, 7,000 Vietnamese tourists visited Nepal in 2007, with majority of them embarking on spiritual and eco-tourism.

On the other side, Nepal is also welcoming investments in areas like hydropower, transportation, agriculture, tourism, ICT, among others, said Janga Bahadur Gurung, Counsellor and Deputy Chief of Mission at the Nepali Embassy in Bangkok.

Gurung informed that the Nepal Government would announce new policies for attracting FDI as part of the upcoming Nepal Investment Summit scheduled for March 29-30, 2019.

According to Gurung, Nepal Government will present 24 viable projects during the Summit that will see more than 700 participants from more than 50 countries.

In his address, Second Secretary at the Embassy Pratigya Rai highlighted Nepal’s potential in tourism and natural ecosystem.

Hope the new discussions will convert into tangible results for both the countries in the years to come!