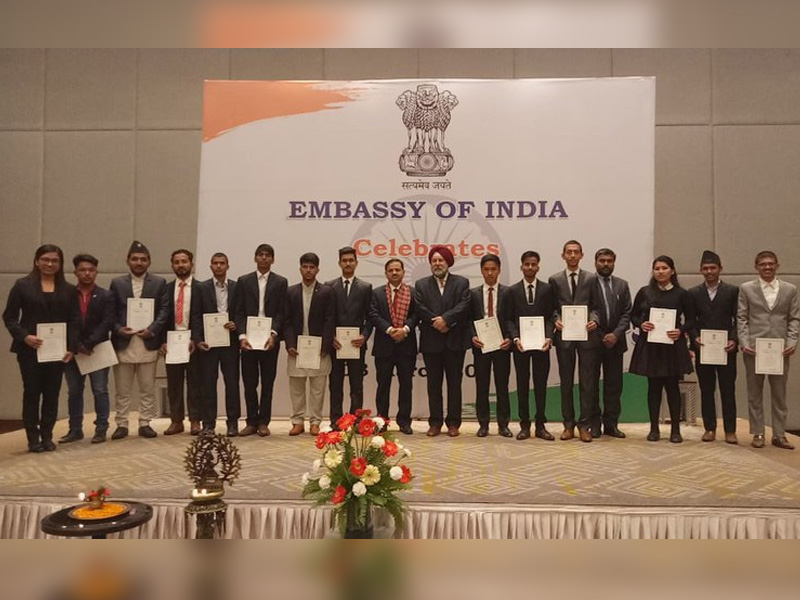 In a move extending its commitment to Nepal’s local development, the Indian Embassy in Kathmandu awarded 200 Golden Jubilee Scholarships to meritorious Nepali students for the academic year 2018-19.

The award recipients included 45 percent of girls and 8 percent of differently-abled students, the Indian Embassy said in an official release.

Speaking on the occasion, Indian Ambassador to Nepal Manjeev Singh Puri congratulated the students and urged them to focus on socio-economic development of Nepal and areas that boost Indo-Nepal relations. 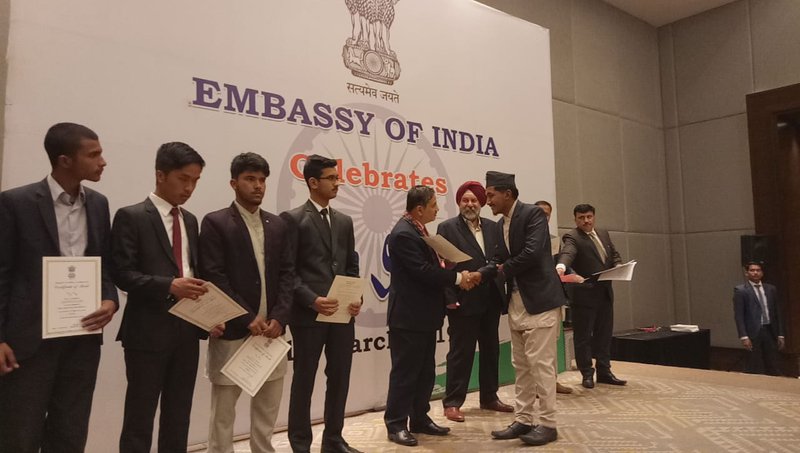 Indian Government introduced this scheme in 2002 marking the 50 years of India-Nepal Economic Cooperation, and as a mark of India’s support to human resources and socio-economic development of Nepal.

From 50 at the start, the number of Nepali award recipients increased to around 100 students by and continued to remain 200 since 2012.

Till date, the scheme has benefited around 2,350 students from 77 Nepali districts, the Embassy said in its release.

Women in Higher Education On Rise in Nepal 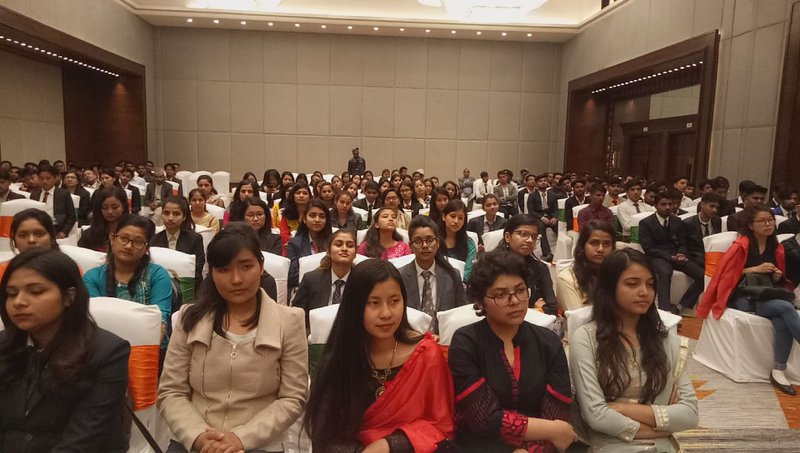 Meanwhile, the number of women students in higher education are growing as a result of rise in enrolment of girls in schools, a senior Nepali official said on March 12, 2019.

Speaking at the ongoing 63rd Session of the Commission on the Status of Women (CSW-63) of UN, president of Women and Social Committee of Nepal Niru Devi Pal recalled Nepal’s achievements in advancement of women rights through the Beijing Declaration and Platform for Action of 1995, among other initiatives.

She emphasized that the girl empowerment made by Nepal has changed the dynamics of human resources in Nepali public sector, placing women in key decision-making positions.

Stating that many Nepali women have moved away from traditional practices, Devi said that there has been a gradual progress in women presence across politics, education, media, health, among other sectors.

Stay tuned for more interesting updates about Nepal and Nepalis!