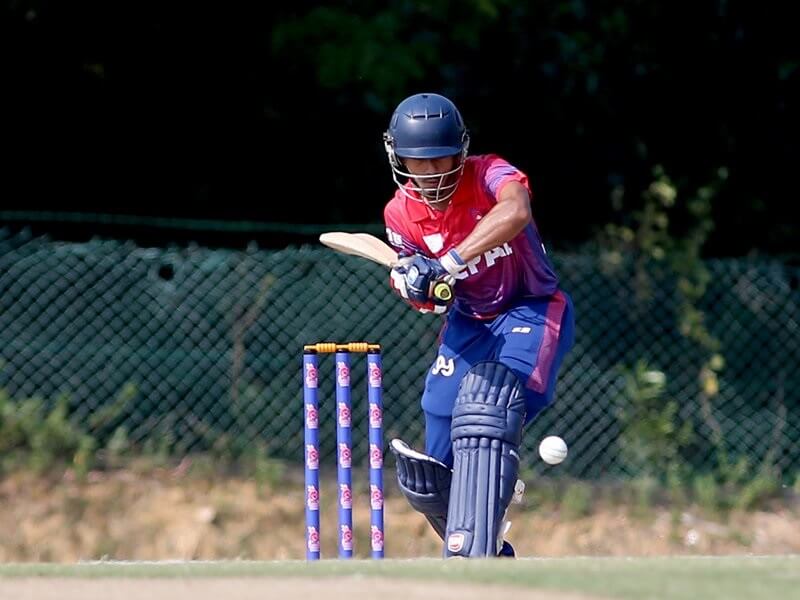 Following the winning streak from its match with China, Nepal defeated Singapore by 217 runs and landed a position in the ACC U19 Eastern Region Cricket semifinals.

Initially, Nepal won the toss and elected to bat. Nepal Under 19 team scored 326 runs by losing just 4 wickets throughout the 50-over match.

Rit Gautam remained Nepal’s highest scorer with 115 runs off 137 balls, including 10 fours and one six.

Teammates Khadak Bahadur Bohara and Kushal Malla followed close behind with a contribution of 90 and 51 runs, respectively.

Then came Singapore’s turn to bat. The team finished their innings with a score of 109 runs at a loss of all wickets in 39.1 overs. 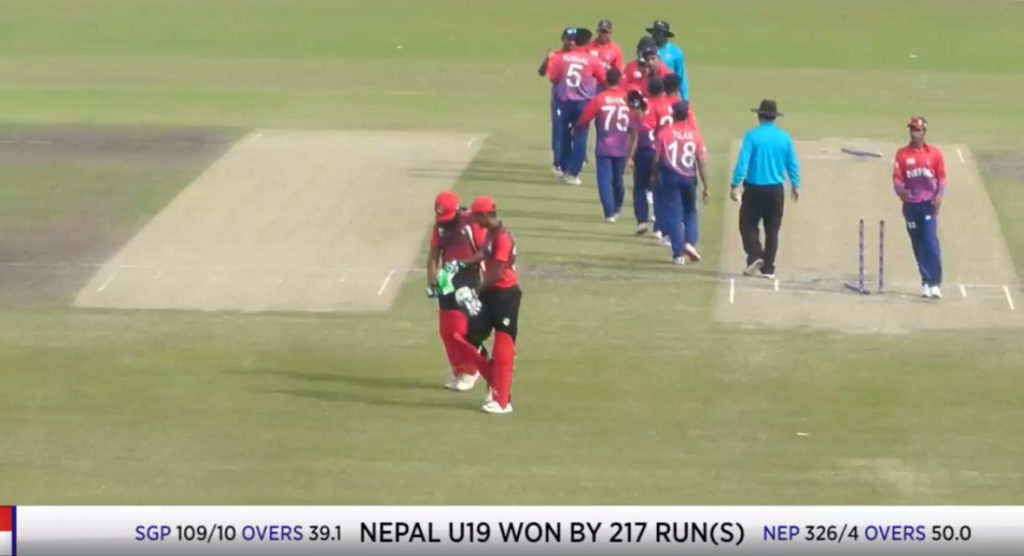 Singapore’s Chandramauli Sridev and Hari Kukreja were the highest scorers for Singapore with 63 runs and 57 runs, accordingly. 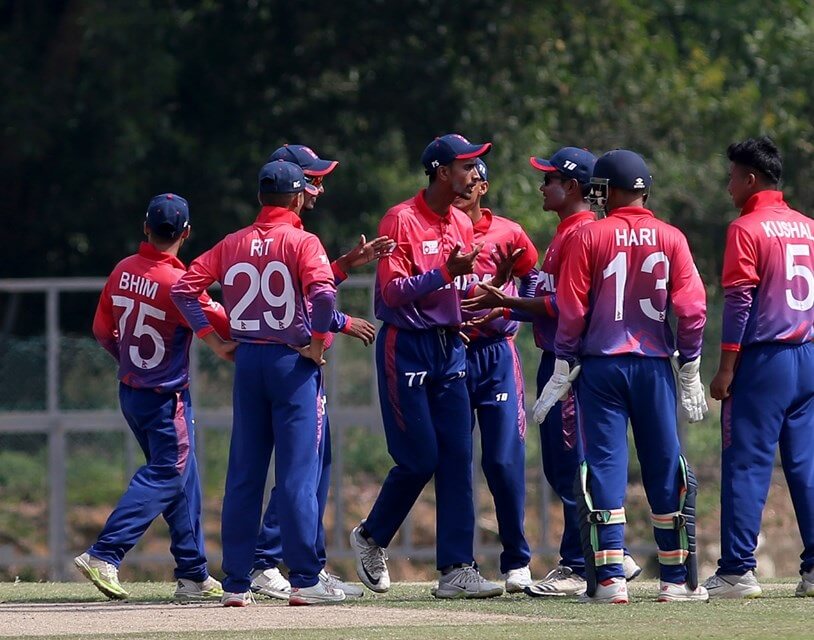 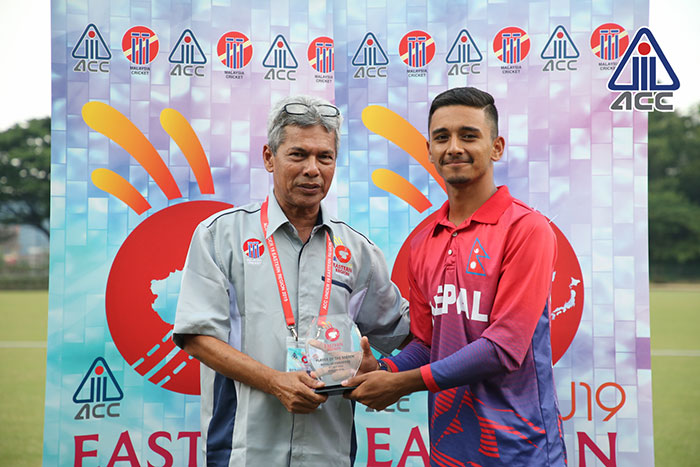 Watch Nepal U19 Vs Singapore U19 Match Live Here!

NepaliSansar wishes the Nepal U19 team for another resounding victory. All the best!