“Our nation is stronger today than it ever was before. It is its strongest now,” said Trump.
News
World 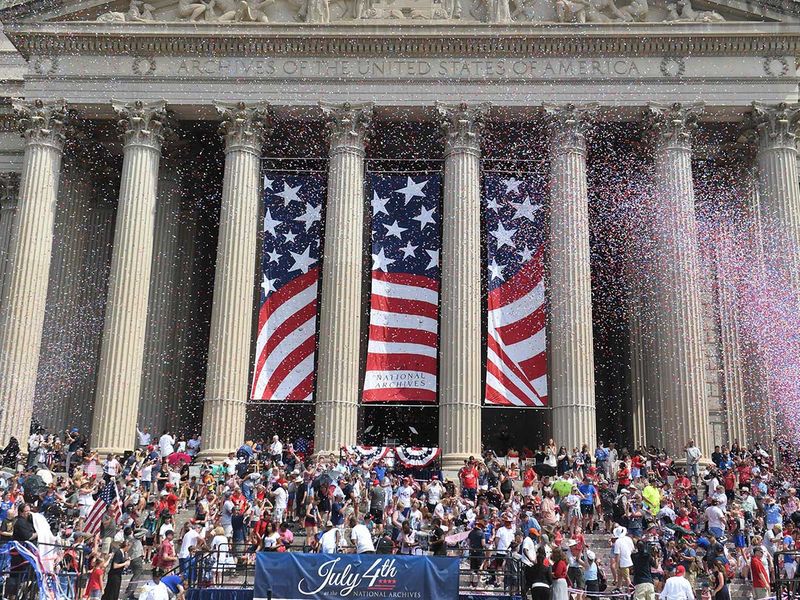 Marking the 243rd American Independence Day on July 04, 2019, US President Trump called for a grand celebration this year with a spectacle of US fighter jets flying over the Lincoln Memorial Grounds.

The Republican President praised the military during the celebrations of the US Independence Day.

Trump resounded his famous campaign rally theme as he addressed the cheering crowds at the historic location.

“Our nation is stronger today than it ever was before. It is its strongest now,” said Trump.

Trump’s lavish celebration was an inspiration from France, who had a similar display.

New York’s Independence Day celebrations was considered the biggest in the country, which involved a beautiful firework display that lit up Brooklyn Bridge.

The town of Bristol in Rhode Island continued to celebrate the day in traditional fashion, where the celebrations began on Flag day and ended on July 04, 2019 with a parade that drew tens of thousands of spectators.