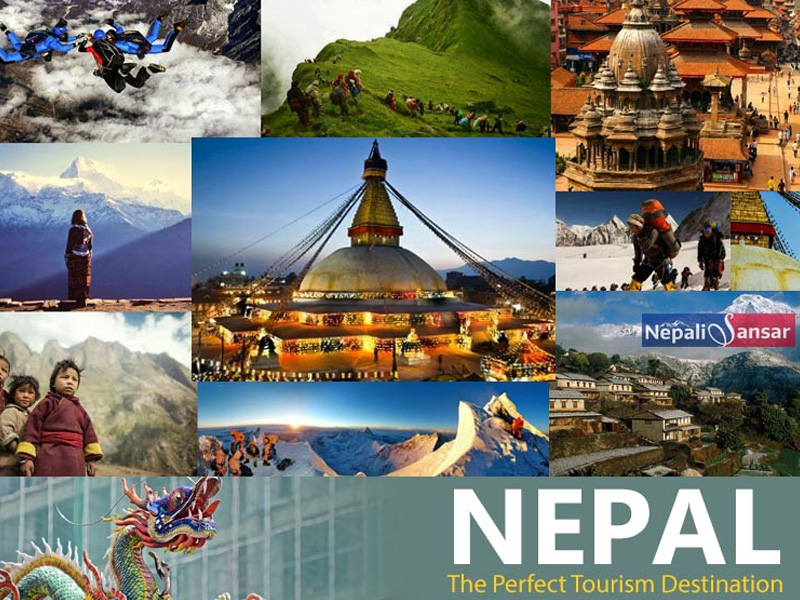 The Nepal Tourism Board (NTB) has come up with an ambitious plan to increase the inflow of Indian tourists to Nepal by 30 percent between 2019-20.

“The tourist flow from India by air mounted to 2,00,438 in 2018, registering a 25 percent growth over the number of visitors recorded in 2017,” said Rohini Prasad Khanal, Manager, NTB Corporate Services Department. 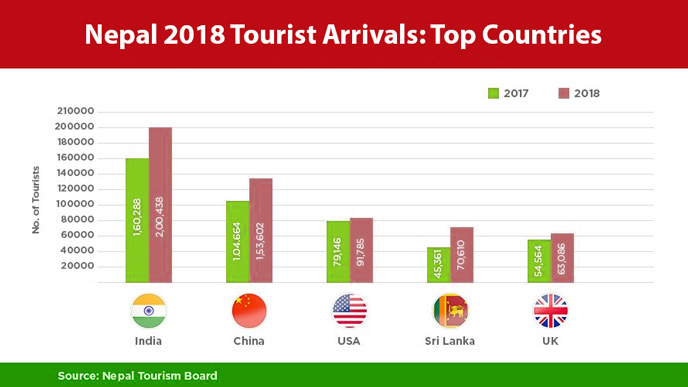 Khanal, who headed and represented the NTB delegation in India said that ‘Indians remain the top contributors of Nepal’s international tourists’.

“Nepal received 1,173,072 international tourists excluding overland travelers in 2018, of which the top arrivals were from India, China, Sri Lanka, the US and the UK,” Rohini Prasad Khanal said.

According to Khanal, Nepal plans to initiate operations in two international airports in Lumbini and Pokhara and introduce 100 unexplored destinations in the year 2020. He added that the private hotel sector plans to add 4,000 rooms to hotels under the four and five-star categories in Kathmandu, Pokhara and Chitwan.