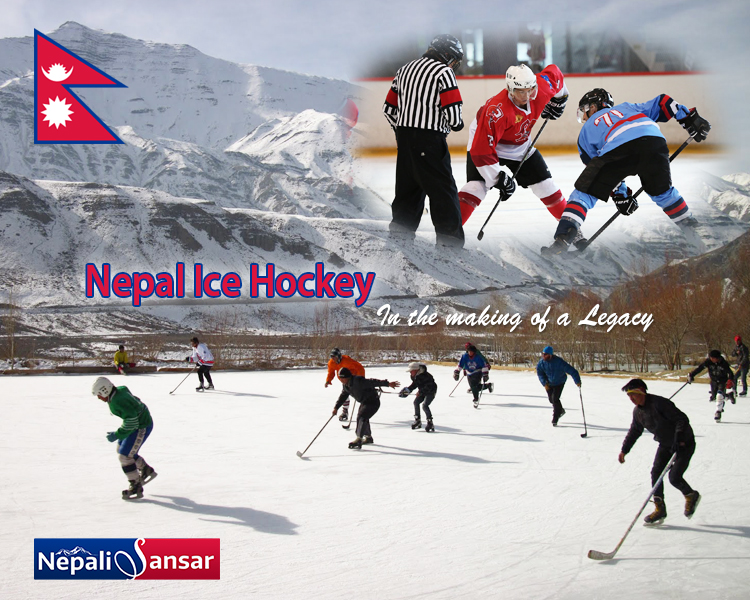 “Hockey players have fire in their hearts and ice in their veins.” -Anonymous

Taking quick glides across an ice rink, buckled in skates, carefully shuttling the puck across the rink, players are focused on just one thing… The goal!

Nepal’s dedication towards sport is not unknown to the world but when it comes to ice hockey, the rush is different! 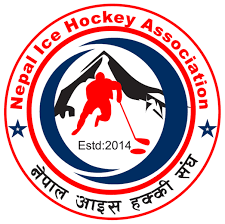 Nepal saw new hope for Ice hockey when the Nepal Ice Hockey Association (NIHA) was established in 2014. The federation was formed with the following goals in mind:

The first national team was formed in the capital of Nepal, Kathmandu in the same year. Currently, the country has no indoor ice rinks but makes use of Lake Tilicho, which is frozen for about half a year, for skating and playing hockey. Kathmandu, Pokhara, Ilam and Kavree have four outdoor inline hockey rinks that serve the purpose, additionally.

Things took a higher turn for Nepal Ice Hockey when NIHA became an associate member of the International Ice Hockey Federation (IIHF) in 2016. It was a historic moment for Nepal!

During his visit to the IIHF headquarters at Zurich, the NIHA President told IIHF.com, “With the support of the government and the IIHF, we are looking to build a new chapter in Nepalese sports with ice hockey”. Adding further he said that he hoped the first ice rink could be soon built in the capital Kathmandu for which the land had already been acquired. At the time, ice hockey could be played on natural ice only in winter months.

NIHA continues to strive for higher standards of the sport and in its bid to do so, it takes up conducts a number of activities in terms of competitions and matches but more importantly takes up some serious initiatives.

While the rest of the game remains almost the same in both types!

The game is divided into three 20 min periods, where a face-off between two players initiates the game. Followed by this, the match gets diverted to the teams who have to strive to get the puck to each of their goals.

Each team consists of 6 players including the goalie, two defensemen, center and two forwards.

In this fast sport, the puck can travel up to 100 mph and since this game is body-bruising players use protective gear. Moreover, there are no substitutions!

Countries that Love to Play Ice Hockey
The national winter sport in Canada, ice hockey is the most popular sport in the country and in other countries like Europe, Nordic countries- Denmark, Finland, Iceland, Norway and Sweden, Russia and the United States. Like Canada, for countries such as Belarus, Croatia, the Czech Republic, Finland, Latvia, Russia, Slovakia and Switzerland, ice hockey is the most popular winter sport.

NIHA’s Map for the Future
NIHA is working hard to make Nepal a prominent entity in terms of ice hockey and in this regard,  it has outlined a few plans for the future:

Hope for the Future
With many initiatives in the pipeline, ice hockey in Nepal will soon bear fruition and if things continue in the same pace, the day will not be very far when the country will have its own Ice Hockey Rink!