Navigation
Navigation
Home > Sports > Cricket > Nepal All Set for ODI Tri-Series with UAE, Lamichhane on Board!

Nepal All Set for ODI Tri-Series with UAE, Lamichhane on Board!

With Sandeep Lamichhane on board, Nepal national cricket team is scheduled to leave for Abu Dhabi on January 22, 2019
Cricket
News
Sports

Relaxing a bit, Nepali national cricket team is all set for its next battle with UAE from January 25, 2019.

The upcoming series is going to be the second ODI International series for Nepal and includes three ODIs and three T20 Internationals.

Lamichhane has reportedly returned to Nepal to prepare for the scheduled series.

The spinner landed in Kathmandu on January 21, 2019, almost after a one-month period, completing his successful journey with the Big Bash League (BBL) of Australia and Bangladesh Premier League (BPL).

In these two international cricket series, Lamichhane played four matches in Australia and six in Bangladesh.

With Lamichhane on board, the national team is scheduled to leave for Abu Dhabi on January 22, 2019 for the Tri-Series.

“We are delighted to welcome Nepal to the UAE for this (ODI) tri-series, and we expect a strong performance from our team under the captaincy of Naveed. We are also very excited to take the match to a wider, international audience through live streaming, and we anticipate this will be exceptionally well received across the region,” says Waleed Bukhatir, Emirates Cricket Board Member and Chief Selector. 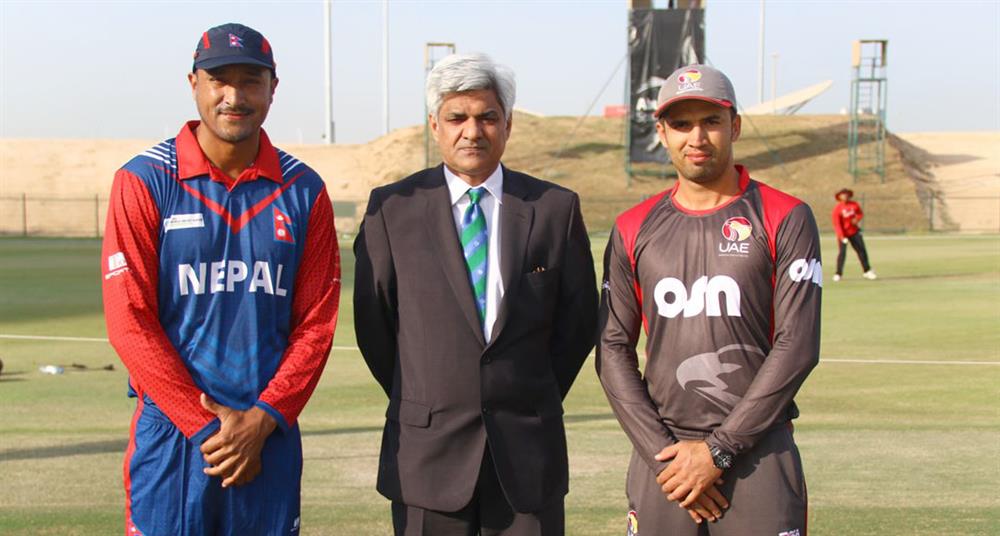