Budhanilakantha is a Sanskrit word that means ‘Old Blue Throat’, a title of Lord Shiva that was given by gods after the Lord drank poison to save the world
Culture
News
Tourism

Nepal is the land of culture and rich heritage. The country is known to some of the world’s iconic tourism destinations and architectural wonders.

Here in this article, we will see about one such sculptural marvel that Nepal boasts of.

Exactly 10 kms away from Kathmandu at the base of Shivapuri Hill lies South Asia’s sculptural wonder, the Budhanilakantha Temple, the house of Lord Vishnu. 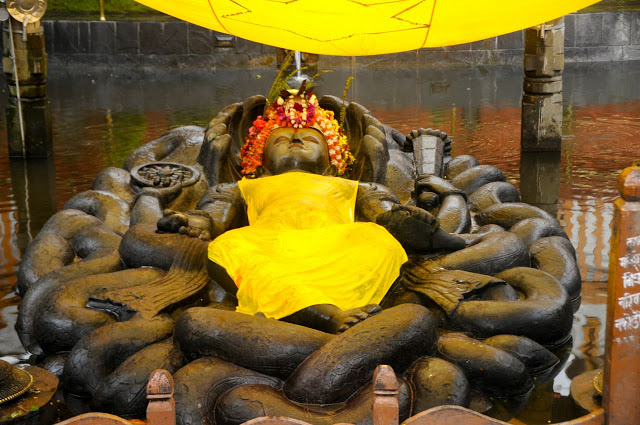 Some interesting facts about the mesmerizing sculpture of the Budhanilakantha Temple:

1) Budhanilakantha is a Sanskrit word that means ‘Old Blue Throat’, a title of Lord Shiva that was given by gods after the Lord drank poison to save the world

4) Vishnu idol in the lake was believed to have been built during the reign of the 7th century monarch Vishnugupta, who controlled the Kathmandu valley, 1400 years ago

6) The water in Budhanilakantha is believed to have originated from Gosainkund, a lake formed as a result of Lord Shiva’s trident striking with the mountainside

9) Thousands of pilgrims visit the temple during Haribondhini Ekadashi that is held during the 11th day of the Hindu month of Kartik (October – November), every year

10) A big fair is also held at Budhanilkantha every year on the auspicious days of Ekadashis, Harishayani and Haribodhini, marking the 4-month sleeping period of Lord Vishnu as believed by Hindus

Budhanilkantha holds high significance as one of the key tourism destinations not just in Nepal, but across South Asia. 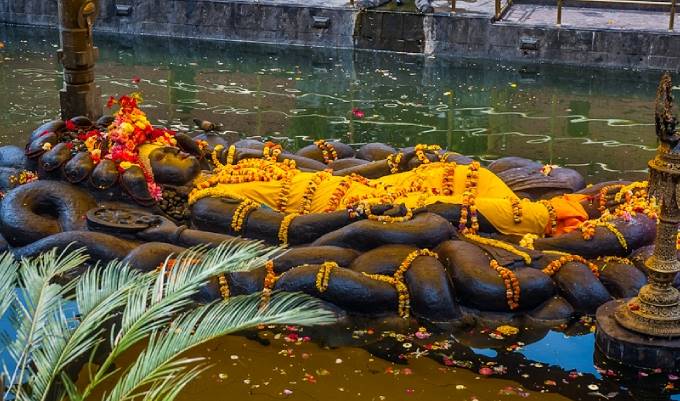 Nepal has many such tourism destinations lying across the country, untouched and unexplored!