In an exciting update for Kathmandu, Nepal’s capital city was ranked 19th out of the 25 world’s best tourism destinations for the year 2019.

What TripAdvisor said about Kathmandu

The tourism site has described Kathmandu as Nepal’s capital surrounded by a valley full of historic sites, ancient temples, shrines and fascinating villages in the list of prime tourism destinations.

Mingle with locals and animals amid Durbar Square’s monuments or join mountain trekkers in the bustling Thamel District. Explore shops for exquisite work by local artisans – carpets are some of the activities tourists like most in Nepal. 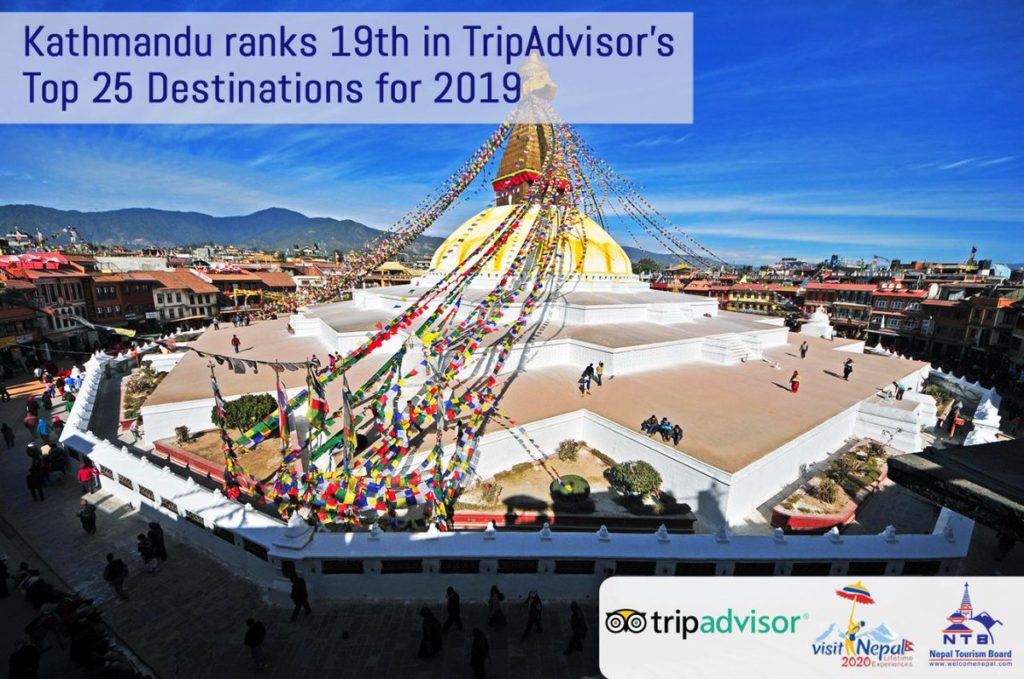 Photo by: Nepal Tourism Board

UK’s capital city London has been ranked as No.1, followed by France’s Paris and Rome’s Italy.