In a breakthrough for India, PM Narendra Modi made a surprise announcement on March 27, 2019 stating that the country carried out its first-ever anti-satellite (ASAT) weapon test.

According to Modi, the test ‘Mission Shakti’ took three minutes and destroyed a target satellite at an altitude of 300 km in low-Earth orbit (LEO).

With this experiment, India becomes the fourth country with a demonstrated anti-satellite capability after US, Russia, and China. 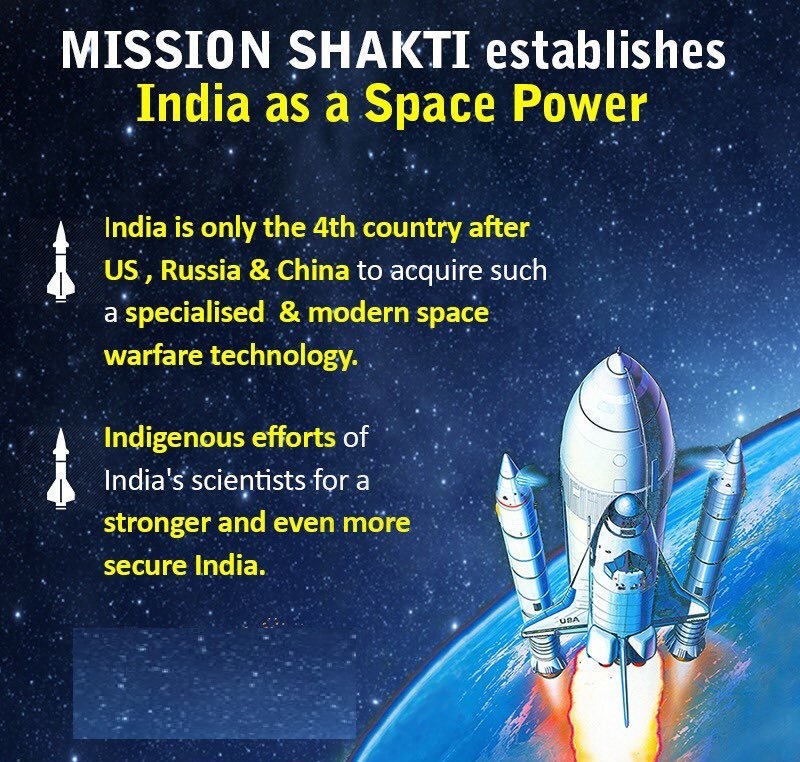 As per Modi’s description, India’s anti-satellite destroyed a target at an altitude closer to the US test, which produced limited debris that decayed out of orbit within a year’s time. The US test shot down a satellite at an altitude of 240 km.

In the journey of every nation there are moments that bring utmost pride and have a historic impact on generations to come.

One such moment is today.

India has successfully tested the Anti-Satellite (ASAT) Missile. Congratulations to everyone on the success of #MissionShakti.

In the past, Indian officials had discussed about a nascent ASAT capability but did not hint to any specific system.

Moving forward, in 2012, India DRDO Head V.K. Saraswat stated that the country had the components to put an anti-satellite weapon together.

However, Saraswat said that India would not perform an anti-satellite test at that time.

“We will not do a physical test (actual destruction of a satellite) because of the risk of space debris affecting other satellites,” said Saraswat.

An anti-satellite weapon is used to destroy enemy satellites during the war. While many nations have operational ASAT systems, no country has still used their ASAT system in warfare.

In the past, a few nations have shot their own satellites (non-functional) to demonstrate or test their ASAT capabilities and prove military strength.