Sandeep Lamichhane, the joint highest wicket taker with 17 scalps in six matches was awarded the Man of the Tournament title.
Cricket
News
Sports 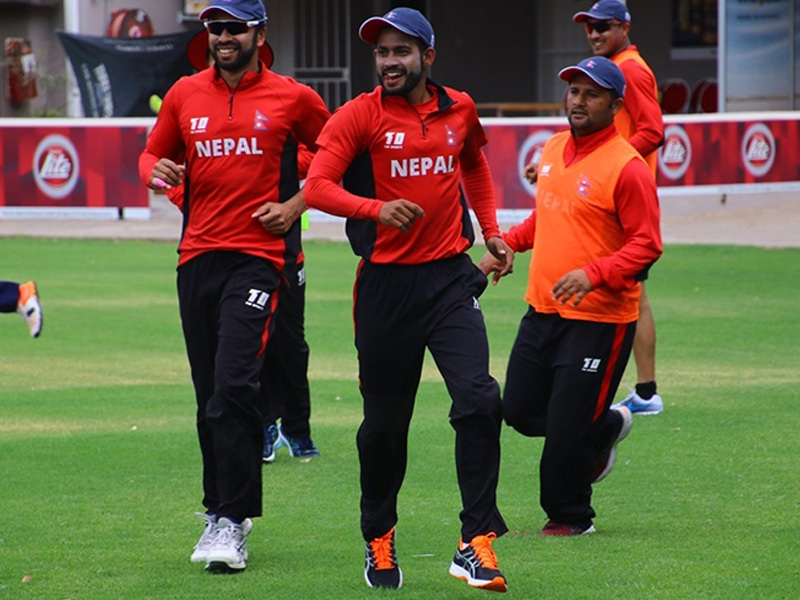 In a closely-contested final at the ICC World Cricket League Division II tournament, UAE edged out Nepal by a narrow margin of seven runs at Windhoek, Namibia on February 15, 2018.

UAE won the toss and elected to bat first, scoring 277 runs for the loss of four wickets in the allotted 50 overs. Chasing the mammoth target of 278, Nepal managed to score only 270 losing eight wickets despite a valiant century by captain Paras Khadka.

In spite of the huge target at an asking rate of over 5.5 runs per over, Nepal put up a spirited chase beginning with a 38-run opening stand between Dilip Nath and Gyanendra Malla. Paras Khadka, who walked in after the fall of the first wicket, then put together useful partnerships of 73 runs with Dipendra Singh Airee and 63 runs with veteran middle order batsman Sharad Vesawkar.

After Vesawkar’s departure at the score of 174/4 in the 38th over, Nepal required the rest of the batsmen to rally around Khadka in order to chase the target successfully. However, regular wickets at quick intervals did not help their cause.

Paras continued his stupendous effort scoring 112 runs in just 103 balls, which included three towering sixes in the last over. However, the task of scoring 28 runs in the 50th over proved to be impossible even for the swashbuckling skipper leaving Nepal to be content with the runner-up title.

For UAE, opener Ashfaq Ahmed was the top scorer with 114 runs laced with 10 fours and 3 sixes, while skipper Rohan Mustafa scored 51 runs.

Sandeep Lamichhane, the joint highest wicket taker with 17 scalps in six matches was awarded the Man of the Tournament title.

It is noteworthy here that Nepal has earlier secured its position in the 2019 World Cup Qualifiers following an outstanding victory against Canada on February 14, 2018.

In the ICC World Cup Qualifiers scheduled to be held in Zimbabwe in March, 2018, Nepal will now play in Group B along with Afghanistan, Scotland, Hong Kong and the hosts.