Oli is Back Again As 41st Nepal PM

The long-awaited announcement over the appointment of new Nepal Prime Minister has finally been made on February 15, 2018.

Following the Nepali Congress President Sher Bahadur Deuba’s resignation as the 40th PM, the CPN-UML Chairman KP Sharma Oli has been announced as the next. i.e. 41st Prime Minister of Nepal.

Announcing Oli’s appointment, the President Office has issued a statement, wherein, it said Oli’s appointment has been made based on the majority his candidature has won from the parties represented in the House of Representatives.

The Communist Alliance, CPN UML and CPN-MC, has received a comfortable majority in the 275-member House of Representatives in the recently-concluded Nepal General Elections 2017.

Having emerged as the largest political party in the recent elections, Oli-led CPN-UML party has gained all the required support and claimed to form the new Nepali Government in partnership with the CPN-MC party led by Pushpa Kumar Dahal.

This is the second time that Oli is serving as the Nepal PM after October 2015 when he was appointed as the 38th PM of the country following the promulgation of the new Nepal Constitution in September 2015.

Oli’s appointment, back again to the post, is coming at a time when the country is witnessing a transformation to a Federal form of governance as recommended by the new constitution.

In a move encouraging a healthy political environment in the country, Oli promised to review all the decisions, of national interest, put forth by the earlier government led by Sher Bahadur Deuba.

Indian Prime Minister Narendra Modi congratulated Oli on his appointment as the new Prime Minister of Nepal and extended government’s possible support for the overall development of Nepal.

Congratulating Oli on his appointment as the new Nepal PM, the United States Ambassador to Nepal Alaina B Teplitz tweeted, “We look forward to continuing our work with the new government to build a more democratic, prosperous, and stable Nepal.”

In another message, Bangladesh PM Sheikh Hasina also said, “The citizens’ trust placed in you for the second time demonstrates the high evaluation of your efforts for their welfare. I look forward to closely cooperating with your government for assuring peace and prosperity for the peoples of our region.” 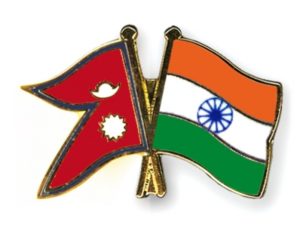 The major tasks ahead for Oli include ensuring stable governance while also maintaining balance in the international relations as Nepal shares borders with the two Asian giants India and China.

Besides, the implementation of new Nepal Constitution is another issue on priority for the new Nepali Government.

Though the Left parties were often referred to as pro-China, Oli’s stance towards governance and policy-making appears balanced with a similar level of cordial relationship with India as well.

This was evident in the recent high-profile visits of Indian officials such as Indian Minister Sushma Swaraj, Indian Army Chief Bipin Rawat, among others to Nepal and Indian Prime Minister Narendra’s conversation with Oli over his candidature to the PM post.

“Oli is going to be pragmatic as prime minister to balance India and China,” Editor of a Nepal-based media house reportedly said in a statement.

Oli-led new Nepali Government has a special focus on strengthening of bilateral ties and diplomatic relations with the neighboring nations based on the independent foreign policy.

“As per the directions made by the Nepali Constitution, we will develop the relation with friendly nations, especially the neighboring countries, international unions and organizations, on the basis of independent foreign policy,” the Communist Party of Nepal-Unified Marxist Leninist (CPN-UML) and Maoist Centre (CPN-MC) said in a statement on December 17, 2017.

“The Indo-Nepal ties are not just about government-to-government relations, but about people-to-people ties. India will work with any party that comes to power in Kathmandu. Similarly, the Nepal of PM will work with Delhi irrespective of his ideology. India remains a key factor in Nepali politics, society and religion and this fact cannot be ignored,” a Nepal-focused political expert said in a statement earlier this month.

With regard to Indo-Nepal ties, Oli said, “As one of the recently elected people’s representatives and leader of the largest party in the federal parliament, I’m eager to work together with Excellency and your government for the betterment of our two countries.”

“The election of representatives at all levels of government should set the stage for responsive governance based on the principles of transparency, inclusivity, and rule of law,” the US Department of State Spokesperson Heather Nauert had said in a statement expressing US’ willingness to work in collaboration with the new Government of Nepal.

Implementation of new Constitution is another matter on priority, on which, Oli said, “Everyone has participated in the elections under the structure envisioned by the constitution and the results are accepted. Its shows, there is no confusion remaining over constitution.”

Industrial development has also been on top of Oli’s developmental agenda under the new governance. 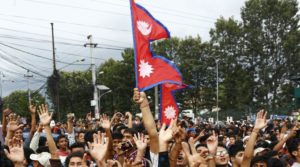 “We should accelerate our pace to the road of political and economic aspects of the country. Our aspirations, needs and plans should base development and prosperity,” Oli had stated earlier at the 37th Annual General Assembly of the Management Association of Nepal in Kathmandu, earlier this week.

Oli looks at industrialization as the means to boost country’s productivity and job creation.

Legalization of underground money is another item in Oli’s priority list which he feels is utmost important for the country’s overall development.

“Its legalization should be allowed. It should be allowed to be laundered. A way for laundering should be provided. I wish the hidden money could be invested. It could help idle people get employed. Maybe we can think about it?” Oli had said in a statement earlier this month.

Oli was also keen on protection of child and human rights as part of successful governance.