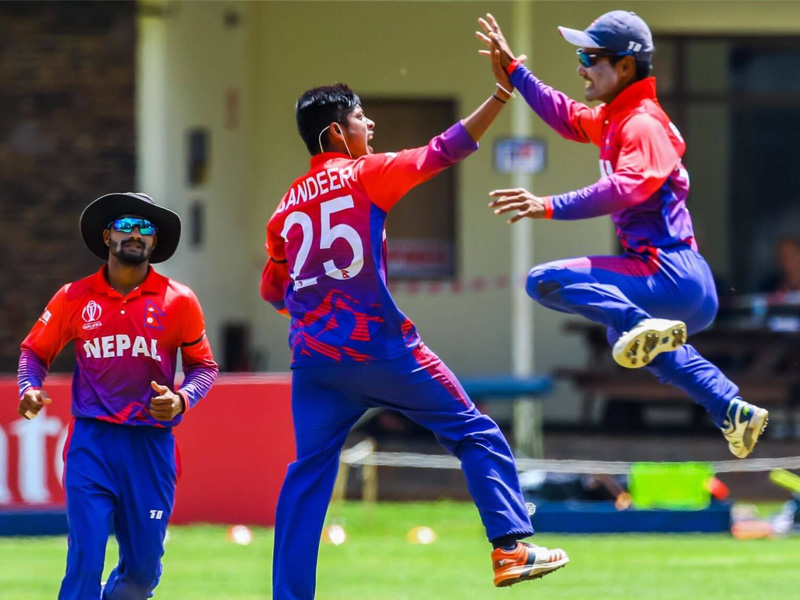 After a short refreshment from the ACC U19 Asia Cup 2018, Nepal kick-started its new journey with the ICC World Twenty20 (ICC WT20) Qualifier Asia (Eastern Region) tournament on October 03, 2018.

The Nepali cricket team made a winning start by fighting out the Myanmar team by eight wickets in a match held in Kuala Lumpur as part of the ICC World Twenty20 Asia Qualifier ‘B’ tournament.

Myanmar chose to bat first. However, it failed to face the Nepali spinning sensations Sandeep Lamichhane and Lalit Narayan Rajbanshi, who claimed a total of seven wickets smashing opponents by giving them just 29 runs in 10 overs.

While Lamichhane claimed four wickets in two overs, Rajbanshi took three in three overs.  Then, Nepal stepped in with its batting line-up!

The start was little jerking with the fall of opener Pradeep Airee in the very second ball and Anil Shah later after hitting a six and a four. But, KC made the rest by hitting 14 runs in 8 balls and remained not out, driving the team to success in a matter of 18 balls at the loss of just two wickets.

Lamichhane stood as the ‘Man of The Match’!

A win never gives relaxation! So, Nepal started gearing up for the second match of the tournament with Malaysia scheduled for October 6, 2018. 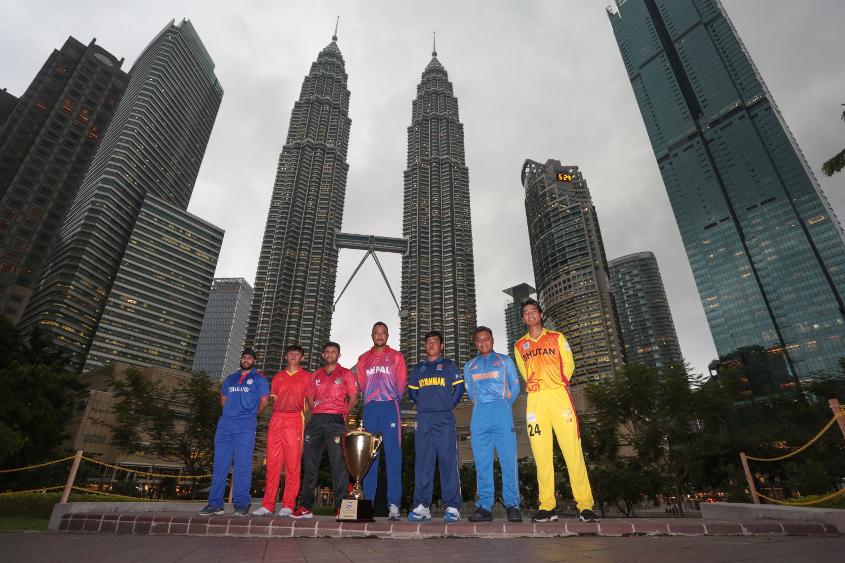 Challenge Ahead!
On the same day, Malaysia battled out Bhutan and Thailand won over China.

Now, the challenge ahead for Nepal is to make it in the ‘top three’ at the end of the round robin league on October 12, 2018, to qualify for the ICC World Twenty20 Asia Finals.

The top-three teams of Eastern region under the ‘Group B’ will join United Arab Emirates (UAE), Qatar and Kuwait, who are already qualified under the ICC World Twenty20 Asia Qualifier ‘A’ for Western region.

Finally, the six-team qualifier round will see the ‘top two’ teams moving to the Global Qualifier round and the top six of the global round will make it to the ICC 2020 World Twenty20 Finals in Australia.

This tournament marks second such attempt for Nepal to qualify for ICC 2020 World T20 championship after its maiden attempt in 2014.

“As a team, we are eager after our last tournament did not go so well. We need to set certain standards for ourselves, but we won’t take anything easy. It is important we play well as a team because this is an opportunity to get to the next round and stay at the top of the tree for as long as possible,” says Paras Khadka, Captain of the Nepal National Cricket Team.