After this match, Nepal stands at the third position on the ranks table.
Cricket
News
Sports 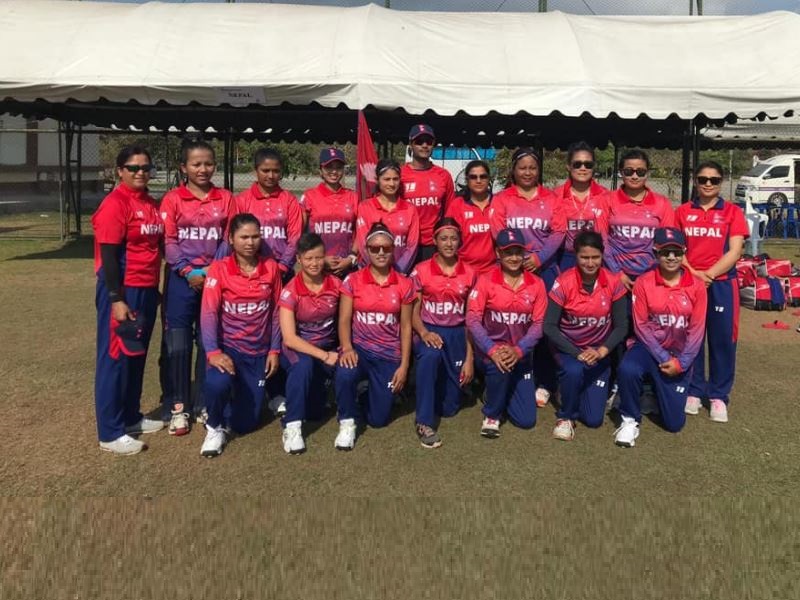 At the final match of the ICC Women T20 World Cup-Qualifier-Asia 2019 in the Asian Institute of Technology Ground, host-country Thailand beat UAE by 50 runs!

Thailand won the toss and elected to bat first, setting a target of 107 runs at a loss of 8 wickets. Nattakan Chantam was the highest Thai scorer, with 35 runs from 30 deliveries.

When it was UAE’s turn, Thailand kept building pressure on UAE’s players. The opponents struggled under Thailand’s strong defense and yielded an overall score of just 57 runs!

Both Nepal and UAE played close contenders for a position in the Qualifiers. If Thailand were to lose any of the matches towards the end of the Asia Qualifiers, Nepal or UAE were sure to be the qualifying team for the 2019 and 2020 World Cup Qualifiers.

Nepal emerged second at the ranks table with 10 points from six matches. The team’s defeat in the second match against Thailand sealed Nepal’s hope for the World Cup Qualifiers.

Nepal registered another striking victory against Kuwait in the 20th match of the ICC Women T20 World Cup-Qualifier-Asia 2019!

Kuwait won the toss and elected to field first.

Nepal began its batting line-up with K Shreshtha, who gave Nepal an 18-run stint. The other opening batswoman SR Magar could not make any runs, as she was bowled by Khadija Khalil in the very first over.

B Rawal became Nepal’s highest scorer with 28 runs from 49 deliveries. The rest of the players scored, 7, 7, 19, and 22 runs, respectively, resulting in an overall score of 116 runs!

Now, it was Kuwait’s turn to bat and chase Nepal’s target.

Then came Maryam Omar, whose 29-run contribution remained the highest score made by any of the team players.

The rest of the Kuwait players scored 12, 4 and 1 runs respectively, leading their team to a total score of 86 runs at a loss of six wickets.

Ultimately, Nepal won the match by 7 wickets. Skipper Rubina Chettri became the first Nepali woman bowler to take a hattrick in T20 international and was declared ‘Player of the Match’ for the same!

With this successive win, Nepal is now at the second position in the ranks table!

Keep up the spirit Team Nepal!

In its fifth match of the series, Nepal played against China and beat the opponent by five runs!

China won the toss and chose to field first.

Nepal’s batting line began with Kajal Shrestha and Sita Rana Magar’s partnership, where the two players registered scores of 18 and 11 runs off 32 and 25 deliveries, respectively.

Besides the two batswomen, Bindu Rawal was the only player in the team to register a double-run score of 10 runs against 16 deliveries, which included a four. The remaining players scored, 8, 7, 6, 5, 3 and 3 runs, each.

At the end of Nepal’s battling line, the team set a target of 77 runs to beat.

Nepal’s Sarita Magar did exceptionally well in the bowling area, where she picked up three Chinese wickets in fours overs.

Besides Magar, Kunwar was the only other bowler to pick a wicket for Nepal. With Nepal’s strong bowling and fielding defense, China was only able to make 72 runs!

After this match, Nepal stands at third position on the ranks table. The Himalayan Nation will now face Kuwait in its next battle on February 27, 2019.

Hong Kong received a crushing defeat at the hands of Nepal in the fourth match of the ICC Women T20 World Cup Qualifier Asia 2019!

Hong Kong lost to Nepal by four wickets on February 24, 2019, when the latter beat the opponent’s 63-run target in the 19th over at a loss of six wickets.

The Nepali innings saw a high, majorly with Apsari Begum’s 24 runs off 35 deliveries. Sarita Magar followed close behind with 16 runs off 30 balls.

Hong Kong team player Jasmine Titmuss claimed the highest number of Nepali wickets, sending three of the players out of the field. Nepal was only able to make 11 runs in 3.3 overs, due to Titmuss’ continuous attacks.

With a tough defense, both these bowlers let the Hong Kong side score only eight and seven runs in a span of eight overs (four per bowler).

Hong Kong’s MBA Lamplough scored the highest runs for her team by scoring 19 runs, including one four. Beside Lamplough, Y Daswani and Bella Poon scored 16 and 11 runs, respectively. 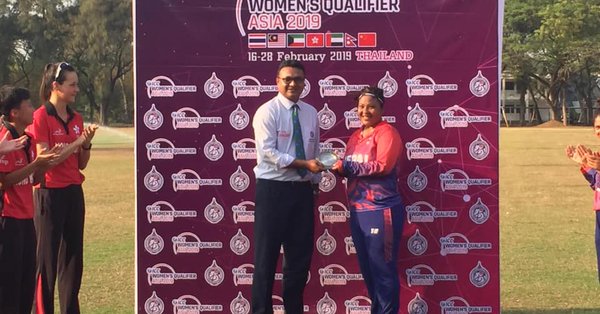 Nepal will next face China in its fifth match of the series.

Recovering from its fall against Thailand on February 21, 2019, Nepal was back to its winning streak in the match against UAE on February 22, 2019.

Nepal defeated UAE with an overall score of 42, at a loss of just three wickets! Nepal skipper Rubina Chhetri made the highest score in the team of 18 runs, while player Kajal Shrestha followed close behind with a score of 15 runs.

UAE, who won the toss and elected to bat first made an overall score of 41 runs with a loss of all wickets in the 18th over. Other than UAE’s Chamani Roshini, no other player was able to register double-digits runs.

Nary Thapa was declared ‘Player of the Match’

With this match, Nepal has gained four points and has won 2 out of the three matches so far. UAE also stands at four points. Nepal will now face Hong Kong on February 24, 2019.

Thailand gave Nepal a blowing defeat by 57 runs in its second ICC Women’s World Cup T20 Asia Qualifier match on February 21, 2019. Nepal made an overall score of 67-8, failing to beat the target of 125 runs set by host country Thailand.

Indu Barma and Sita Magar were the only two batswomen to score double digits runs of 29 and 18 runs, each.

Chanida Sutthiruang of Thailand was announced the ‘Player of the Match’!

Nepal made a good start at the ICC Women T20 World Cup- Asia Qualifier by beating Malaysia at 92-7 in its opening match on February 18, 2019! The match began at the Terdthai Cricket Ground with Nepal winning the toss and choosing to bat first.

Then came Kajol Shrestha and Indu Barmas who contributed 16 and 13 runs, respectively.

However, when it was Malaysia’s turn to bat, the team failed to keep up with Nepal’s pace and crumbled at 92 runs with a loss of 7 wickets in 20 overs.

Sita Rana Magar of Nepal was announced the ‘Player of the Match’! 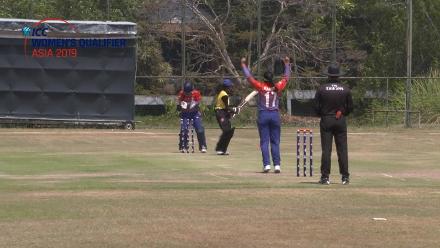 Seven countries including China, Hong Kong, Kuwait, Malaysia, Nepal, Thailand, and UAE will be competing with each other in the round robin format.

Presently, Asia is one of the strongest out of the five regions with teams such as Thailand (12th), UAE (14th) and Nepal (16th). All of these Asian teams are in the ‘Top 16’ of the MRF Women’s Twenty20 International Rankings.