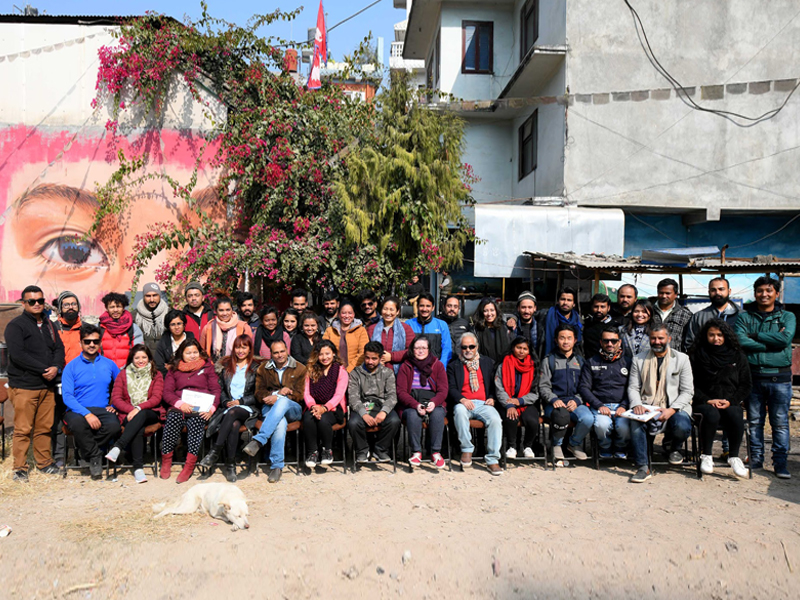 Speaking at the inaugural event, the Prime Minister extended his government’s commitment to allocating funds for theater promotion in the next fiscal year.

”Our government will help in theatre development. We have already started internal discussions about this,” Oli added.

He also said that any country’s development is incomplete without arts, literature and culture.

The Prime Minister congratulated the organizer of the festival. The Festival Director also thanked Oli along with other supporters and donors for the successful organization of the event. 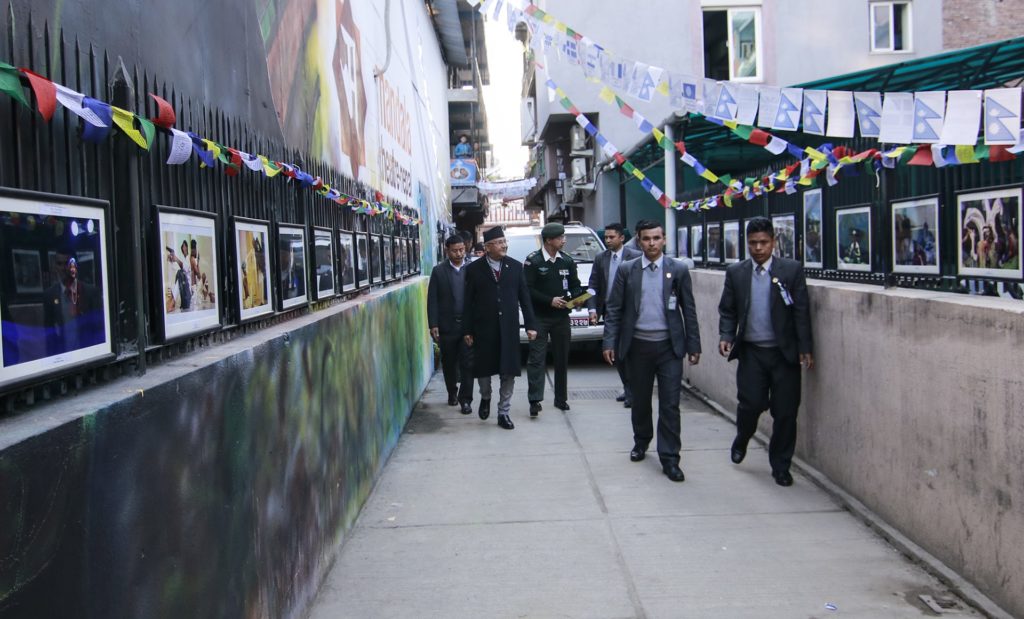 “We are trying to develop a style to tell our own stories,” said Rajan Khatiwada, Festival Director.

“We used to see such festivals all over the world and longed to have one in Nepal too. Considering the rise in interest in theatre in Nepal, it was high time Nepali performers showcased their popularity by coming up with an inclusive, large scale festival,” added Khatiwada.

He also said that for any society to become prosperous, ‘meaningful thinking’ is always essential and the theater festival will be crucial in developing such thinking.

Nine leading Nepali theater personalities were honored at the inaugural event, including: 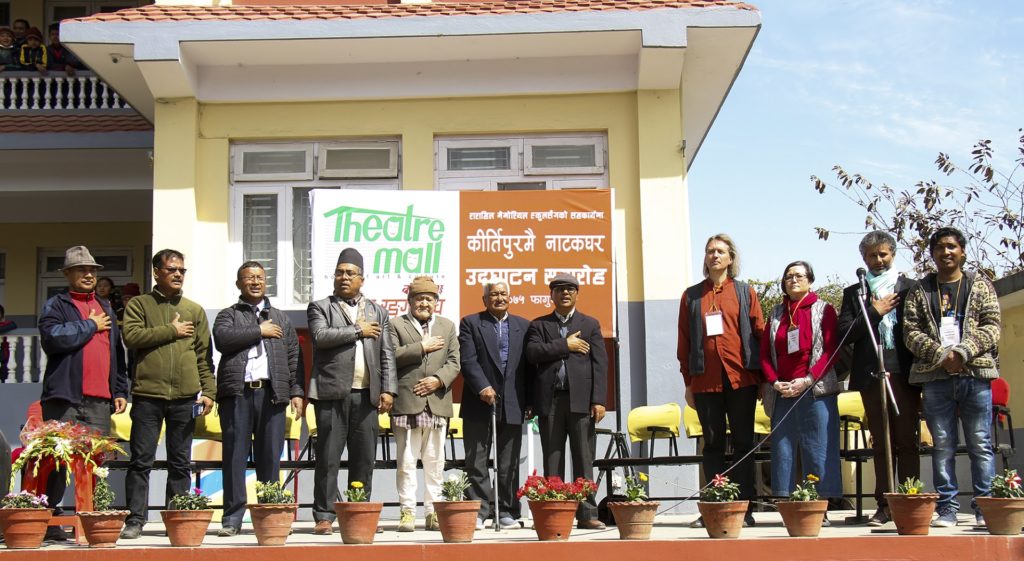 What to Expect at the Nepal International Theater Festival?

Besides, there will also be daily panel discussions on different socio-political issues. 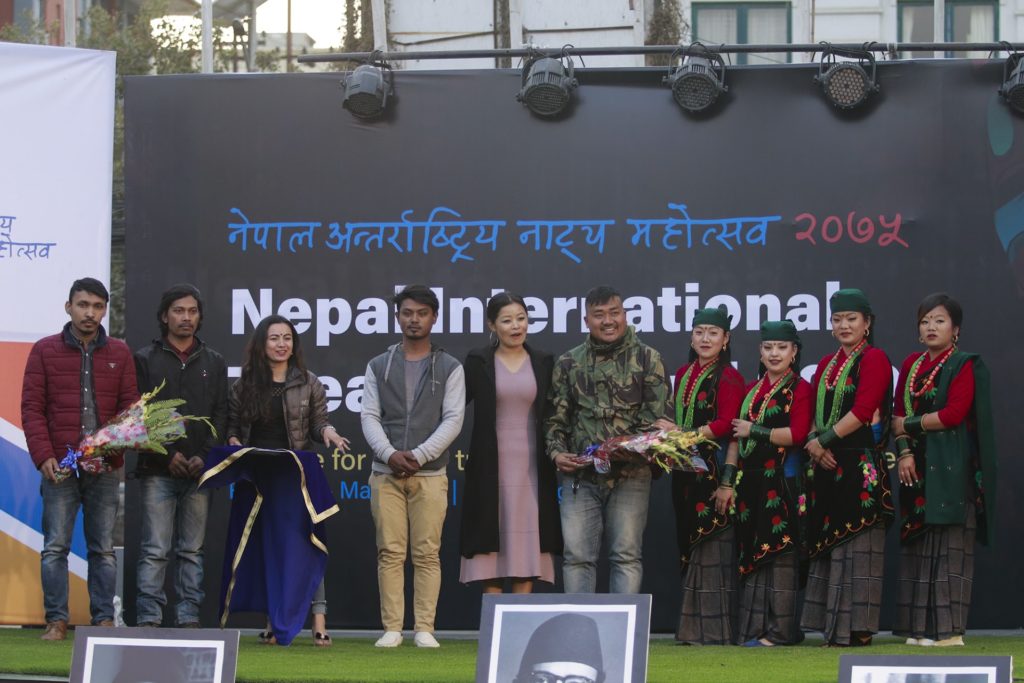 Throughout the festival, there will be regular performances in four theaters across Kathmandu, including:

The Nepal International Theater Festival received 125 entries from various countries. After a thorough selection process, 30 plays were shortlisted including 12 from Nepal and 18 international ones. 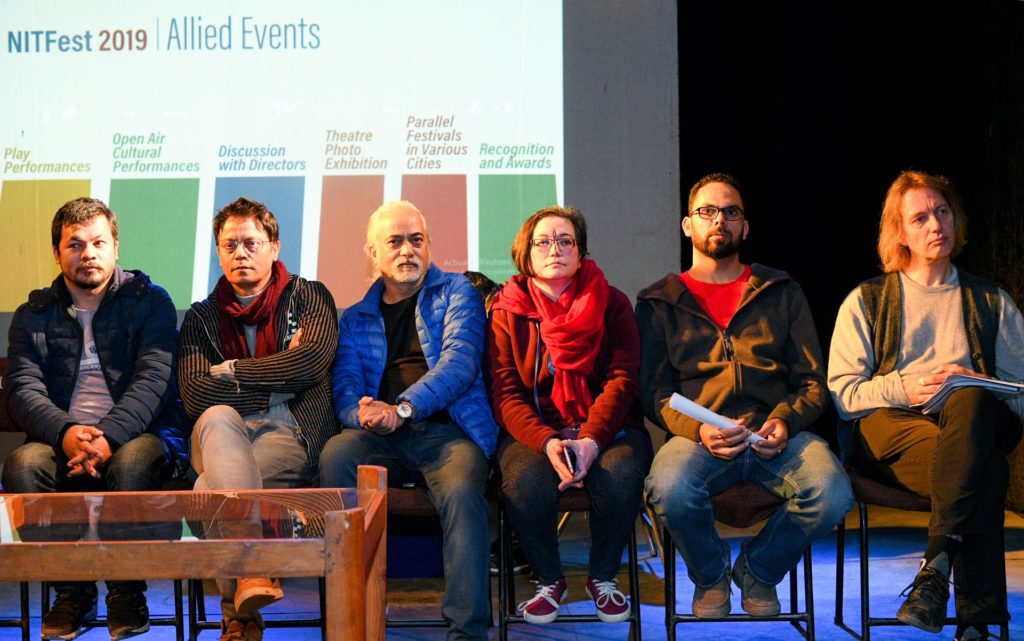 “Our theatre is very different from the formulaic storytelling of cinemas. We try to look for and tell stories that reflect our current society, whose audience do not get anywhere else,” said Anup Baral, Festival Advisor.

“The audience of theatres and cinemas are very different. While cinema is created for a mass audience, theatre is created for more thoughtful viewers who appreciate nuanced storytelling. Our crowd is mostly young students with intellectual curiosity,” says Dayahang Rai, Theater Actor.

The first of the day festival began with the theater play ‘Rape Machine’.

The play opened with Actress Diya Maskey shown in a marriage setup, where she is seen wearing a rope instead of a garland of flowers. In the next scene, she is shown sitting in a bus where she is sprayed with white foam, portraying how women are molested in public transport.

After the act, volunteers walked down the aisle handing out candy with unique messages such as,

‘Today it is her, tomorrow it could be you’ and ‘Don’t tell me how to dress, tell them not to rape.’

The initial play at Mandala Theater embodied the essence of modern Nepali theater, which is ‘realistic’, ‘hard-hitting stories’ and ‘experimental storytelling’. 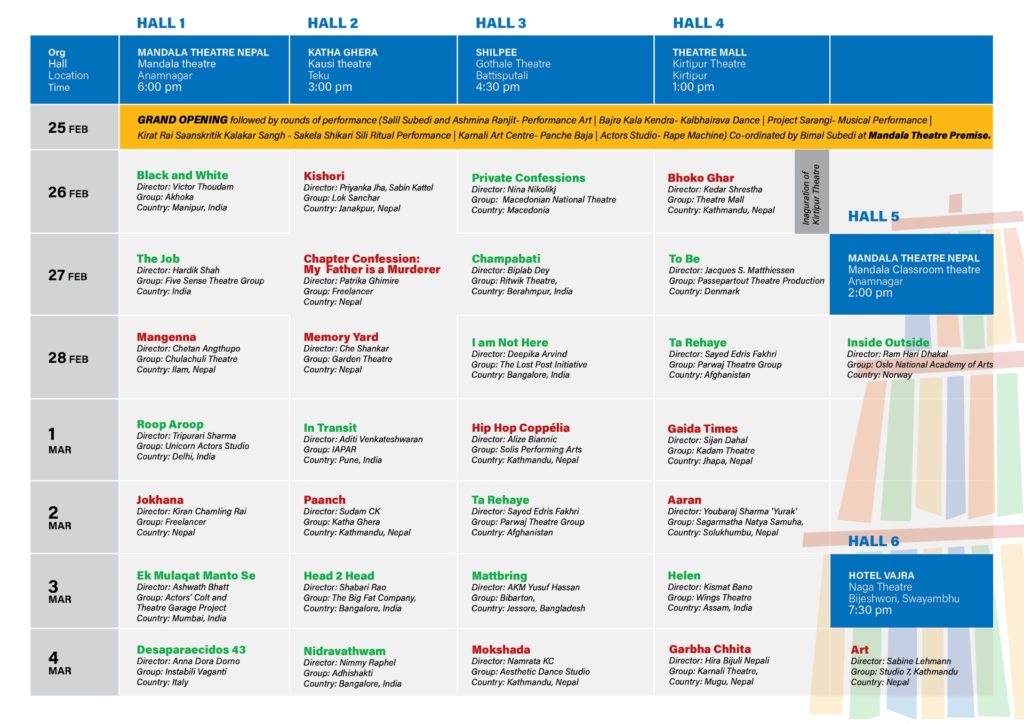 So Nepali theater lovers? Are you already watching Nepali modern-day theater unfold before you?