With the ICC approval, the organizers are planning to hold DPL 2019 during February 9-23, 2019.
Cricket
News
Sports 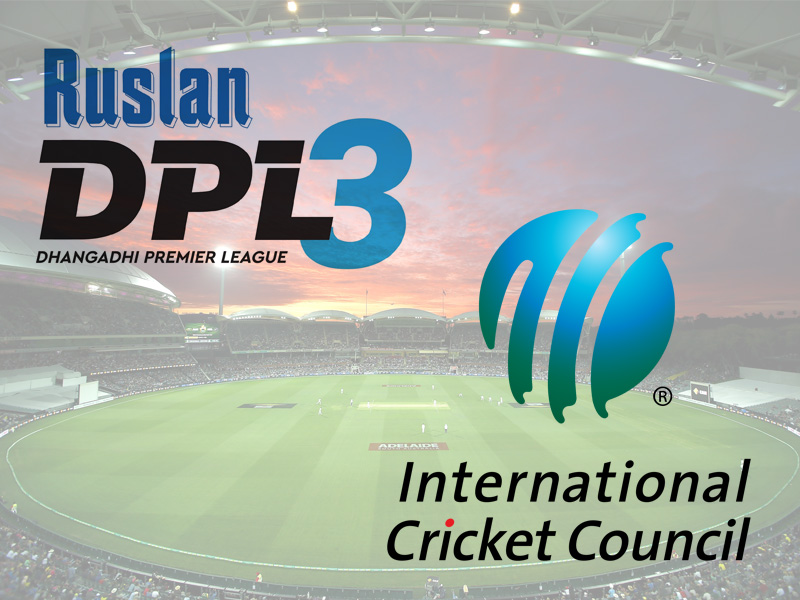 In an exciting news for Nepal cricket lovers, the International Cricket Council (ICC) has given its nod for the Dhangadhi Premier League (DPL) 2019.

ICC approval to DPL 2019 gave the organizers a chance to involve international players in the tournament to their squads, says Subash Shahi, Chairperson of Dhangadhi Cricket Academy. 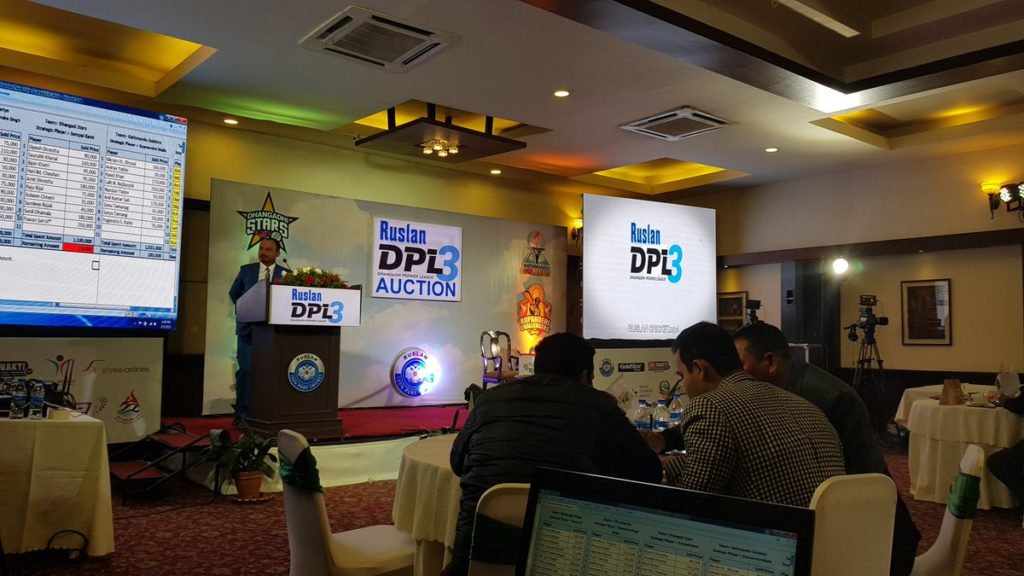 #DPL2019 is going to have six teams playing in it, which include Dhangadhi Stars, CYC Attariya, Rupandehi Challengers, Mahendranagar United, Kathmandu Golden, and Biratnagar Kings.

The tournament will see 19 matches in total and individual players for all teams have already been chosen through auction. The DPL tournament runs in a round robin format.

Nepal is gearing up for the prestigious Dhangadhi Super League starting from February 09-23, 2019. In the latest update for the fast-approaching league, the Dhangadhi Stars have introduced two foreign players in the club, UAE Captain Rohan Mustafa and India’s Sagar Trivedi.

UAE Skipper Mustafa has a track record of playing 27 one-day internationals and 25 T20 international matches for his country.

On the other hand, Trivedi has also played for his national league, India Premier League where he represented Rajasthan Royals.

All That You Need to Know About DPL!

Continuing the streak of being one of the ‘highest cash-prized Twenty-20 franchise league’, DPL organizers have further decided to increase the cash prize for the winning team to NPR 3 billion! The Dhangadhi Cricket Academy has increased the winner’s amount by NPR 500,000, while the runners up alone get NPR 1.2 million.

The ‘Most Valuable Player’ gets golden shoes and every ‘Man of the Match’ will get NPR 15,000!

Likewise, the organizers have planned prizes for the ‘Man of the Series’, ‘Best Batsman’ and ‘Best Bowler’.

This year Dhangadhi Premier League has a total cash purse of NPR 6 million!

Hosting the event at the new venue, the Fapla stadium has increased the tournament’s overall cost to NPR 50 million. The venue has five playing pitches that were laid down by curators from Mumbai.

DCA President Subash Bahadur Shahi informed that all preparations for the tournament was completed and they were looking forward to a smooth event.

“We have come up with new experiment in every edition and the third edition is also not going to be an exception. We are hopeful that this edition of the tournament will help in making Nepali cricket more professional. The excitement on the fans are even higher after Nepal’s recent One-Day International and Twenty20 International Series successes against the United Arab Emirates. We are expecting an equally exciting contest this season,” Shahi said at a press conference.

With the Dhangadhi city road expansion project currently in progress, the DCA has coordinated with the Sudur Paschim Transport Entrepreneurs Association, Karnali River Transport Association and Dhangadhi Sub Metropolitan to east access to the stadium and provide free transportation to Fapla Cricket Ground from the Campus road.

The Fapla stadium has a temporary parapet which can accommodate 5,000 spectators. 20 percent of the total ticket revenue will go to the ‘Dream Fapla Project’, while 40 percent will be distributed among the participating teams. 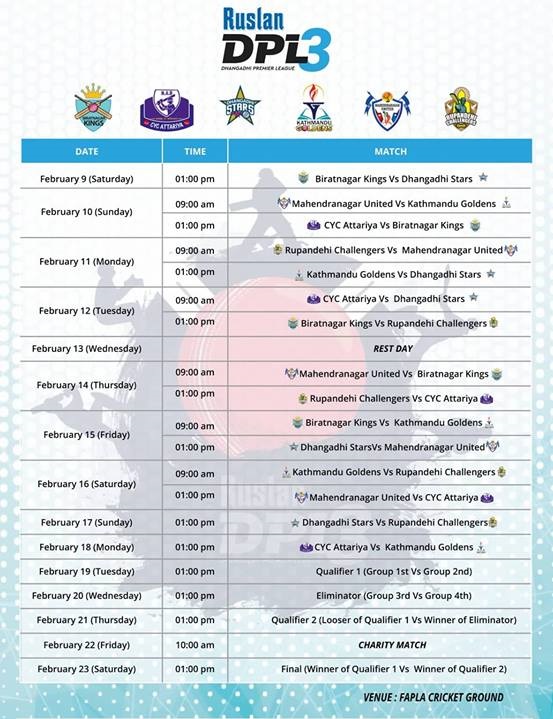 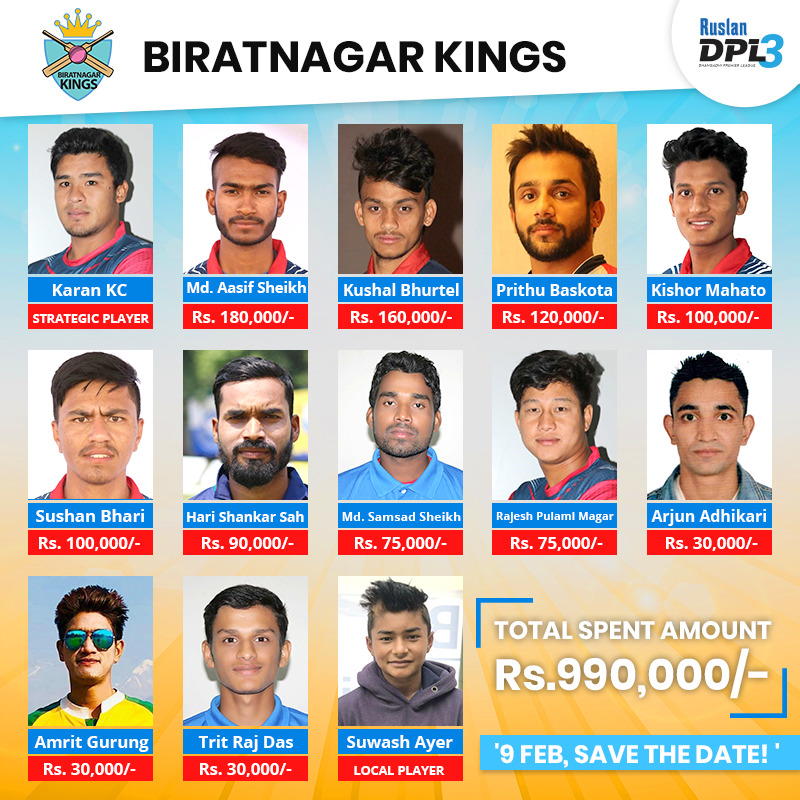 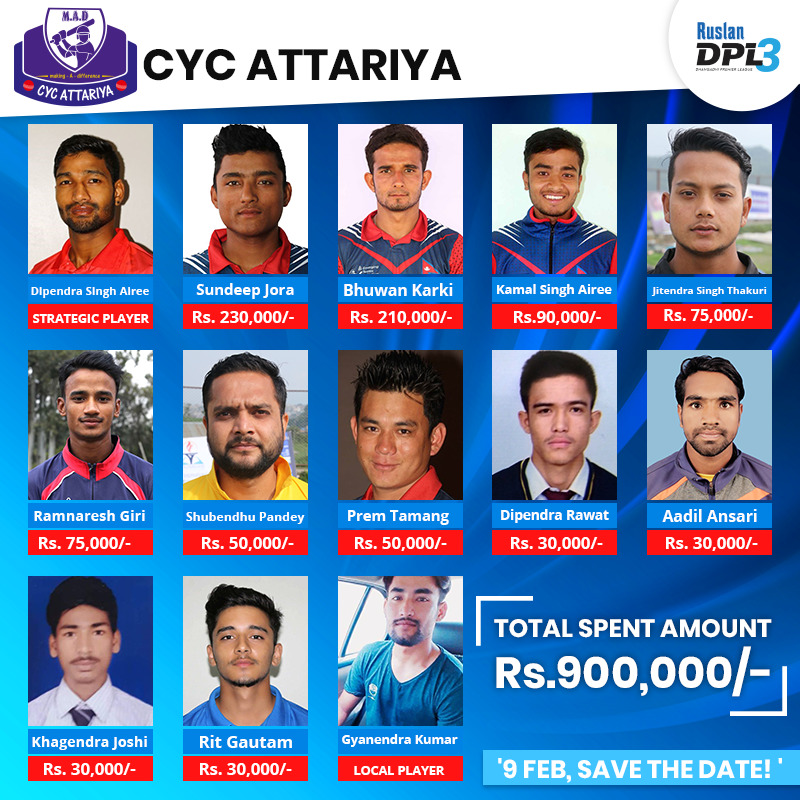 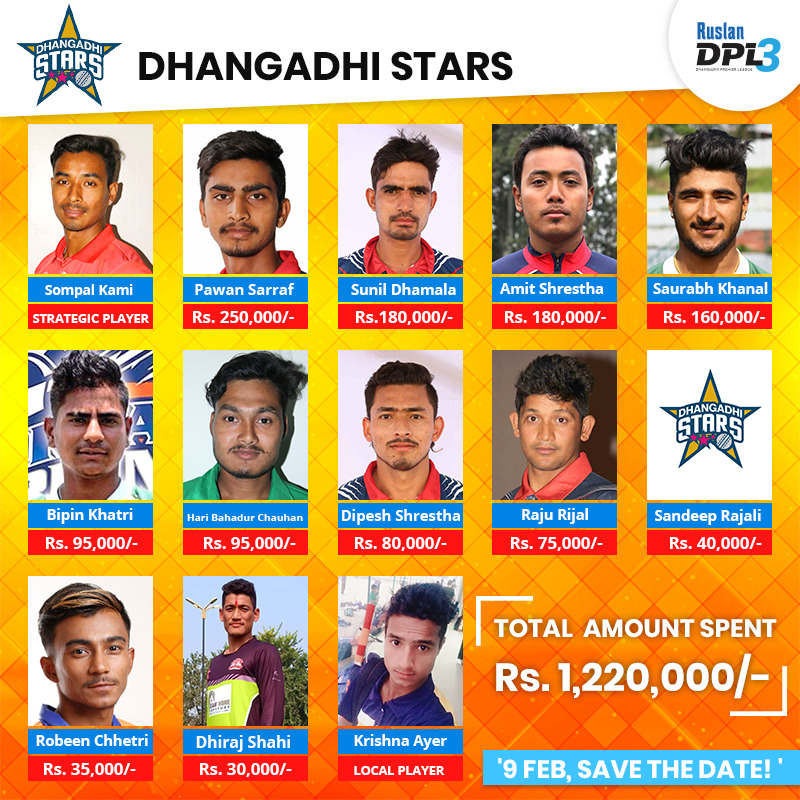 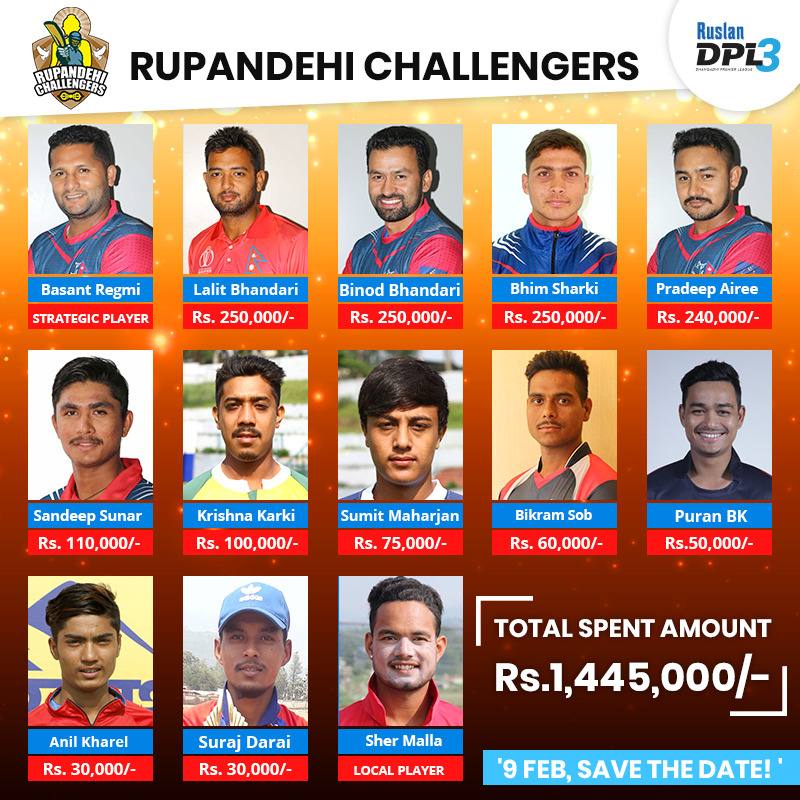