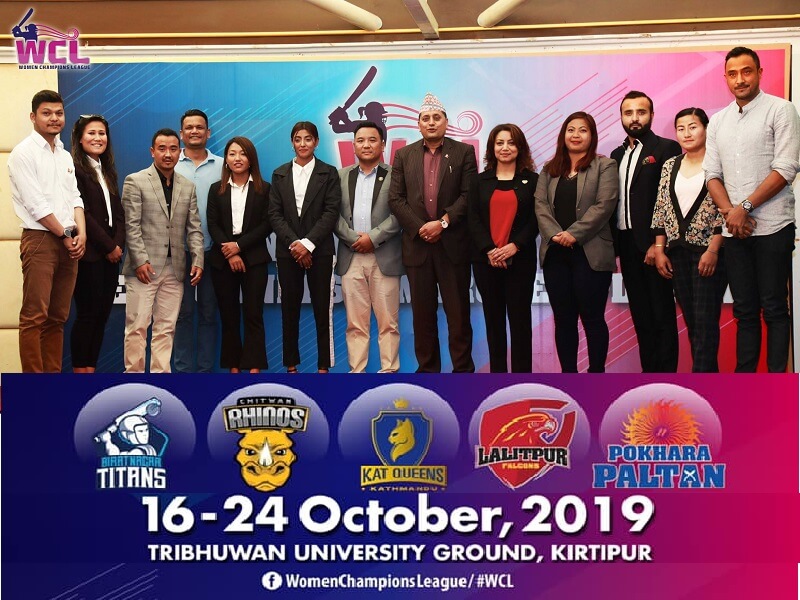 The Tribhuvan University International Cricket Ground in Kirtipur is ready and five teams representing five cities will be competing against each other. 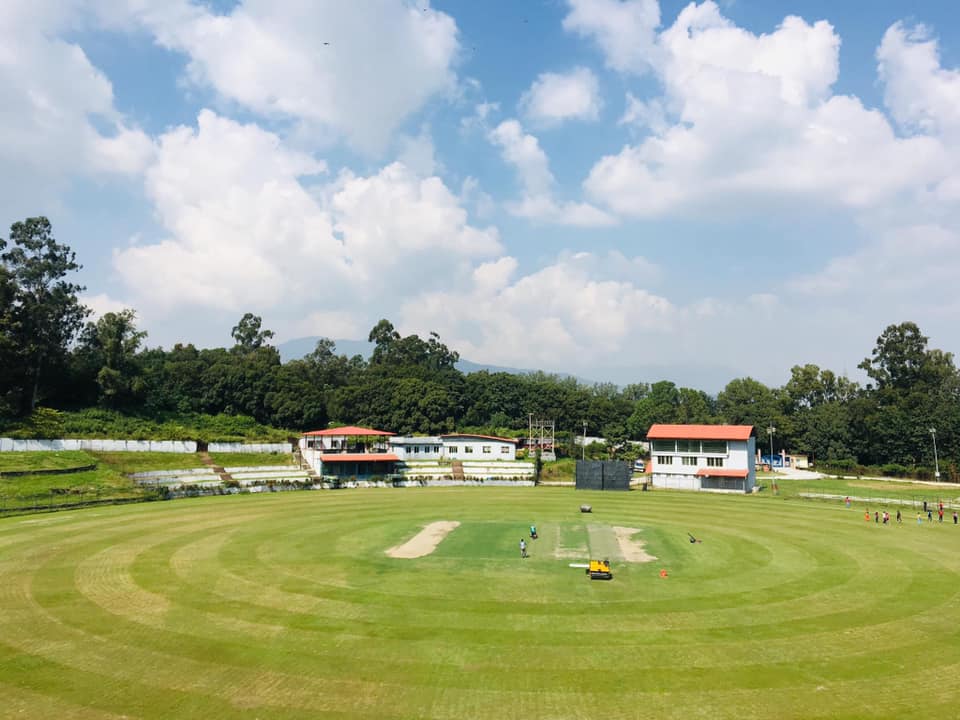 Biratnagar Tigers, Chitwan Rhinos, Kathmandu Queens, Lalitpur Falcons and Pokhara Paltans are the five teams. The players have also arrived in Kathmandu for the upcoming tournament. 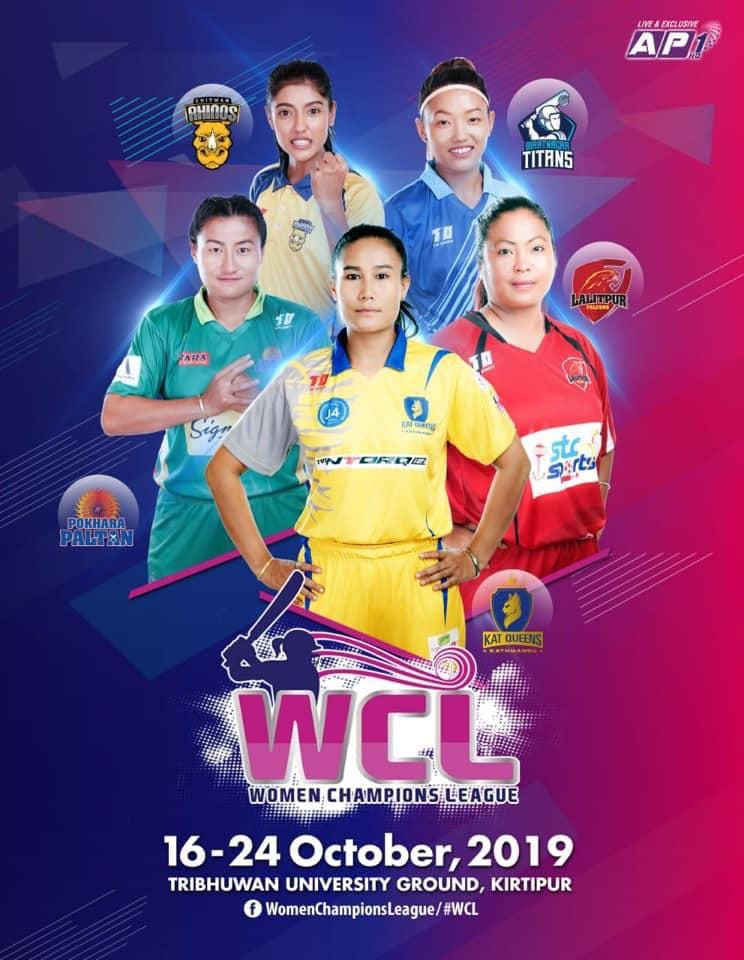 The first match of the tournament will see Kathmandu Queens and Chitwan Rhinos lock horns with each other.

Captain of the national women’s team and WCL 2019 Kathmandu Queens team captain Rubina Chhetri said that the players in the tournament were excited at the opportunity.

“We all are excited as we are getting the chance to play in the highest-level cricket tournament,” she said. At the same time, we also have a kind of fear in our mind that the tournament is beginning tomorrow and our performance will decide the fate of our team and the event,” she said.

“We are getting the chance to play the franchise-based cricket after 12 years of struggle in the national team. This is the beginning and I hope the next generation players will get benefit from these kinds of tournaments,” Thapa said.

Sita Rana Magar was thankful for the opportunity and said that the WCL was a special event for women cricketers. 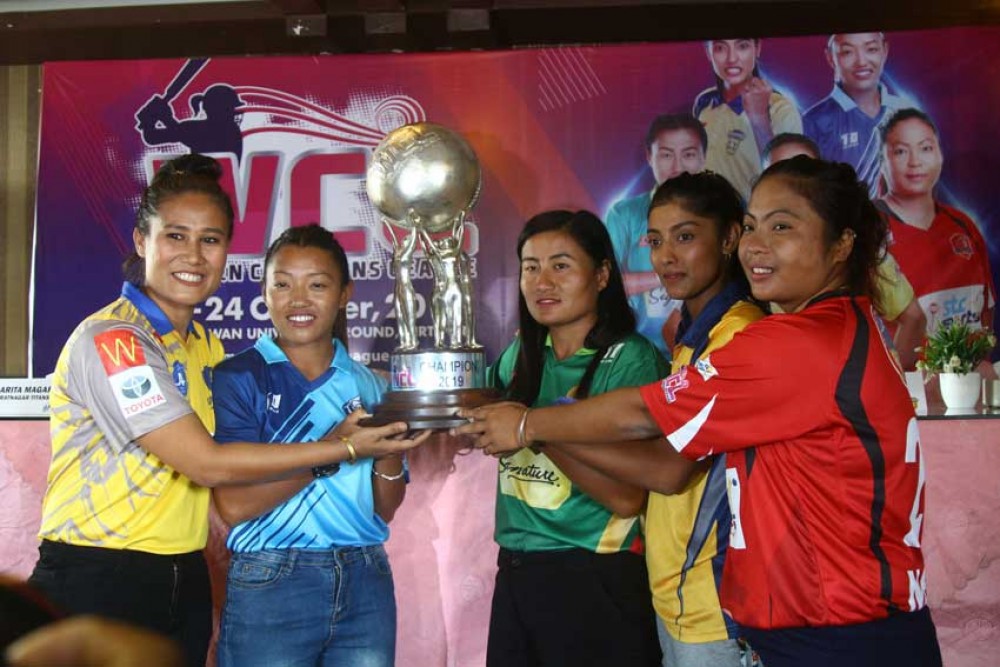 While the best batsmen and bowler will get NPR 25,000 each and each player of the match will be awarded NPR 5,000. 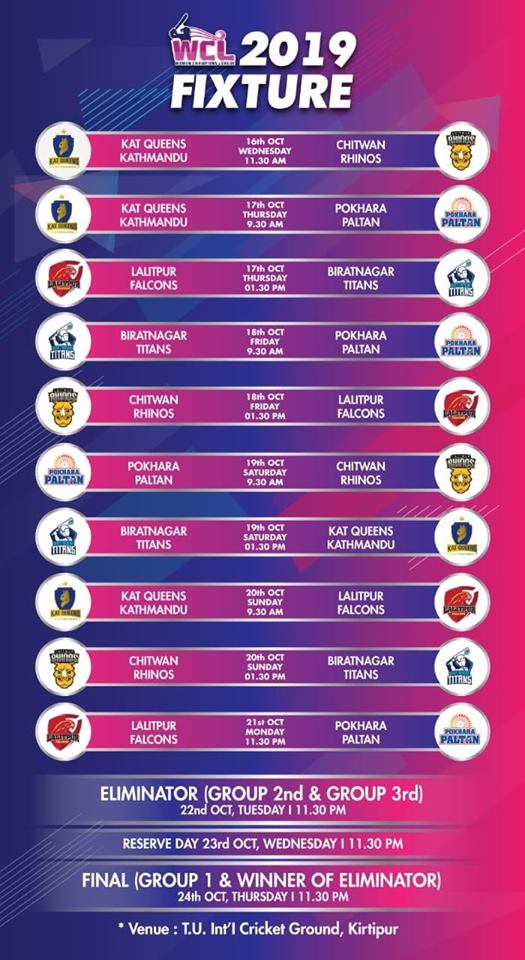