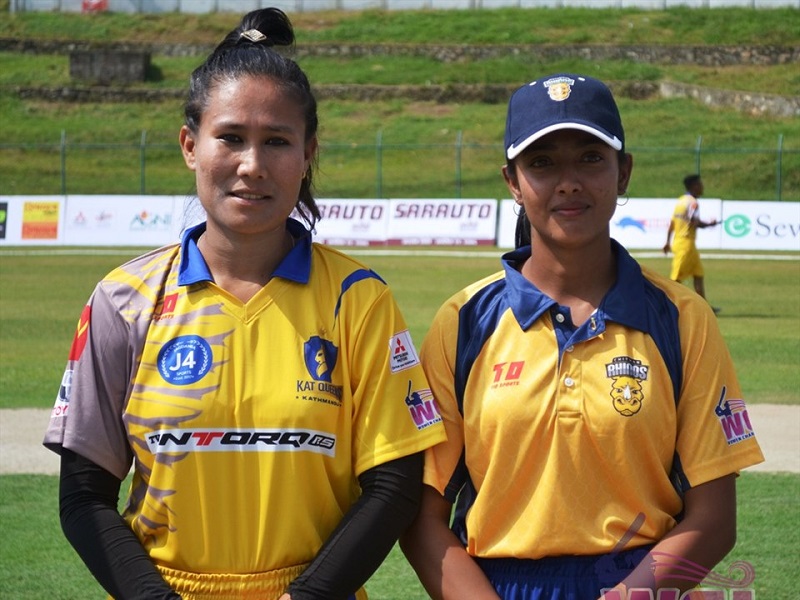 Rhinos won the toss and elected to field first. Kat Queens began their innings with RS Chaulagain and Sobha Aale. Both players scored 34 and 9 runs from 25 and 15 deliveries.

SC Kumari was the second-highest scorer in the team with a contribution of 15 runs from 26 deliveries. 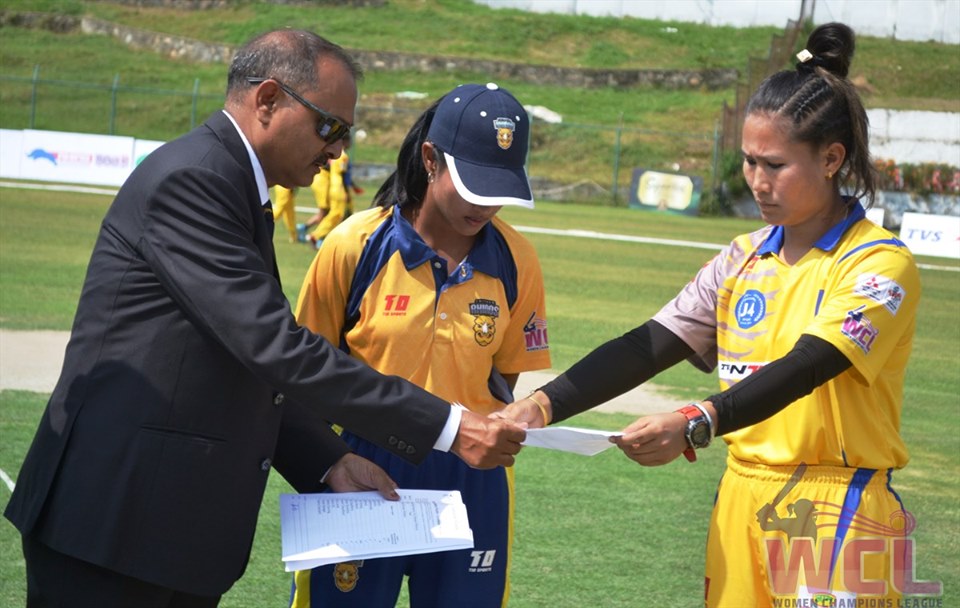 However, the remaining players were not able to register big numbers and with mounting pressure from Chitwan Rhinos, Kat Queens was bowled all out in just 92 runs.

In Rhinos turn, the match began with Kajal Shrestha and Kanchan Shrestha scoring 11 and 6 runs, respectively. 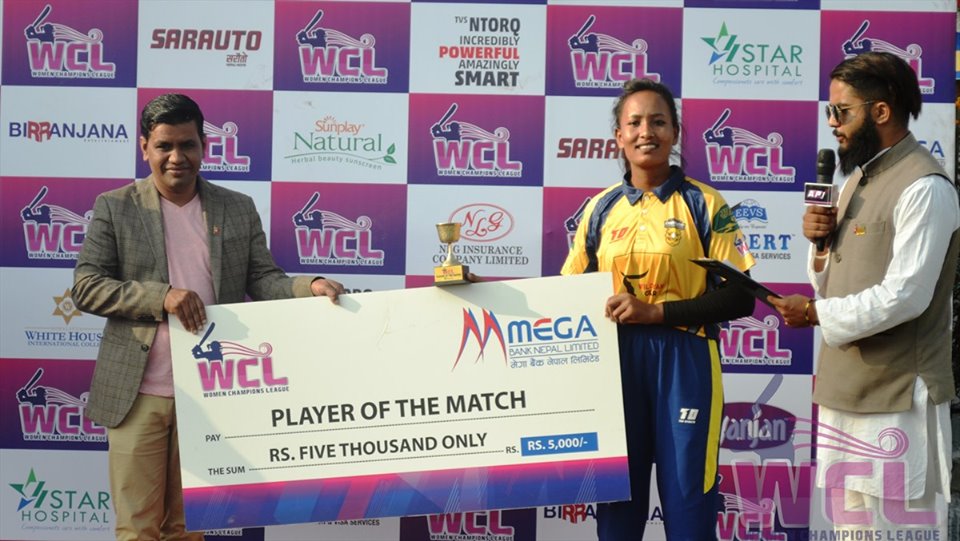 The Women Champions League (#WCL) 2019 kicks off today at the Tribhuvan University Ground in Kirtipur at 11:30 AM NPT.

Kathmandu Queens and Chitwan Rhinos will face each other in the first match of the tournament.

This is Nepal’s first-ever women’s T20 cricket league, which being organized by Queens Event Management. 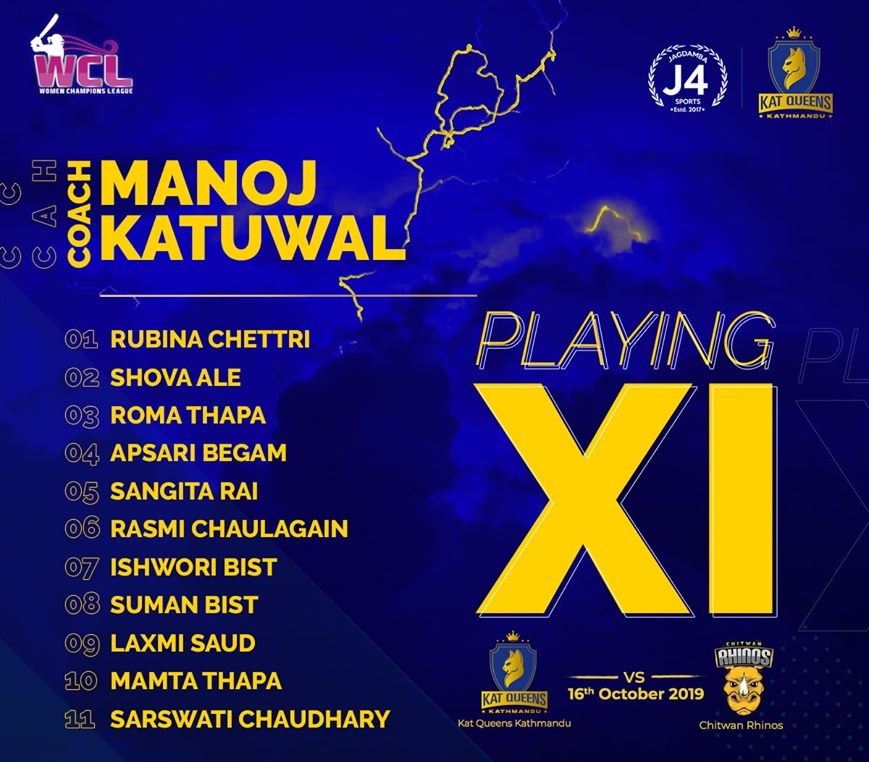 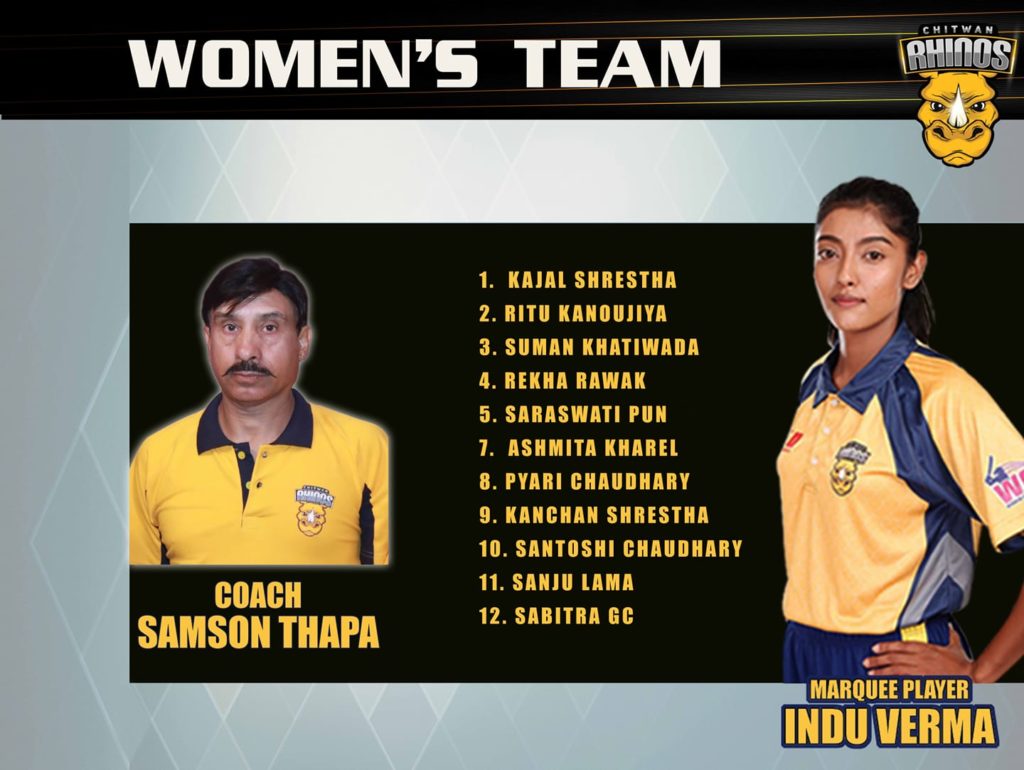