Jordan is at the 98th position in the global FIFA ranking, while Nepal is at 161
News
Special Stories
Sports 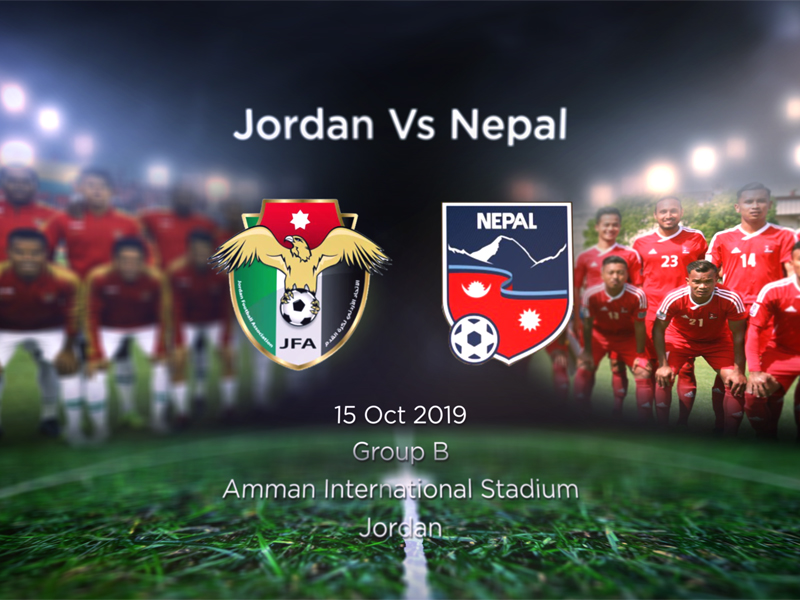 Nepal adds another defeat to its list of lost matches in the FIFA World Cup 2022 Asia Qualifiers.

Jordan defeated Nepal 3-0 at the Amman international stadium on October 15, 2019.

Nepal maintained its ground in the first half of the match, where either of the teams didn’t score any goals.

However, the second half of the game proved to be fatal for Nepal which let down its guard and allowed Jordan to make three goals.

With this match, Jordan stands second on the points table with seven points from three matches. On the other hand, Nepal stands at the fourth position with three points from four matches.

Nepal is all set to face Jordan in the match at the Amman international stadium today at 9:45 PM NST.

Speaking about the upcoming match, Nepal team Coach Johan Kalin said, “Jordan is a tough team and the match is going to be tough for us but we will see what we can do. They are definitely a quite strong team”.

On the other hand, Jordan football team’s coach said, “We must keep three points against Nepal. We couldn’t play well against Kuwait. But the second half was good. We must continue the same form to get complete three points”.

Jordan is at the 98th position in the global FIFA ranking, while Nepal is at 161.

1) Nepal has played three matches as part of the Asia qualifier Round 2 campaign:

In 2011, Nepal was defeated 9-0 at the hands of Jordan in the FIFA World Cup Qualifiers held in Amman. However, the two teams settled with a draw 1-1 at the match played at Dasharath stadium in Nepal. The two teams are facing each other again after a gap of eight years.