Aqib Ilyas has won the ‘Player of the Match’ title for his magnificent century and 3-wicket haul.
Cricket
News
US-Nepalis

Oman defeated the USA by 92 runs in the 5th match of the tri-series of the ICC Cricket World Cup League 2 at Tribhuvan University Cricket Ground, Nepal on February 11, 2020.

Oman lost the toss and were invited to bat first. In the allotted 50 overs, Oman notched up 276 runs at the loss of 6 wickets.

Brilliant centuries by Aqib Ilyas and Zeeshan Maqsood helped Oman to defeat the USA in the second head-to-head match. 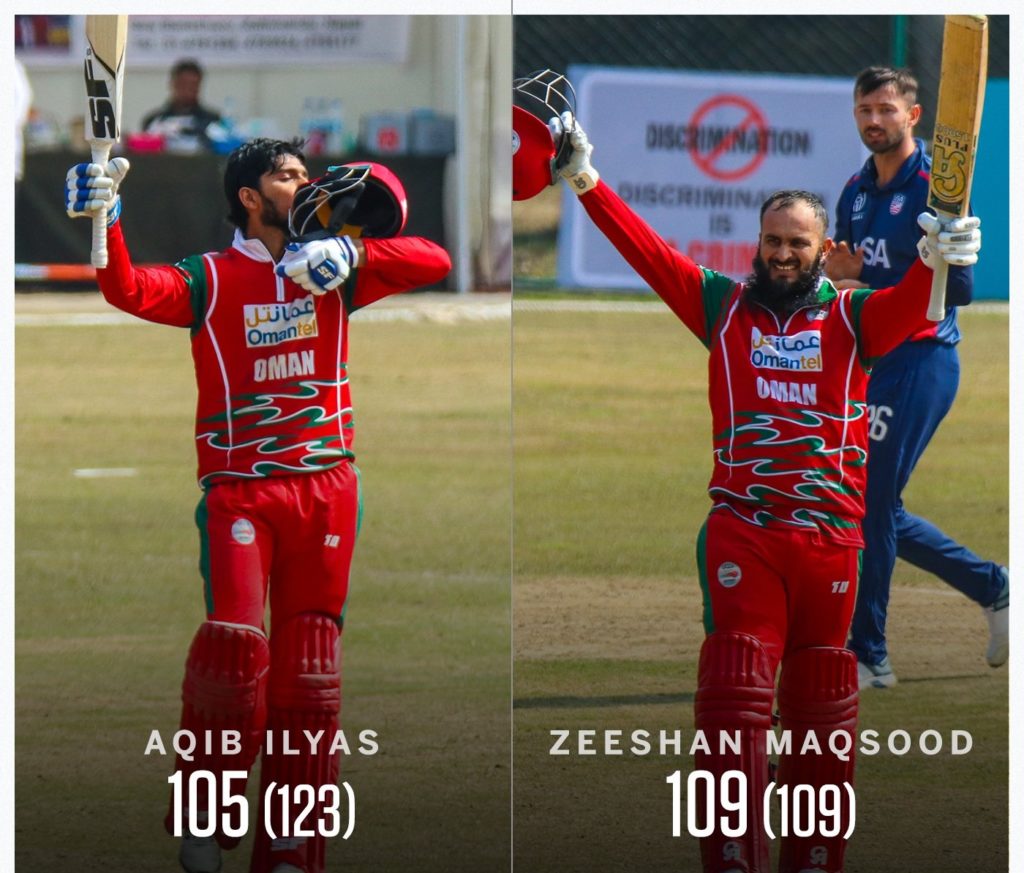 SN Netravalkar and J Theron took 3 wickets each for the USA.

In reply, the USA managed to score only 184 runs in 39.1 overs by losing all its wickets.

NK Patel is the top scorer for the USA at 52 runs including 4 fours and 4 sixes off 36 balls. Aaron Jones made an unbeaten 47 runs including 3 fours off 79 balls.

Aqib Ilyas has won the ‘Player of the Match’ title for his magnificent century and 3-wicket haul.

Oman climbed atop the points table by winning all the matches in the ongoing tri-series. It has won two matches each against Nepal and the USA. 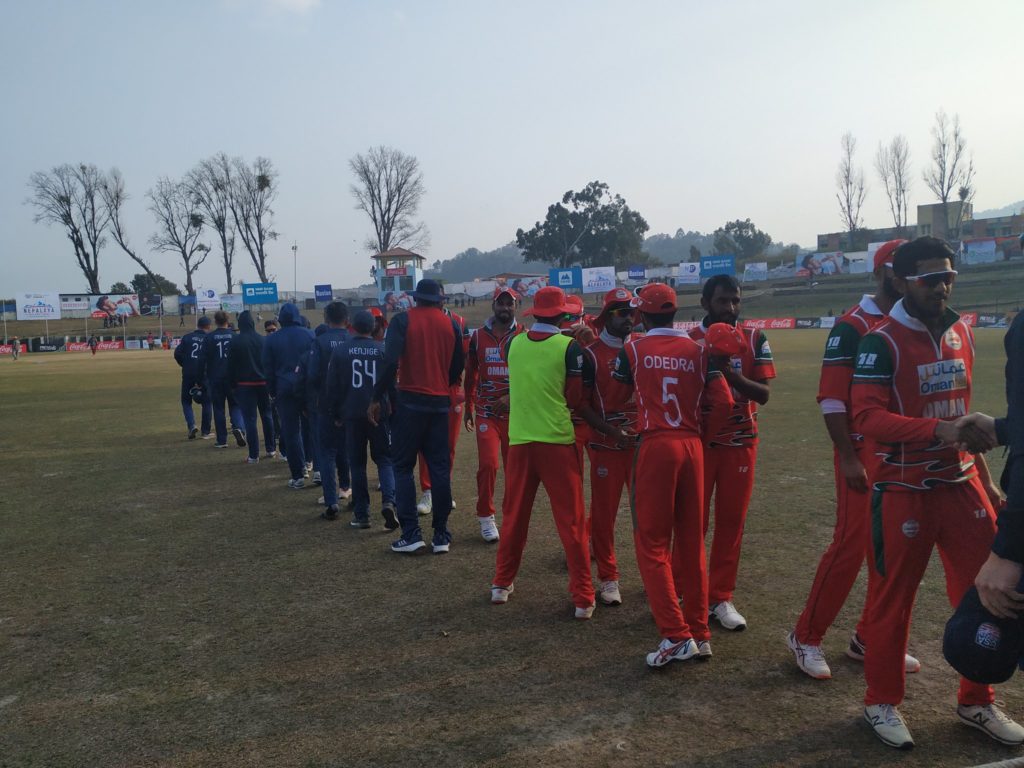 Whereas, the USA has failed to secure a win till now in the series. From making an entry into the event as a lead, it has now slipped into the second spot.

As of now, Oman is leading the points table with 16 points and the USA is at 2nd position with 12 points.

The USA is yet to play one more match in the ongoing series. The USA will lock horns with Nepal in the last match of the tri-series on February 12, 2020.

Tribhuvan University (TU) is the first national institute of higher education in Nepal. It was established…Read more