By the time Google Boy Aditya was three, his normal growth stopped and he developed a physical condition. His speech also slurred and he couldn’t talk.
Inspirational
Special Stories 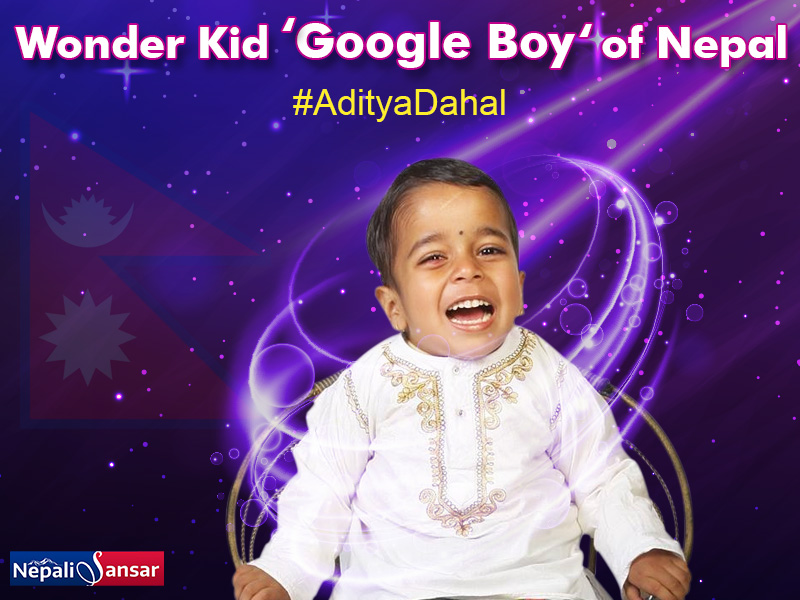 Nature’s miracle or a scientific wonder, the mystery is still unsolved! Nepal’s Google Boy has everyone questioning their rationality.

So, Who is this Nepali Google Boy?
Born on July 23, 2010, the ‘Google Boy of Nepal’ Aditya Dahal hails from the town of Chabahil and is the son of Sesh Raj Dahal and Ishwora Guarani.

The little lad began to baffle everyone with his astounding knowledge on almost everything, which is impossible for a 3-year old toddler to know. 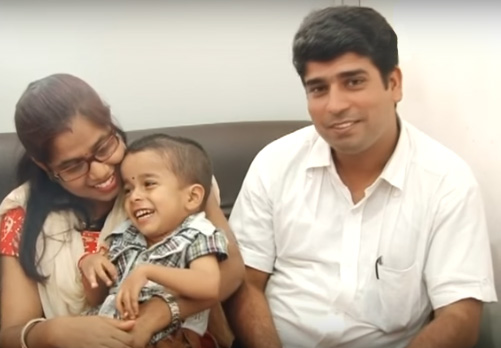 What is more surprising is that he had not even began receiving basic education or learned the skill of writing, when he first began to reveal his knowledge.

He never said a word, but surprisingly wrote every answer they asked him and to be more precise, in the following languages— Nepali, English Korean, Chinese and many more!

Some Answers that Stunned Human Understanding:
Among the many questions he was asked, here are some very interesting ones he answered:

It is humanly impossible to know all of this information at the age of two!

The Many Theories Surrounding Aditya’s Rare Phenomena
Many people believe that this is some psychological disorder. While some call it Academic Syndrome that scientists associate with extreme introversion, others believe it is Savant Syndrome where a person displays extraordinary gifts after experiencing a head injury.

Some believe that his condition of paraplegia, where an injury in the spinal cord results in impairment of motor or sensory function, is responsible for his extraordinary gift.

Aditya’s Ailing Health:
By the time Google Boy Aditya was three, his normal growth stopped and he developed a physical condition. His speech also slurred and he couldn’t talk.

Although the Nepali boy’s parents took him to the Neuro Hospital in Kathmandu, the doctors couldn’t diagnose what was wrong with him.

He was then taken to the Kanti Children’s Hospital in Kathmandu but to no avail.

The journey for healthcare took them even to Delhi’s Sir Ganga Ram Hospital. The healing center took numerous tests of Nepali Aditya and then turned the matter over to cutting-edge labs in the USA and Japan to check for any hereditary health issues.

The last healing center they visited was Banepa Hospital for the Disabled only to be disappointed again.

When all scientific hope was given up, they took the spiritual route!

Dahal’s parents consulted an eminent celestial prophet and he informed them that Aditya was going through a mysterious stage called ‘Ulka’ which enabled him to possess these supernatural abilities. 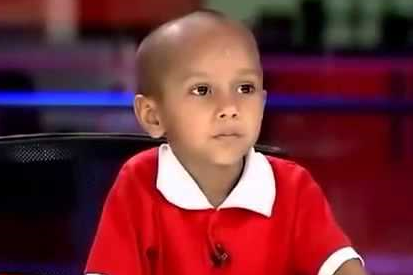 Aditya was the only known ‘Google Boy’ until Kautilya surprised all. Kautilya picked fame with his astounding intelligence and his record-shattering speed in answering questions.

Kautilya was just six years old when he was being compared with Aditya who was four years, then. However, unlike Aditya, Kautilya gained his knowledge from books.

He does not display any supernatural abilities but his specialization in Geography, Politics and General Knowledge made him stand out from children of his age. Kautilya has been receiving formal education in his father’s school and was in Grade 1 when he shot to fame.

He enjoyed similar fame as Aditya but for his participation in the famous Indian educative show, KBC hosted by Amitabh Bachchan.

Aditya’s Accurate Predictions
Coming back to Nepali Google Boy Aditya Dahal, Nepalis can bet on his predictions which were mysteriously correct.

When Aditya was asked about who will take up some prominent positions at Nepal, his answers still leave us trying to figure out his mystery. How could he know such things with 100% accuracy?

He had predicted the following:

And did they come true? Of Course, Yes!

So, What is the latest news on Nepal Google Boy – Aditya Dahal?

Currently, Aditya is receiving treatment at the US, with support from government funding and the Aditya Dahal Foundation that was formed under his name. The organization was mainly started to help Aditya address his physical diseases and disabilities that obstruct his growth and harness his prophetic abilities.

Conclusion:
We hope that this little lad will be able to live a normal life like most children of his age, post his treatment.