The book follows the story of a child widow who goes through numerous hardships in her life.
Inspirational
Nepali Mahila
News 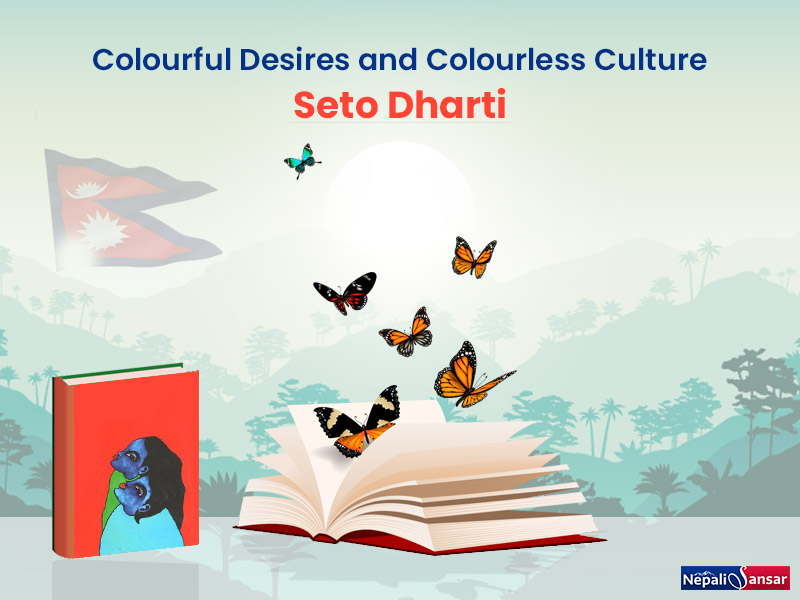 Seto Dharti, one of the most important books in modern literature, turns 10 this year.

The book follows the story of a child widow who goes through numerous hardships in her life.

Tara was born on the day of the 1990 B.S. earthquake – one of the worst earthquakes in the country’s history, which Gandhi claimed as a providential retribution for India’s failure to eradicate untouchability.

The first main event that happens in the book is Tara’s wedding. Getting married at the age of seven was seen as a norm rather than an exception during that time. And so a child unaware of what it means to be married is wedded. So, with this bit of trickery from her parents, Tara unknowingly starts her married life, bringing color red to her life.

In our culture, red is not just symbolic for married women but is integral for any form of celebration and worship. Following her marriage, Tara’s life follows the monotonous labor of rural area that relies on sustenance farming.

Two years after her marriage Tara is widowed. 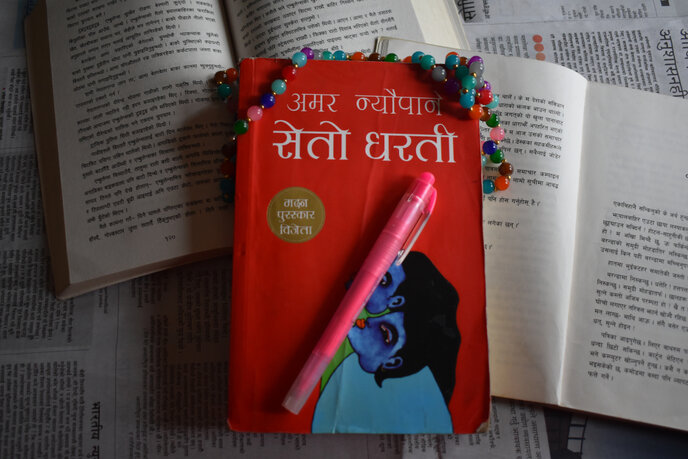 The ideas of purity and impurity are central to our culture with even people and their actions being seen as pure/impure and auspicious/inauspicious.

Mensuration and childbirth are two of the incidents which make women impure and untouchable in our culture, barring them from kitchens, and any religious and cultural places.

On top of this, widowhood makes a woman permanently impure and inauspicious. Not being allowed to be married again in the future, and excluded from almost all festivals and ceremonies, widowhood does literally takes all colors out of their life along with forcing them to clad in white clothes for the rest of their life.

Returning home after widowhood gives Tara a semblance of hope – she can live like a son, her mother says. But tragedy again befalls her in the form of her mother’s death which is followed by her father’s second marriage to a child.

Despite not having any kids of her own, Tara is the primary caretaker for her younger brothers until she does not feel comfortable in her father’s house anymore and at the age of 33 years, leaves for Devghat.

Devghat is a place people go to devote their lives to spiritual pursuits. The concept of Sannyas is an old tradition in our culture, meaning purification of everything in Sanskrit.

To quote Bhagavad Gita, “He is known as a permanent Sannyasin who does not hate, does not desire, is without dualities.” Hence, this action by Tara can be seen as the fulfilment of both the need for purification and the renouncement of desires. 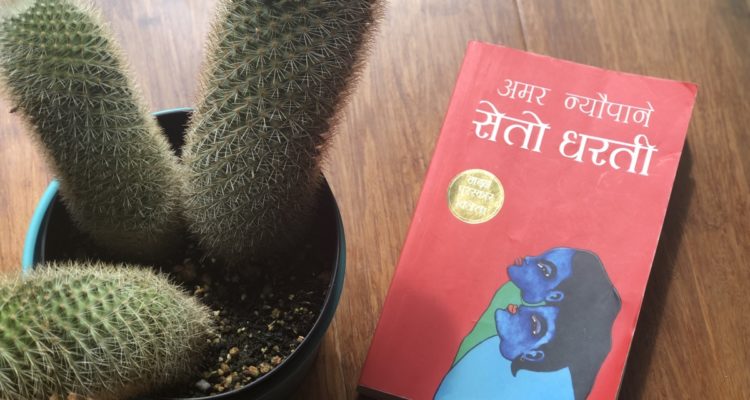 But Tara’s feelings portray anything but this. At the beginning of the journey, all she desires is for her brother to come calling for her, to stop her from going. And throughout the journey, she has other desires, as she continues hoping and fantasizing for an alternative to where she is going.

She fantasizes about marrying a fellow traveller, becoming a wife, and taking a different life path than the one she is travelling towards.

Throughout her young adulthood, we see Tara pondering about her desire for love, sex, and relationships.

Tara suffers through almost all of the social evils that our country’s women of that time had to suffer. It might have been a melodramatic sob story about misery had it not been realistic for a woman to happen during that time.

Along with Tara’s story, the novel follows the lives of two other women whose story arcs seem to be there just to tell us how Tara’s lives would have been in different cases.

All three women do go through their share of trials and tribulations and end up in the same place in their old age almost if to showcase the inevitable rigidity that the society had provided to these women.

The novel always draws a parallel between the colorless and harsh life of Tara and the colorful fantasies and desires that she has for herself.

Through our modern lens, her desires do not seem outrageous or even unreasonable at any point but it seems impossible for any of them to come true for Tara. While Pabitra may be seen at the surface level as someone who did extract herself from the shackles of patriarchy but would we have felt that way if we had followed her journey as closely as we followed Tara’s?