Yehualaw registered a stunning 1:04:46 victory at the half marathon in Delhi on Sunday.
Inspirational
News
Sports
World

Ethiopia’s Yalemzerf Yehualaw registered a stunning 1:04:46 victory at the Airtel Delhi Half Marathon in the Indian capital on Sunday, the second-fastest time in history.

The 21-year-old Ethiopian athlete completed the 21.09-kilometer course in one hour, four minutes, and 46 seconds. She won USD 27,000 in prize money and an additional USD 10,000 as an event record bonus.

Previously, Yehualaw achieved her personal best 1:05:19 when she finished third at the World Athletics Half Marathon Championships Gdynia 2020 last month. She bounced back with aplomb at this World Athletics Gold Label road race in New Delhi to finish the race 1 minute 14 seconds better than the previous record.

“My training since the world championships told me that maybe I could break the course record as I ran 1:05:19 there, but this was more than I expected, and I hoped for a win here after just losing by a second a year ago,” said Yehualaw. 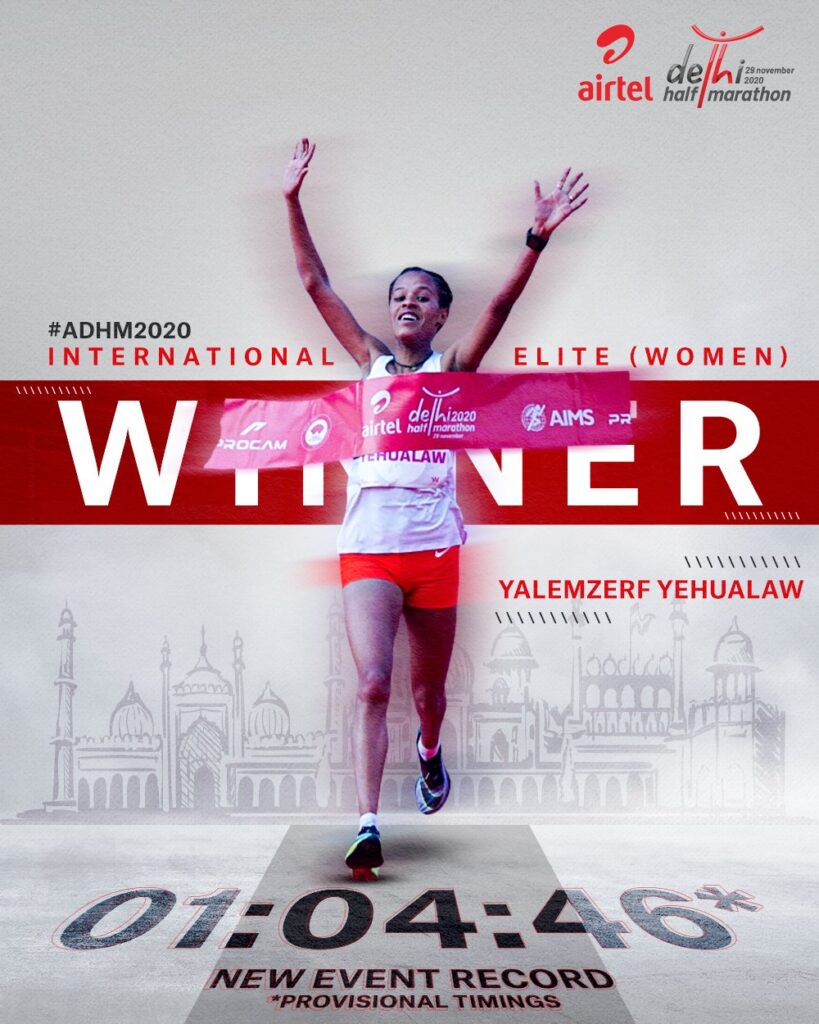 “My plan was to push hard with two kilometers to go, and that helped my fast time, and it was also very nice weather with early morning temperatures in Delhi around 12-14 degrees Celsius,” she added.

The world record in women’s half marathon was set by Ethiopian athlete Ababel Yeshaneh when she finished the course in 1 hour, 4 minutes and 31 seconds at Ras al-Khaimah in the United Arab Emirates in February.

In the men’s race, Ethiopia’s Amdework Walelegn outsprinted his compatriot and two-time defending champion Andamlak Belihu to win the race in 58:53. Belihu finished the race in 58:54, just missing an unprecedented third title.