So far, K2 is the only mountain over 8,000 meters that had not been summited in the winter.
Inspirational
News
Tourism 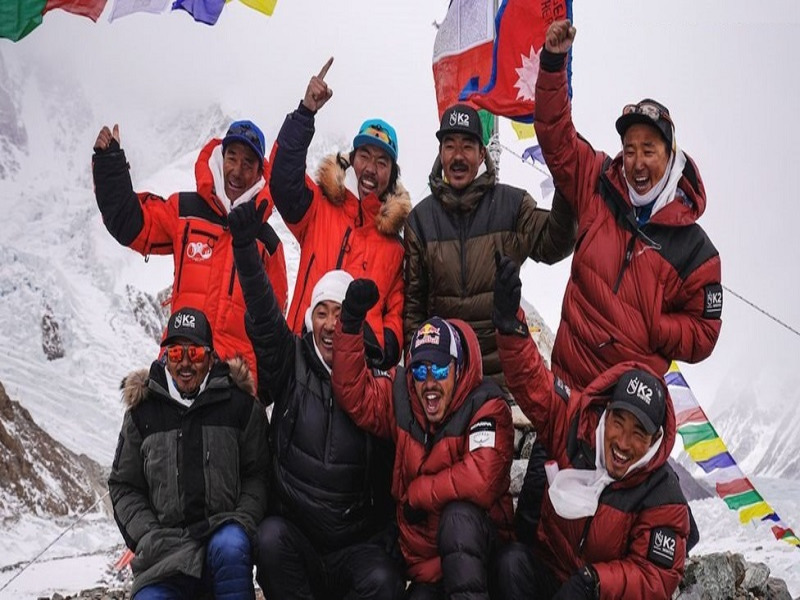 A team of ten Nepali Sherpas on Saturday successfully climbed the summit of K2, becoming the first mountaineers to complete a winter attempt.

The group of Nepali climbers paused 70 meters away from the peak of the world’s second tallest mountain Karakorum’s ‘Savage Mountain’ to wait for each other before making the world record together at 4:56 pm.

The ten climbers are:

However, their success was marred by the unfortunate death of famous Spanish climber Sergio Mingote, who is also on the expedition to climb K2 in winter. He fell down a crevasse on his way down to Base Camp.

“Sad death of Sergi Mingote on K2. He wanted to keep on making history by being part of the first expedition to climb this mountain in winter, and a tragic accident ended his life,” tweeted Spanish PM Pedro Sanchez, in the wake of the accident. 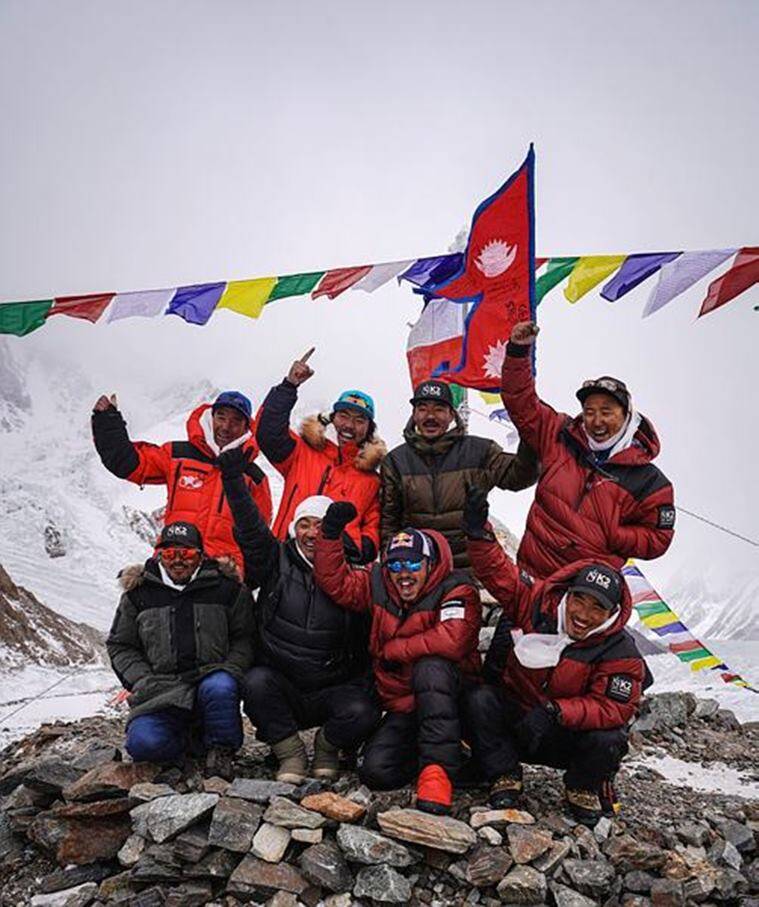 As many as 49 climbers from several teams are now on K2 making attempts to reach the peak.

K2 is the only mountain over 8,000 meters that had not been ascended in the winter. It is dangerous for its steep slopes and high winds, particularly in winter as the surface becomes slick ice. Since the first attempt in 1954 by Italian Achille Compagnoni, 367 climbers had summited the mountain by 2018. And 86 had lost their lives in an attempt to scale the mountain.

The previous record of highest height scaled on K2 in winter was 7,750 meters, set by Denis Urubko and Marcin Kaczkan nearly two decades ago.

Stay Tuned to NepaliSansar for Latest News on Nepal!