Made in Nepal: Now, Robots Serve Food in Nepali Restaurant!

Other than delivering orders, robots like Ginger and Freddy can talk to customers in English
News
Technology 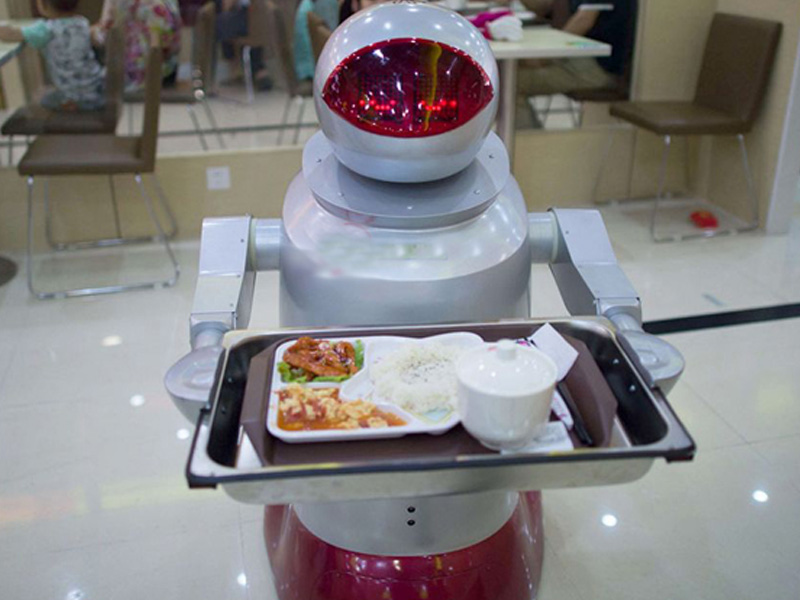 Nepal has always welcomed technology with open arms and the new addition takes its technological advancement to a newer high.

This fine restaurant services its customers with five robots and a digitized menu stationed at every table.

Other than delivering orders, robots like Ginger and Freddy can talk to customers in English. And once the service is taken care of, they return to their charging stations.

What is even more interesting is that the robo technology is a brainchild of Pulchowk-based engineering students and a product of Nepali firm, Paaila Technology.

“Naulo has been open for two weeks but we had been working on creating a prototype for the past two years,” said Binay Raut, CEO, Paaila Technology.

Raut says that Paaila’s team travelled to other countries to research service robots, study their functioning and catch any loopholes, only to create upgraded versions of what already existed.

Talking about the installations at Naulo, Paaila Co-founder Niraj Basnet says, “At the restaurant, we have been able to digitize all customer-facing services, as a everything is more systematic and quick. You can expect food to be on your table within 15 minutes of being seated.”

He also reveals that the robots have been a big hit with diners, especially children.

What’s Next?
Talking about the company’s future plans Basnet says, the company plans to expand its services to the other restaurants in the valley and set up a branch in China, in the future.

We hope that Nepal establishes itself as a leader in technology and creates a league of its own in the competition of world tech giants!