Earlier, heritage conservation activists pleaded with the Supreme Court against its decision on demolition
Government
News 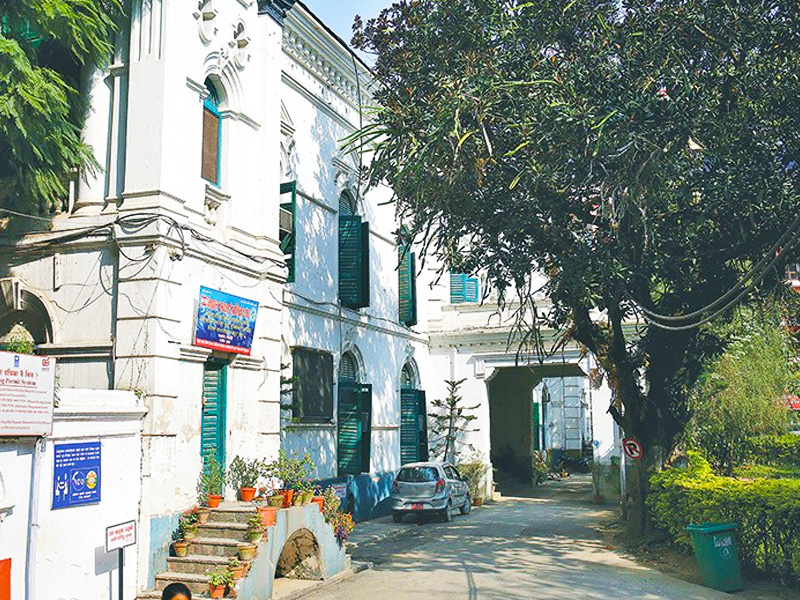 The Supreme Court directed Nepal’s Department of Archeology to reconduct the study of world heritage site Bagh Durbar on November 29, 2018.

Chief Justice Om Prakash Mishra and Justice Anil Kumar Sinha jointly chaired the hearing and deployed a team of independent experts for conducting the study. Following this, the team will submit a report to the apex court.

This decision comes after the Kathmandu metropolitan City (KMC) appealed against the non-demolishment of the historic building, severely damaged in the 2015 earthquake.

Earlier, heritage conservation activists pleaded with the Supreme Court against its decision on demolition when the metropolis was preparing to demolish the site, despite wide criticism.

Besides the Bagh Durbar, the writ also petitions to the SC to protect all the historic palaces of different eras— Lichhavi, Malla, Rana and Shah.

Govt to Focus on Ancient Forts Reconstruction, Conservation
Meanwhile, the government is prioritizing reconstruction and conservation of important monuments related to Nepal’s independence and sovereignty.

The Defence Ministry has prepared an action plan for the revival of seven historical forts within the next five years in the first phase said Baburam Gautam, Ministry Spokesperson.

In the first phase, forts including those in Chisapani, Haripur, Jitpur, Makawanpur, Nuwakot, Sindhuli and Upardanggadhi will be renovated and conserved.

The Ministry plans to assign the aforementioned reconstruction works to Nepal Army.

It is said that the army will carry out the task at a cost of NPR 215.9 million.

Ever since the country adopted Federalism, provinces and local levels are prioritizing protection of ancient forts and monuments within the borders.