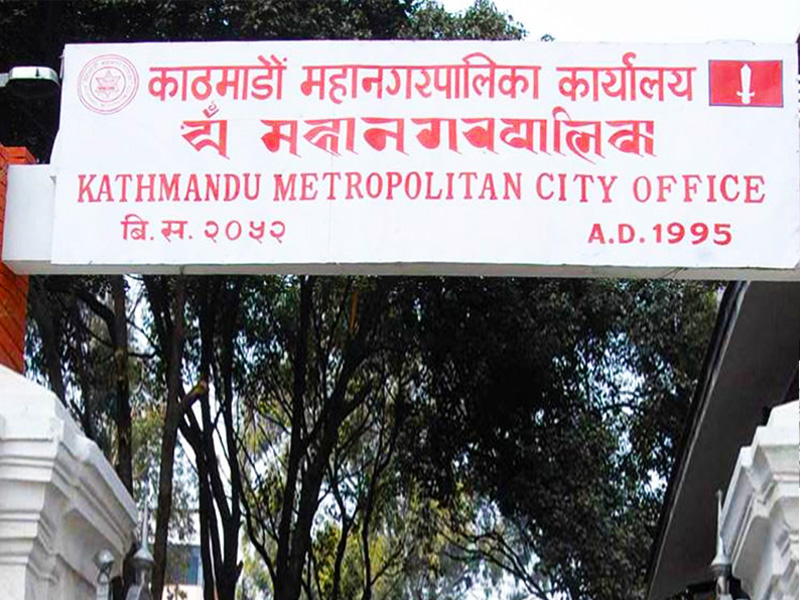 What’s so special about these solar dustbins?

These dustbins not only hold waste but also charge their phones! Surprised? There’s more!

According to the installation company, these trash containers have their own LED indicators to show temperature and pollution.

The dustbins are being put at several locations since November 25, 2018, of which 10 have been placed in major roads of the city until November 27, 2018.

We are planning to install these dustbins in major city roads so that pedestrians can throw solid waste there.  This is expected to greatly control pollution and keep the city clean, said Gyanendra Karki, KMC Spokesperson.

“The dustbin will not only be used to collect waste but also for other purposes like advertising and providing information to the general public,” adds Karki. 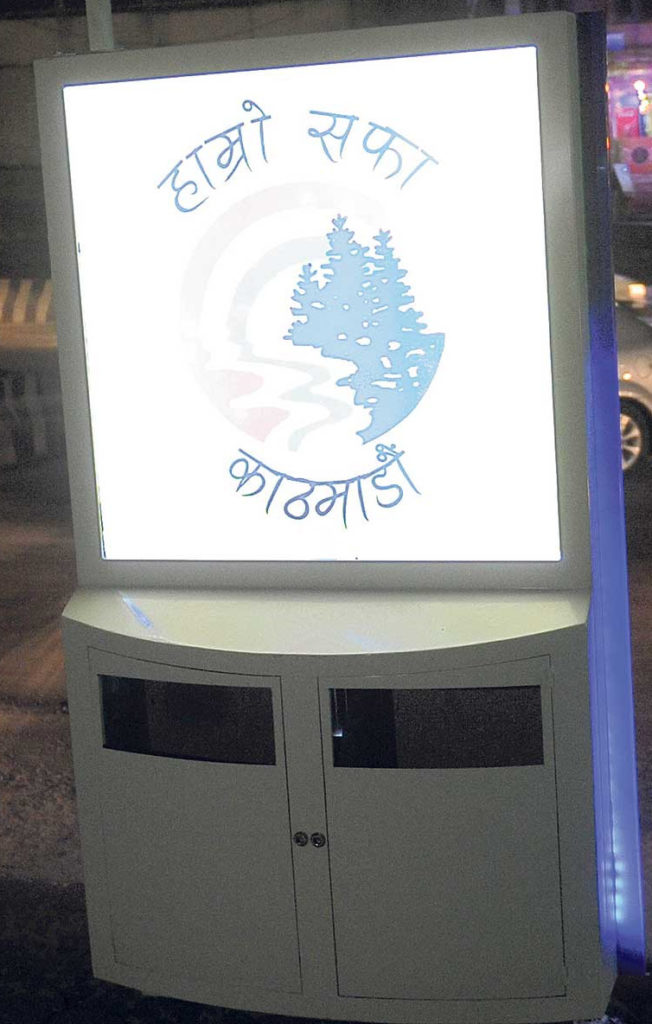 The smart dustbins have been purchased on a public-private partnership model. KMC will generate revenue through advertising.

The smart solar dustbins have already been placed in Bhadrakali, Baneshwar, Maitighar, Thapathali and Sinamangal. We will place them in other parts as well in the next 15 days, said Sailesh Raj Kunwar, the installation company Krishna Suppliers Director.

These dustbins are being installed in the night to avoid disruption of vehicular movement and are firmly rooted in roads reducing the chances of robbery.

According to KMCs recent notice, the guilty will be imprisoned for up to three months or will pay a fine up to NPR 100,000 or both, as mandated in the Solid Waste Management Act 2011.

KMC already issued a circular on the same to the metropolitan’s inhabitants to make them aware of the rules and follow them.

Sources at KMC said that the circular was distributed with the aim to make the capital city clean and beautiful.

“The desire to make the metropolis clean and beautiful can be realized only if the citizens follow rules and regulations properly,” said KMC Spokesperson Gyanendra Karki.

Citizens can give a complaint against lawbreakers on KMC’s toll-free number 1180.

KMS officials informed that the persons committing such crimes will first be given warning. If they continue the practice after the first warning, they will be punished according to the law.

KMC Environment Division Chief Hari Bahadur Kunwar said that as part of the campaign they have sent the notice to the government offices, campuses and schools.

“Those who do not follow the rules have to pay fine or get punishment based on the severity of their crime,” he said.

Sticking of advertisements on walls is also restricted besides street vendors standing on the road side.

Background
Kathmandu Valley’s waste management became an increasing concern since May 2018. The region is worst effected during monsoons.

The road to the Sisdole landfill in Nuwakot gets blocked and trucks are unable to dispose municipal solid waste collected from across the valley.

The landfill is exhausted of space and Kunwar informed that they are in search of an alternative landfill site.

Moreover, dump lying on the roadsides releases an awful stench which is unbearable to passersby and residents, alike.

“Most of the time, we are only concerned about vehicular emissions, industries and brick kilns. But we tend to forget the intensity of open burning [of waste] and its harmful impacts on public health,” said Bhupendra Das, a PhD Scholar with the Central Department of Environmental Science, Tribhuvan University.

Hope this step will curb KMC’s garbage crisis to a considerable extent.