In 1993, the then Kalikot District Council has issued a similar ban but lifted it several years late.
Government
News

The move will put an end to the practice that is the main cause of domestic violence & crimes and establish social order & harmony.

“A peaceful environment has been disrupted because of alcohol consumption. So we have decided to declare Kalikot an alcohol-free zone,” said Netraraj Shahi, District Coordination Committee (DCC) member.

However, this is not the first attempt by district authorities in prohibiting and consuming liquor’s sale.

In 1993, the then Kalikot District Council has issued a similar ban, but lifted it several years late.

As a result of the ban, small-time shopkeepers and local inns in the district have expressed their dissatisfaction over the ban.

“The ban cannot be implemented. There are many business establishments here that sell liquors and pay taxes to the government from the money they earn out of it,” said Chairman of Kalikot Chamber of Commerce and Industry Surya Bahadur Shahi.

“The decision has been made after discussing about the effects of alcohol abuse on an individual’s health, their family and the society. All concerned stakeholders should make effort to implement this decision,” he said.

Ban on Alcohol After 10 PM
Meanwhile, a new directive dubbed Control on Production, Sale and Distribution of Alcohol by the Home Affairs Ministry is expected to come into force. 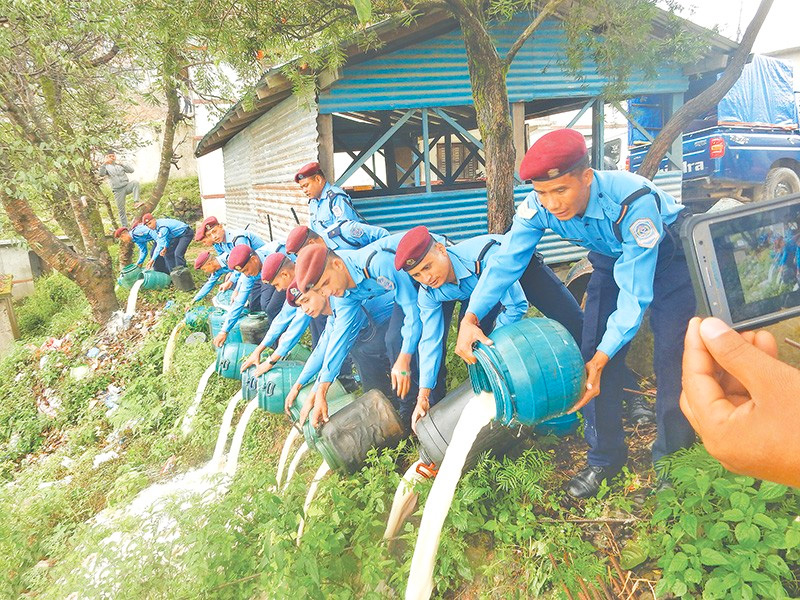 If the directive comes into play, bars hotels, lodges and all other outlets selling alcohol will restrict its sale to 5 -10 PM.

Anyone who wishes to have a drink outside post 10 PM will not be entertained.

“This is a rigid executive order. If it is introduced, the government’s plan to double the flow of foreign tourists by 2020 will never be achieved,” said Pramod Jaiswal, President, Nepal Restaurant and Bar Association, expressing his disagreement.